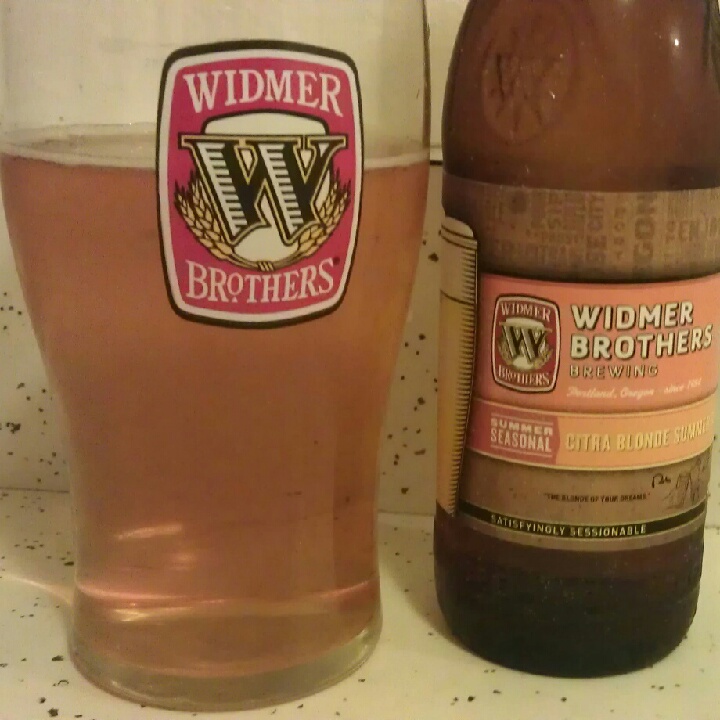 As I was lounging about in my deck chair enjoying the warm rays of summer I found myself deeply concerned about the next beer that I would consume. I have this little problem. Not a drinking problem (or so I tell myself) but moreover a beer buying problem. You see, I buy more beer than I know what to do with. This never appears to be an issue when it comes to a trusty craft Pilsner, Berliner Weiss, or crisp Pale Ale. No, the problem is that I’ve way too many imperials. And during these dog days of summer, a brother just wants to quaff on something he can session. 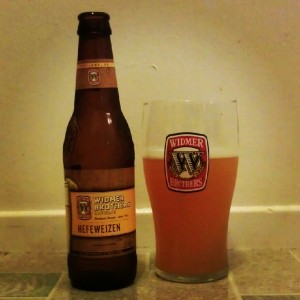 Well, this dilemma that I found myself in was quickly resolved when a box of beer arrived from my friends at Widmer Brothers Brewery. Inside I found four summer beers that were quite different from one another, yet all had two thing in common: drinkability and deliciousness.

These beers from one of Portland’s finest brewhouses included their flagship Hefeweizen, an American style unfiltered wheat that essentially put the Bros on the map, a style that made them famous. Also in the care package was one of the latest in Widmer’s Rotator IPA Series, Shaddock IPA, a fragrant and citrusy IPA brewed with grapefruit peel. This beer makes use of an ingredient that is so often used as a descriptor of the Northwest American IPA style, but here was a beer that actually used grapefruit 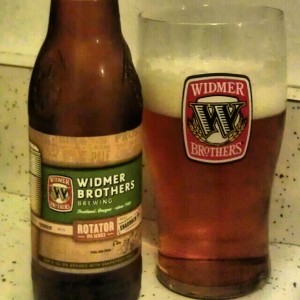 as a key flavor component. Superb! The package was rounded out with my two favorite beers of the day, Widmer’s Citra Blonde Summer Brew and their Marionberry Hibiscus Gose. The first of these employed the currently popular Citra hop, once known as X-114 when it was still in its experimental phase. The hop came to prominence around  2007 and is said to be a cross of Hallertauer Mittelfruh, U.S. Tettnanger, East Kent Golding, Bavarian, Brewers Gold, and other unknown lupulin varietals. A dual purpose hop good for both bittering and aroma, Citra emits, as the name suggests, a distinct citrus aromatic quality with complimentary notes of tropical fruits such as guava, mango, and passionfruit. Executed eloquently in this summer release, the result is a medium-bodied refreshingly hopped brew. Now on to my favorite beer of the lot, Widmer’s Marionberry Hibiscus Gose. One of my all time favorite styles of beer, the Gose is a German style of beer that is mildly tart from the inclusion of lactic acid, yet capped of with a quenching saltiness originally derived from regionally inherent water mineral content. Goses often garner more complexity from being spiced with coriander and a mouthfeel enhancing wheaten malt bill. The Bros spin on the style further de-Reinheitsgetbots the beer with the addition of Marionberries, Oregon’s date fruit, and a dry flowery implementation of hibiscus. The result is not only one of the most satiating beers to be found, but also one of the most beautifully hued offerings. A lush and brilliant crimson-red color lured me in to partake in repeated pulls. 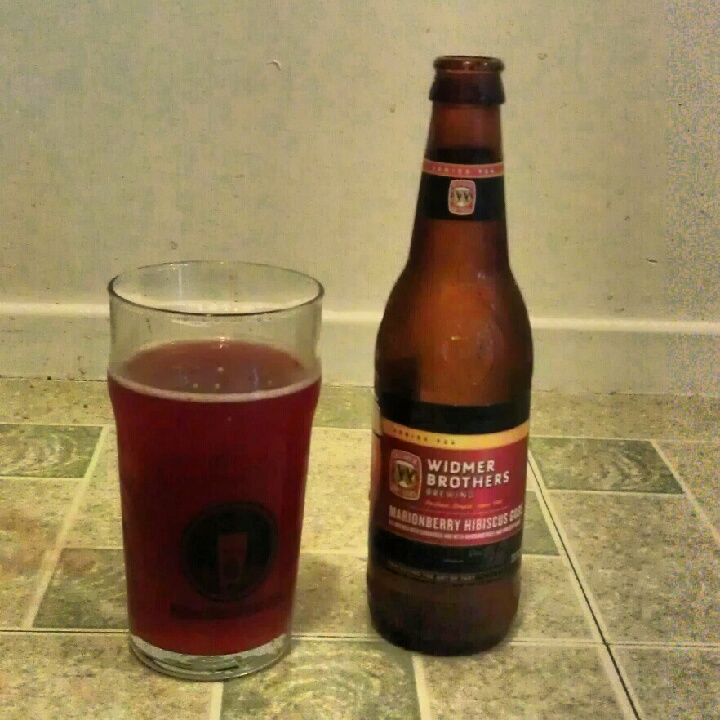 Here’s the full rundown of these four beers from the brewery. And, Widmer, if you’re reading, thank you for making my summer day!

Looking for a great summer beer for your barbecue or after-work drink on the patio? Widmer Brothers Brewing has four beers that are perfect for the warm summer months ahead.

“It’s time to think about thirst-quenching summer brews,” said Rob Widmer, co-founder of the brewery, “and we have options to please every palate – from the new Shaddock IPA and Marionberry Hibiscus Gose to the refreshing Citra Blonde Summer Brew and longtime summer favorite Hefeweizen.”

The recently released Shaddock IPA is the fifth beer in Widmer Brothers’ Rotator IPA Series. Brewed with grapefruit peel, Shaddock IPA is a refreshing new beer that blends the sweet aroma and distinct flavor of grapefruit with the tropical notes found in Citra hops. The beer, which is a slightly modified version of the popular X-114 IPA recipe, offers slight hints of spice and significant but smooth bitterness. Shaddock IPA is available in limited quantities on draught and in six-packs and 12-packs at select retailers.

Another new release is Marionberry Hibiscus Gose, a traditional cloudy German-style wheat beer that balances tart and slightly salty flavors with a soft malt background. Widmer Brothers’ unique take uses a healthy dose of Oregon-grown Marionberries as well as dried hibiscus flowers for a tart, floral profile with clove and coriander flavors to round it out. Marionberry Hibiscus Gose is the latest limited-release in the brewery’s Series 924 and is available on draught, 22-ounce bottles, and four-packs of 12-ounce bottles.

Widmer Brothers has also just released its summer seasonal, Citra Blonde Summer Brew. Citra Blonde Summer Brew offers a subtle, refreshing hop aroma complemented by a light malt body. The Citra hops help create a balanced and flavorful beer with little bitterness. This summer seasonal is available through August on draught and in six-packs at select retailers across the country.

Finally, Hefeweizen is a summertime classic that deserves special mention. Hefeweizen is the original unfiltered American-style Hefeweizen. It is purposefully cloudy in appearance due to live yeast in suspension. Wheat and biscuit flavors provide the backbone to the refreshing beer, which is complemented by subtle citrus and faint spice notes. Serve with a lemon to accentuate the natural citrus notes found in the beer. Hefeweizen is available on draught, in 22-ounce bottles, six-packs, 12-packs, 24-packs and five liter mini-kegs across the country.

Hops: Alchemy for bittering and Citra for aroma

What started as a dream for two ordinary brothers who just loved beer has now become a reality for two ordinary brothers who still just love beer. Kurt and Rob Widmer helped lead the Pacific Northwest craft beer movement in 1984 when, in their 20s, they dreamed of brewing unique interpretations of traditional beer styles. In 1986, Widmer Brothers Brewing introduced the first American-style Hefeweizen; today, the unfiltered cloudy beer is the company’s signature brew and one of the best-selling wheat beers in the country. Based in Portland, Ore., the brewery currently brews a variety of beers including Drifter Pale Ale, Nelson Imperial IPA, Rotator IPA Series, Drop Top Amber Ale and Pitch Black IPA. For more information about Widmer Brothers Brewing, visit www.widmerbrothers.com.