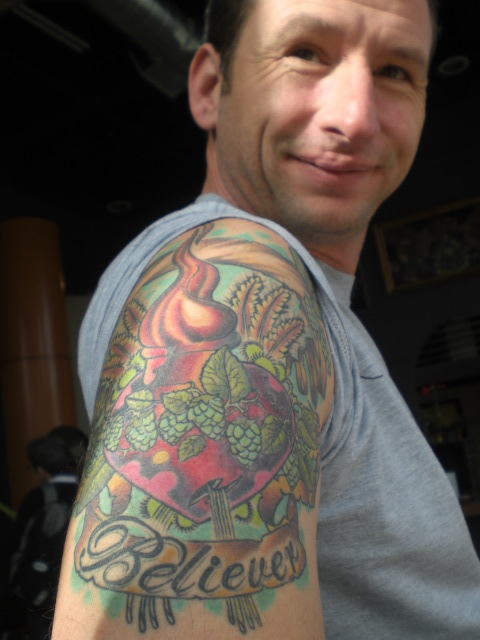 One of the most affable craft beer personalities in Oregon is undoubtedly Jamie Floyd. The face of Eugene’s Ninkasi Brewing, Floyd’s passion for beer and people is infectious. These days it is seemingly unfathomable how much Ninkasi has grown from their start just a few years back. That is, until you spend a few moments talking with the company’s figurehead and the founding brewer who cut his teeth on Steelhead back in the 1990s. Always willing to spend time with friends and quaff a tasty brew, Floyd is undoubtedly one of the friendliest and most popular Oregon brew icons of recent history.

Brewpublic caught up with Jamie Floyd on a recent trip to the Emerald City and we were wowed by his brewery’s ongoing expansion that now includes a roughly 2000 square foot artsy office space and chic tasting space. On top of this the 30 barrel brewhouse with 100 barrel fermenters/brites is beefing up to facilitate around 32,000 barrels by the end of 2010 and making way for the possibility of cranking out around 90,000 barrels in the not too distant future as they are soon to install two 240 barrel fermenters sometime this month. 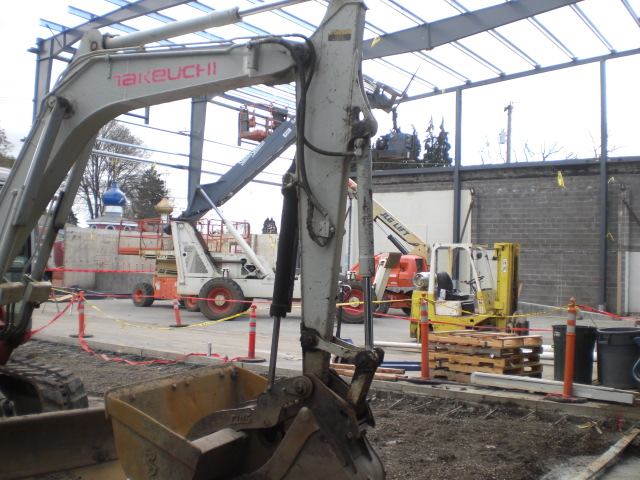 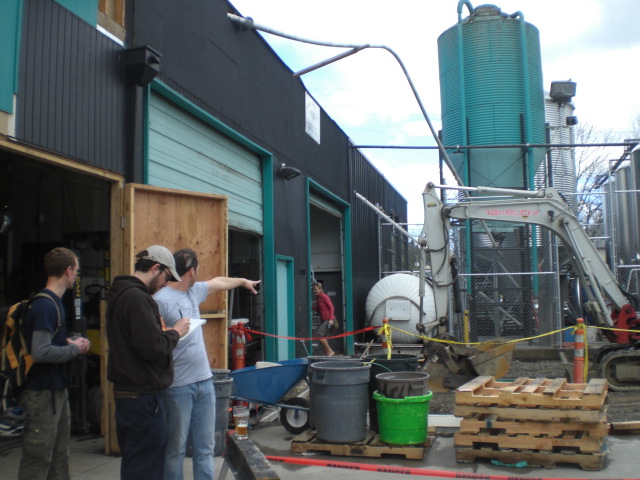 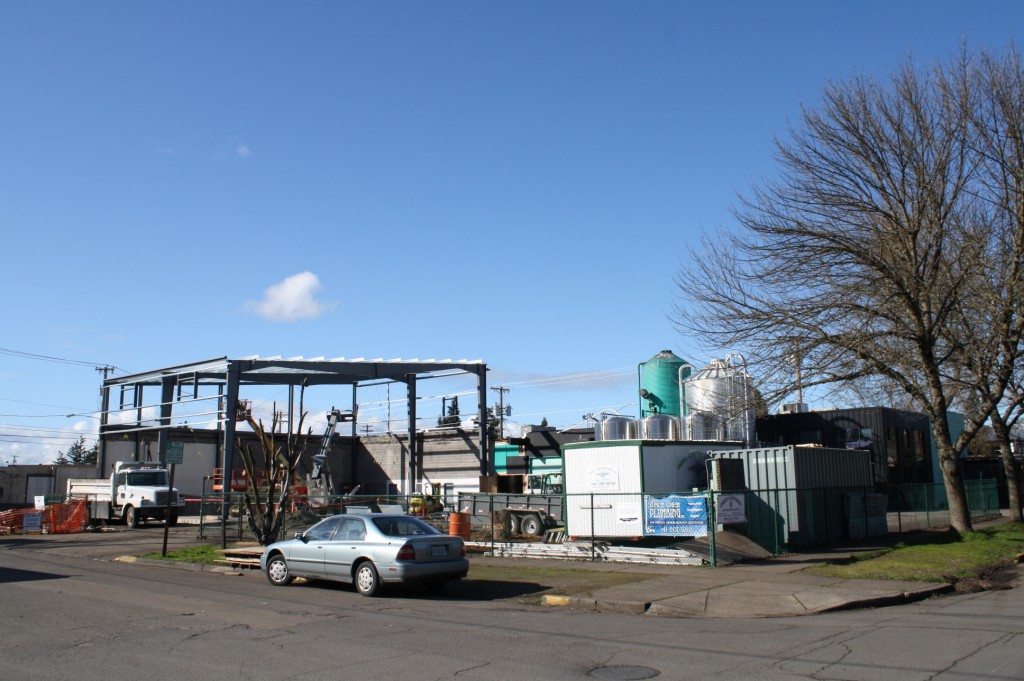 As it stands now, Ninkasi is the 7th largest brewery production-wise in the state of Oregon, and the 6th largest in sales, edging out  far reaching Rogue. Says Floyd “It’s always crazy to be building while you’re brewing.” Recently, Ninkasi was able to provide their 37 employees with benefits that includes a Thursday chair massage. 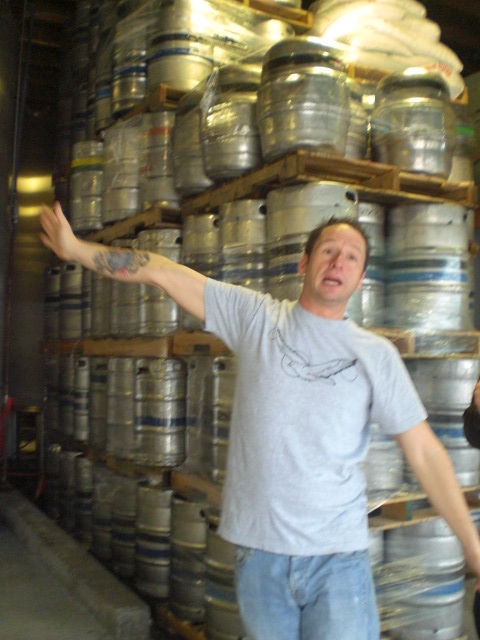 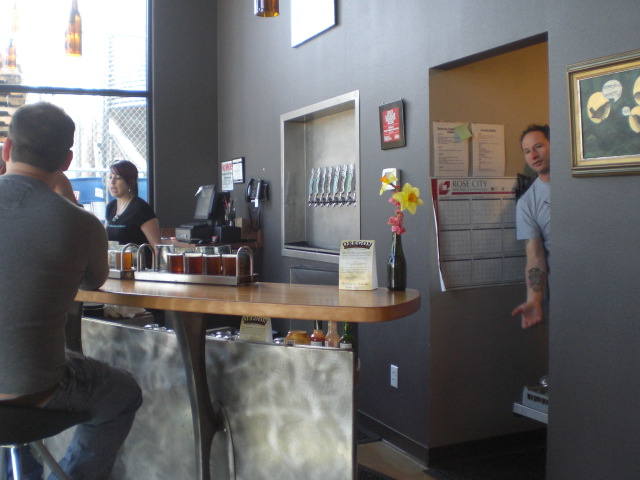 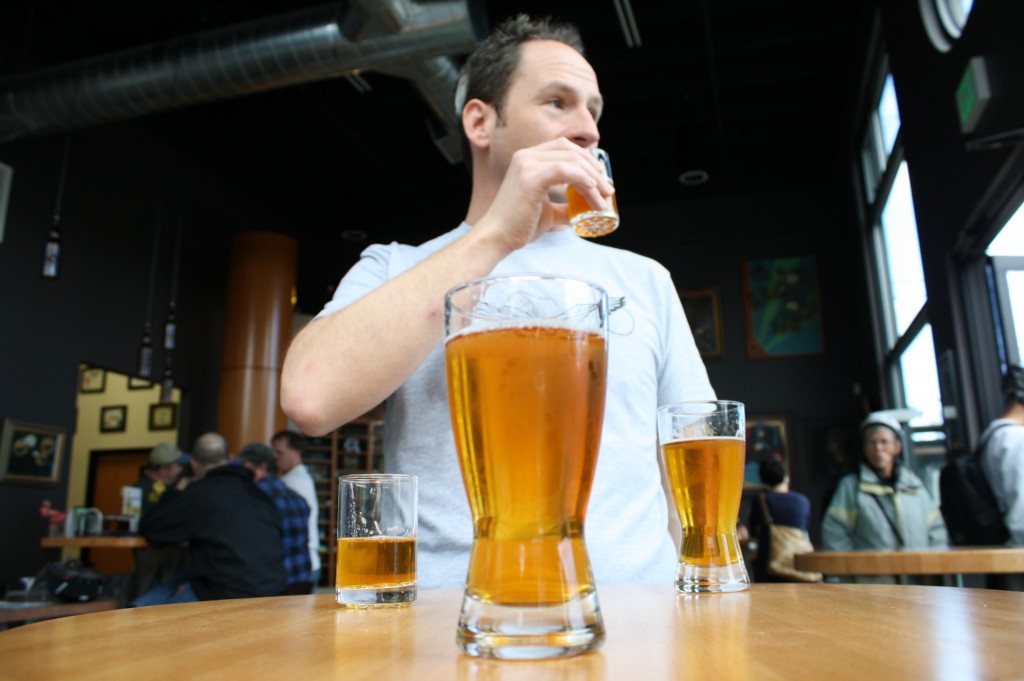 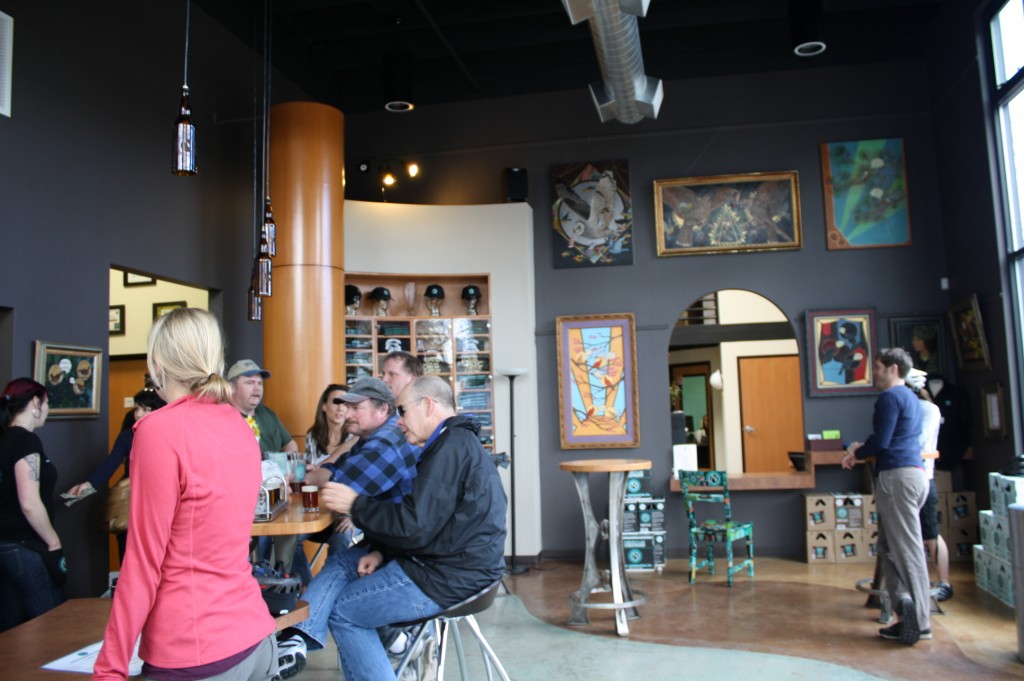 On our recent tour of the evolving Ninkasi workspace, amidst quaffs of a crisp and biscuity new Spring Reign seasonal, a Centennial hopped Quantum Pale Ale, and the quirky yet enjoyable Believer Double Red Ale, the newly added Irish Red Ale and Renewale ESB,  (very clear brews thanks to a newly added centrifuge), we were fortune enough to catch up with Ninkasi’s flamboyant and inclusive top dog, Floyd, to garner a better grasp for what is happening these days at Eugene’s largest brewhouse.