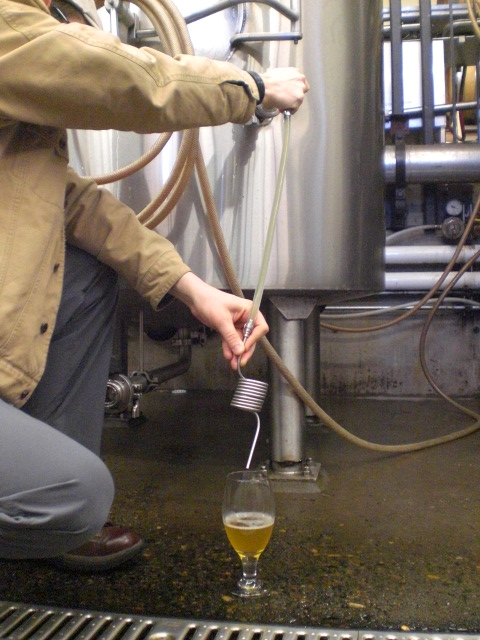 Zwickelmania weekend was awesome! Unfortunately, there wasn’t enough time to visit every spot that we wanted to. Still, we did hit up some favorites. Here’s what went down:

Our weekend began on Thursday at downtown PDX’s best beer bar, Bailey’s Taproom, where a special meet the brewer event was underway. McMinnville, Oregon’s Heater Allen Brewery owned three taps on this night. Arguably the finest lager producing brewer in the Pacific Northwest, Heater Allen’s Rick Allen was on hand for the release of his brewery’s Hugo Bock. In addition, Allen’s Bavarian-inspired Schwarzbier and Pilsner were also pouring. Allen told us that his Smoked Bob, a rauch version of his esteemed Bobtoberfest Marzen was to debut at the brewery during Zwickelmania weekend. The brew will make its Portland debut at a meet the brewer event at Belmont Station on March 10. 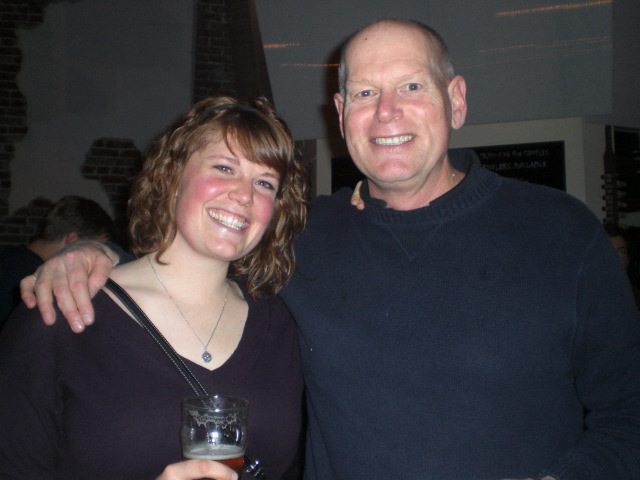 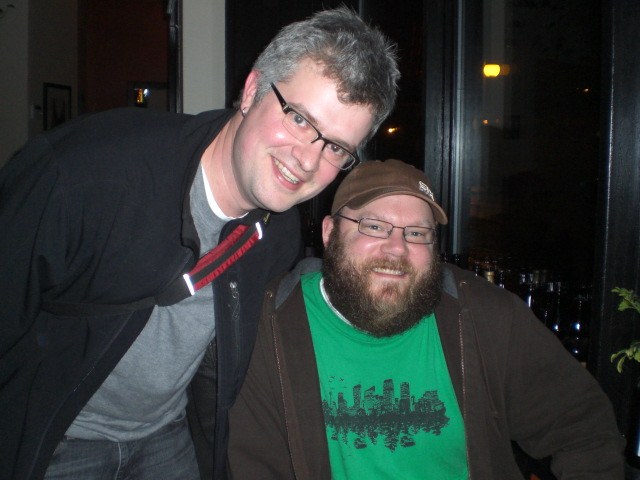 Cascade Brewery at the Raccoon Lodge

We made an early Friday visit to the Raccoon Lodge to try some delicious new beers. Highlights: Spring Gose that featured chamomile and two different kinds of lavendar from Sequim, Washington; the lastest Apricot Ale on tap in at the bar; a piquant saison; and a special Noyeau blend put together by brewmaster and friend Ron Gansberg. The esteemed Curtis Bain was also on hand, as was brewer Ben Edmunds of start-up Breakside Brewery. We have yet to visit Cascade Brewing without having one hell of a good time. 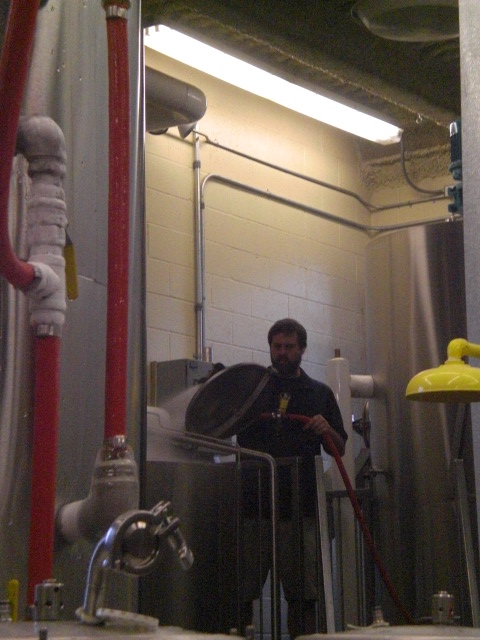 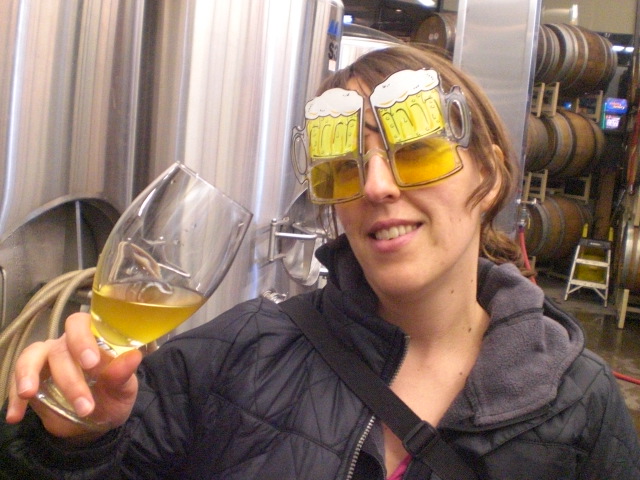 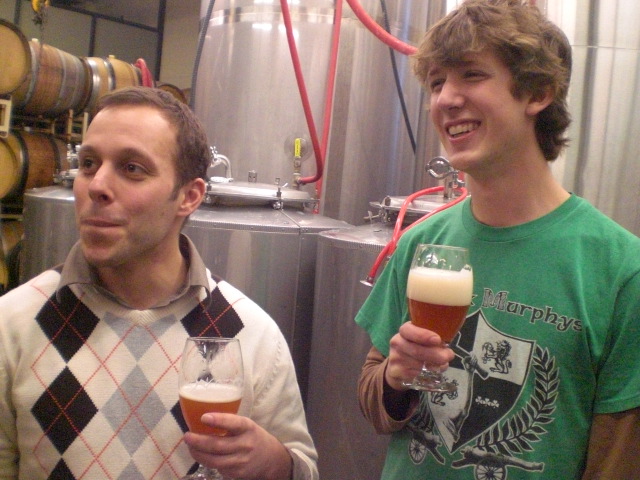 This was our favorite from 2009’s Zwickel-fest. This year’s tasting was solid, but unlike the previous one, there was no ten year old bourbon-aged Old Boardhead Barleywine. Still, there was a great brown ale, the latest in their Brewers Share Series called Collin’s Dark Secret.. The chocolaty robust ale was designed by Full Sail packaging manager Collin Godkin and paired excellently with shaved Belgian chocolate that was offered. Seasoned brewer Phil Roche was on hand to talk beer. Free pint glasses were given out as well. Good times! 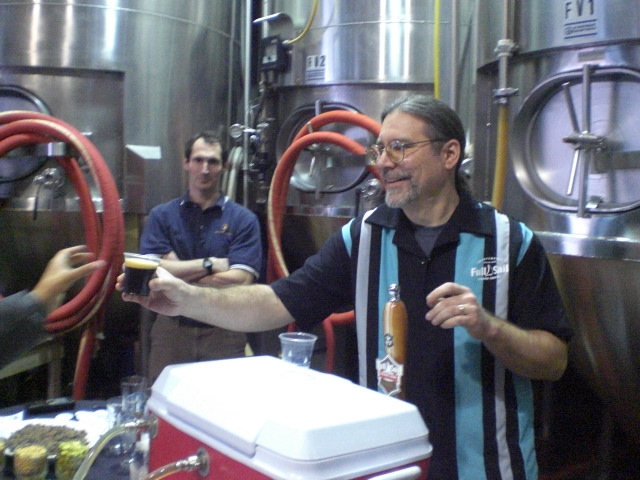 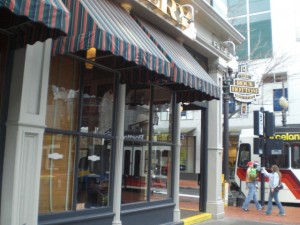 king of seasoned brewers, there’s none quite like Rock Bottom’s Van Havig who was on hand pouring four grubbin’ beers off the RB zwickel. Havig, one of Beervana’s finest, offered up two IPAs, featuring Cascade and Centennial hop varietals. RB’s Blitzen Tripel and a new Baltic Porter also flowed in the upstairs brewhouse. Rock Bottom is the kind of place where many beer geeks might not visit due to the preppy clientele, but for the real heads who appreciate superbly crafted beers that span a variety of styles,  it’s  a must visit. 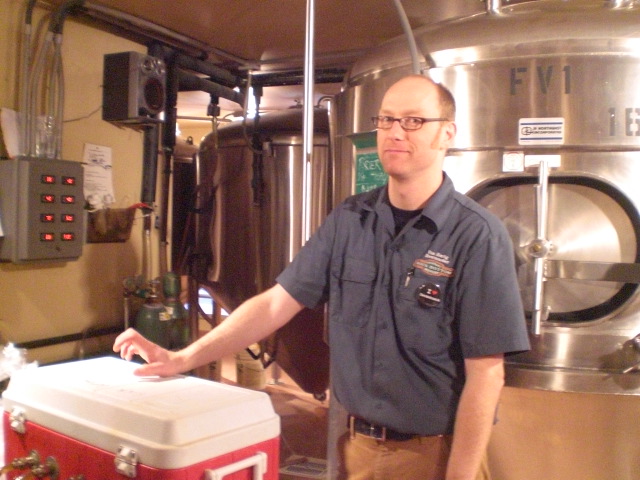 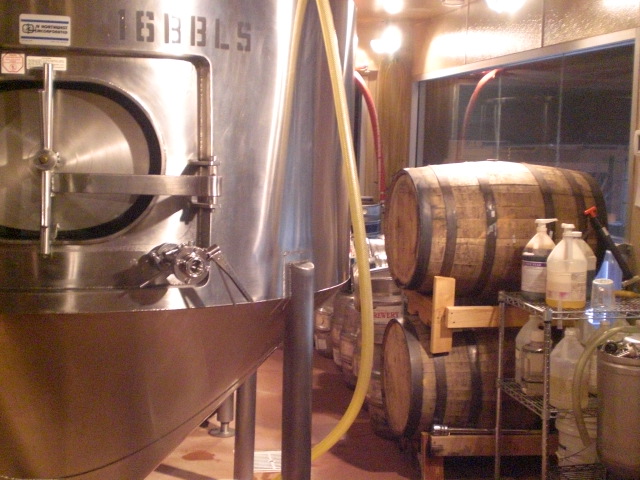 Forget about it! This place emphasized on the “mania” in Zwickelmania. Insanely long lines warded us off from joining the queue for free samples. Last year we enjoyed getting a close-up peak at Deschutes’  beautiful Bavarian-style copper brew kettles. Instead, we linked up with uber-geeks Charles and Theresa Culp and Marc Martin over a snifter of the Jubel 2010 and a pint of their new Hop in the Dark Cascadian Dark Ale (actually labeled as such instead of a Black IPA, yeah!). We also ran into The Daily Pull crew who joined us for our last stop on the Zwickel tour. If you haven’t check out Brady Walen’s new beer blog, you need to. It’s a wonderful resource for those in search of Pacific Northwest craft beer insight. 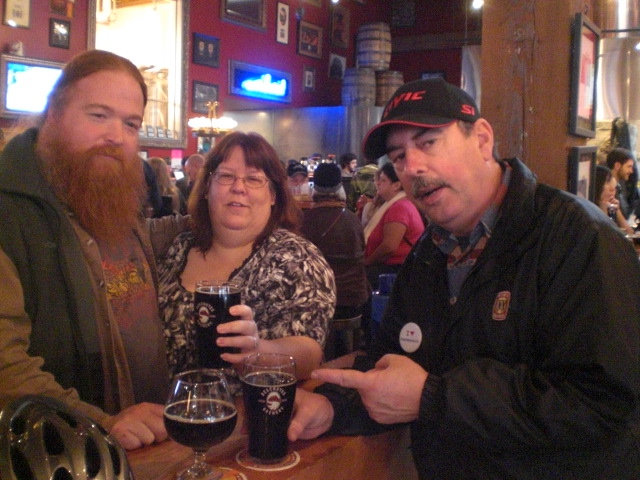 We biked over to one of Portland’s best brewpubs to visit Ben “Grandmaster Flerch” Flerching who was giving thirsting beer tourists a glimpse into the 15-barrel brewhouse of Quimby’s Lucky Lab. Samples of the Single Hop Galena IPA and the Pavlov Imperial Stout. Spectacular! Also got a taste of a special new quadruple IPA called Son of Gold Yeller that was a pleasant accident aka double Super Dog . Look for it at the Barleywine & Big Beer Fest coming to the brewpub in March! 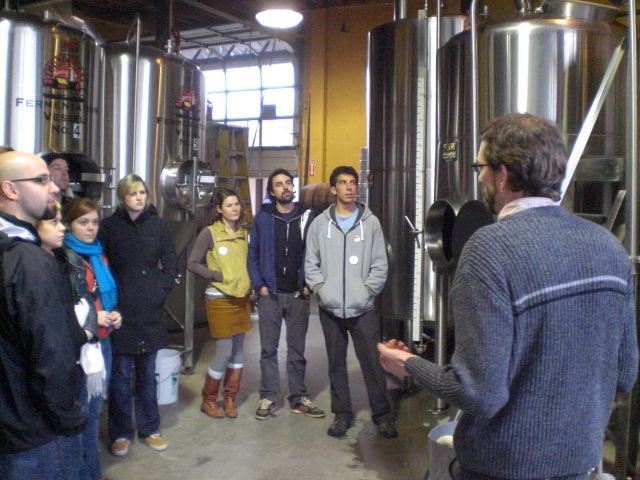 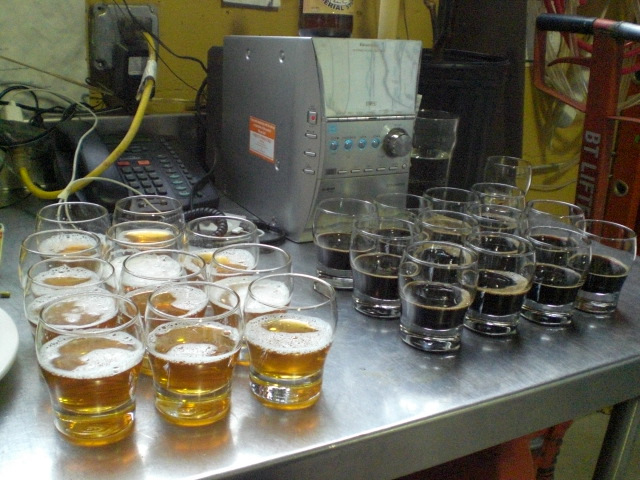 Brewpublic and Saraveza’s My Beery Valentine 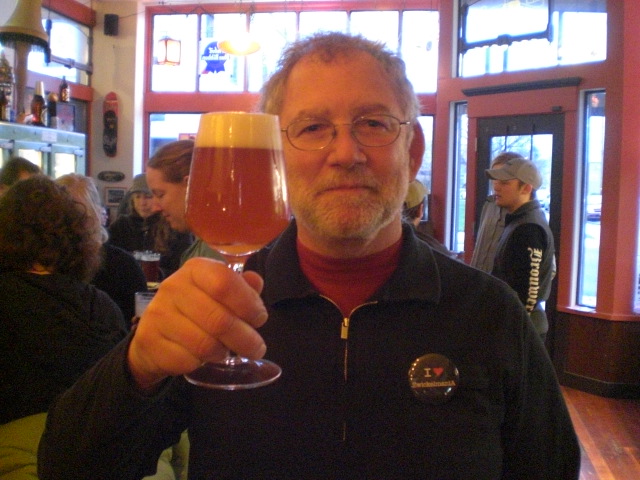 Serving as a Zwickelmania after party, the My Beery Valentine event welcomed a healthy gathering of beer geeks to a benefit to raise money for Mercy Corps Haitian Relief. The Saturday and Sunday event was a huge success thanks to the friendly, knowledgeable, and hardworking staff at Saraveza. Northwest Brewing News’ Bartender of the Year Jonathan Carmean and the lauded Tyler “the Elder” Vickers were amongst the celebrity servers on hand at this event. Brewpublic curated an assortment of Valentine’s Day appropriate beers from top Oregon Breweries for this one-of-a-kind menu. Highlights included Upright Four Play 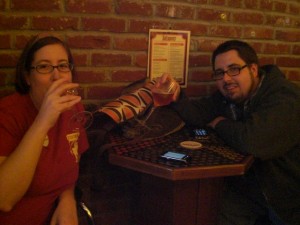 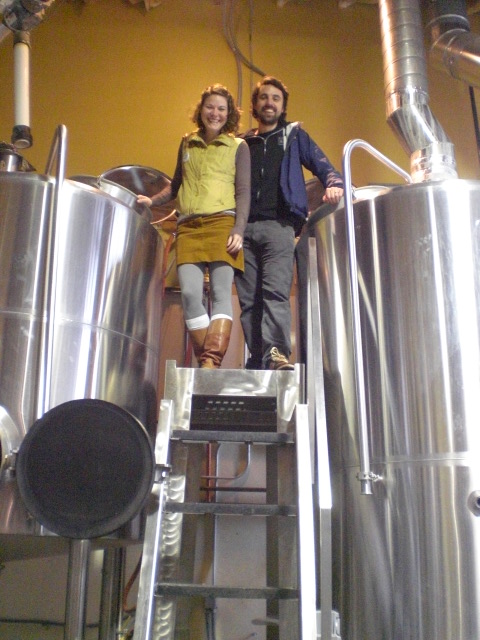 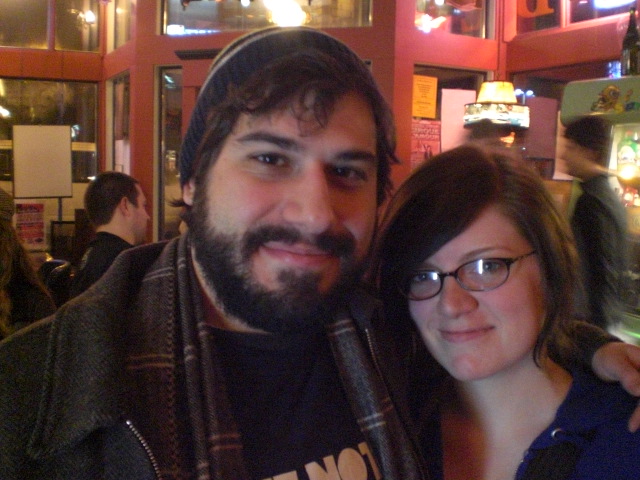 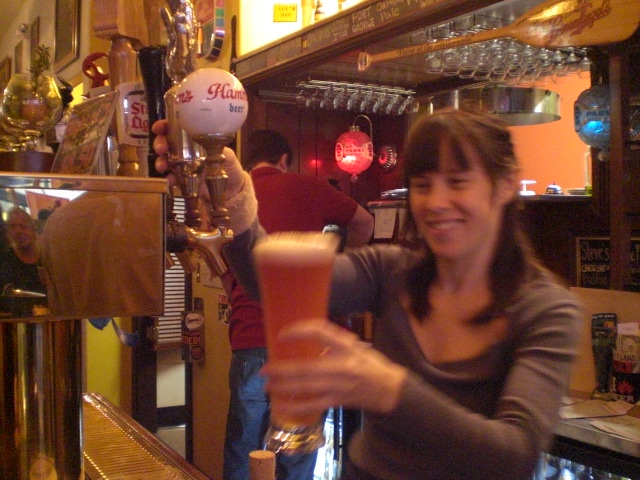 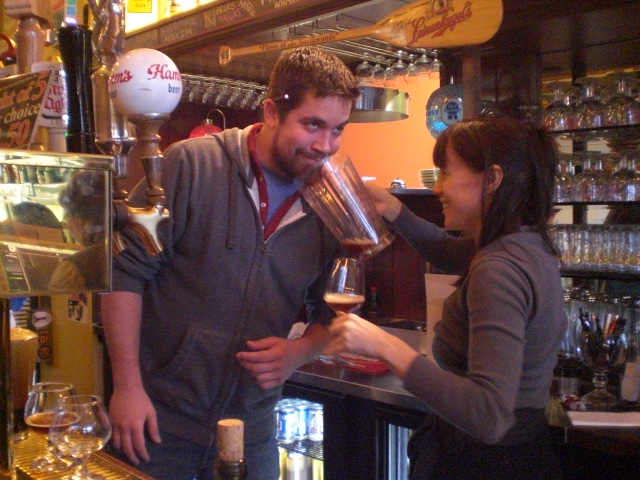 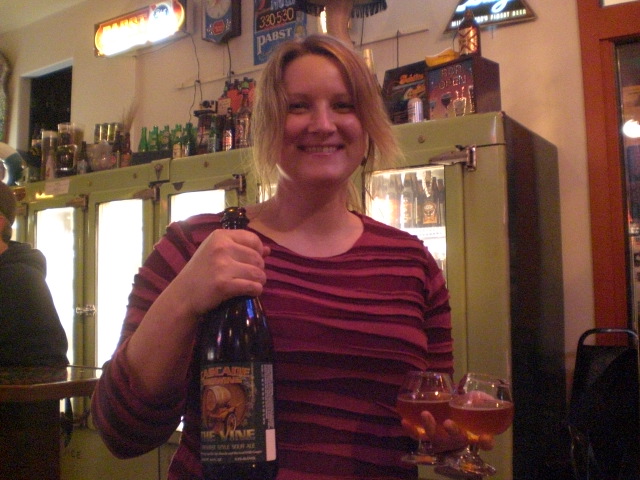 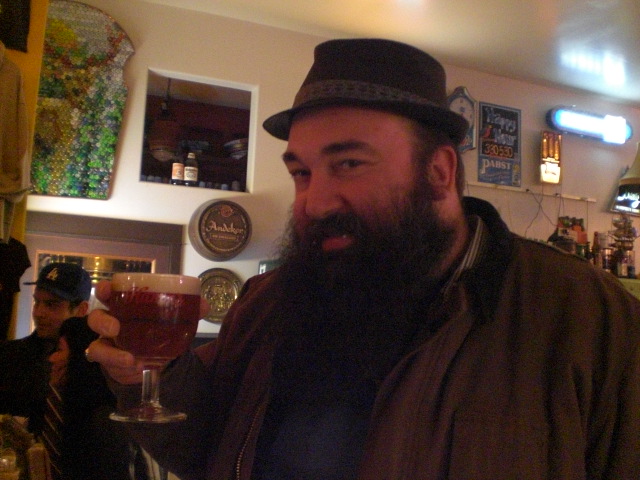