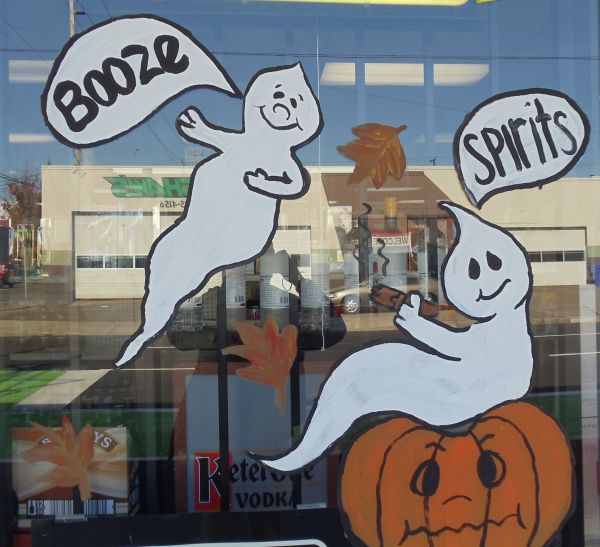 Halloween is the festive fall time with imagery of jag-toothed jack-o-lanterns, colorfully decrepit leaves, blazing bonfires, ghostly graveyards, creative costumes, apple bobbing, children’s candy, and fun frights. It is also is a delightful opportunity to partake in some of the year’s best beer. In a season betwixt fresh hops, Oktoberfestivites, and the onslaught of wintry tipples appropriate for cozy fireside sipping, this time rekindles the youthful whimsicalities in adults. Hankering for hellaciously hardy, robustly rounded, and wickedly warming pours of Samhain’s finest offerings, is a special feeling that people in the Northern regions of the Western World might die for. Here in Fearvana, we have the best of all worlds. Pumpkin beers, Oktoberfest Marzens, Freshly hopped harvest beers, and more.

Here’s some scary good beers we’ve picked for this year’s Halloween out on the town, whatever dark path that might lead you down:

Boneyard Beer Armored Fist: What better way to celebrate a good spooking that with one of Oregon’s newest, most ghastly brewhouses. The aptly named Boneyard Beer of Bend is a Frankenstein brewery composed of the salvaged remnants of breweries passed. This imperial Cascadian Dark Ale packs a wallop of bright resinous and citrus hops character alongside a deceptively dark black-brown skeleton. Where to find it: Green Dragon Pub & Bistro. 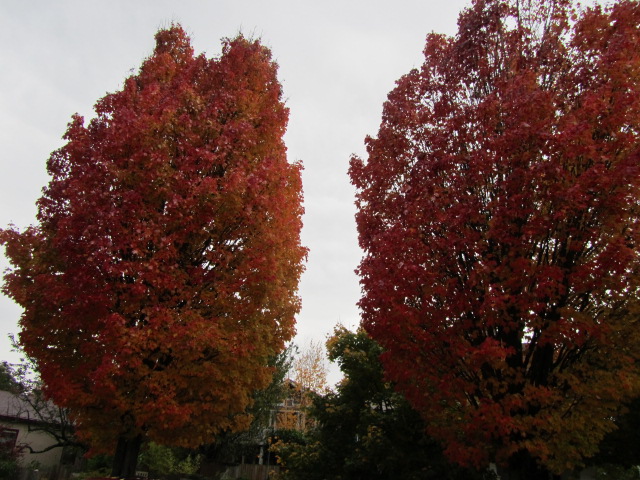 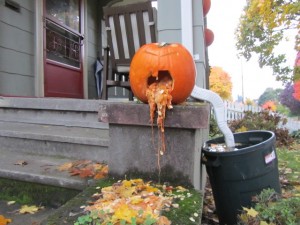 Southern Tier Pumking: Pumking will depose your teeth as you smile through them an infectious and satisfied grin. Brewed with Pagan spirit, this thick, sweet, and gourd-eous ale is an ode to Púca, a creature of Celtic folklore, who is both feared and respected by those who believe in it. Púca is said to waylay travelers throughout the night, tossing them on its back, and providing them the ride of their lives, from which they return forever changed! The most pumpkined-out beer of all time, the ‘king features a spiciness that rises from the depth of the underworld. It’s deep copper color entrance you as your journey into this mystical brew has just begun. As the first drops touch your tongue a magical spell will bewitch your taste buds making it difficult to escape.Drink with extreme caution. Where to find it: The BeerMongers.

Beer Valley Black Flag Fresh hopped Imperial Stout: Not all hauntings manifest themselves just in the throes of All Hallow’s Eve. From the far reaches of Eastern Oregon, this bombastic 11% ABV flagship ale from Beer Valley is a year round entity from the bottom bowels of Tartarus putting forth an enamel-removing cutting hops bitterness. This special seasonal rendition features fresh Bravo hops for added hoppiness (as if this was needed). Hell raiser (brewmaster) Pete Ricks summons “a monstrously huge beer brewed for beer enthusiasts who want to test the edge of sensory perception. Brewed with 8 different malts and 4 different hop varieties to give it depth and complexity.” Where to find it: on cask at Belmont Station. 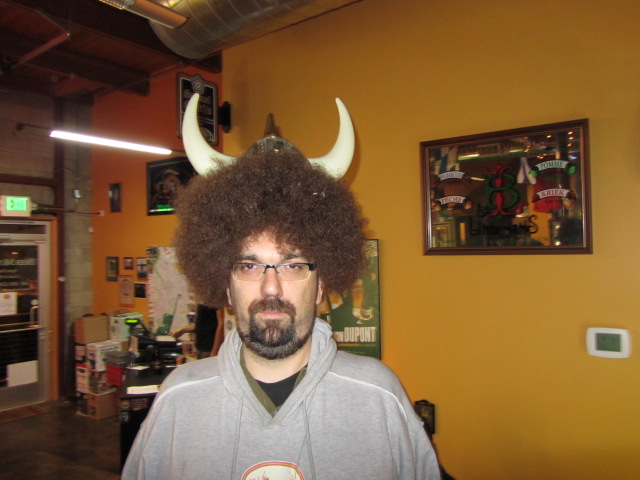 10 Barrel S1NIST0R Black Ale: Not quite a CDA, this decadent and delectable beer employs German de-husked black malt to provide mild roast with little astringency, giving the beer a rich black color without the traditional dark beer characteristics. You will notice subtle hints of chocolate with an easy drinking balance on the back end. Deceptive as the devil himself, S1NIST0R might look intimidating to some, but don’t be fooled, it is fiercely drinkable and will have your head spinning like Regan MacNeil. Where to find it: On tap at Hawthorne Hop House. 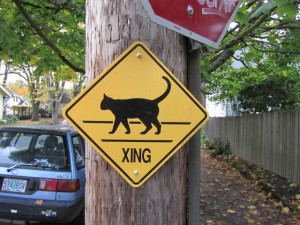 Cascade Vlad The Impaler: This wood-aged pale quad is named for Vlad III, Prince of Wallachia, of Romania in the 15th Century. Better known by his surname, Dracula, Vlad III In the West, Vlad has been characterized as a tyrant who took sadistic pleasure in torturing and killing his enemies.The atrocities committed by Vlad in some German histories include impaling, torturing, burning, skinning, roasting, and boiling people, feeding people the flesh of their friends or relatives, cutting off limbs, and drowning. Cascade’s highly touted sour ale may not be as frightening but it surely is as intense. Cascade brewer Ron Gansberg describes the beers: “Vlad is shocking to your sour beer senses and taste buds, which do not understand that such a balanced delicate sour beer can be so drinkable and appeal to so many people while being extreme. But don’t forget, it will still open a can of 10.6% whoop-ass on your ass after all the pomp & circumstance of what an amazing beer it is subsides.” Where to find it: ’09 vintage on tap at Cascade Brewing Barrel House. 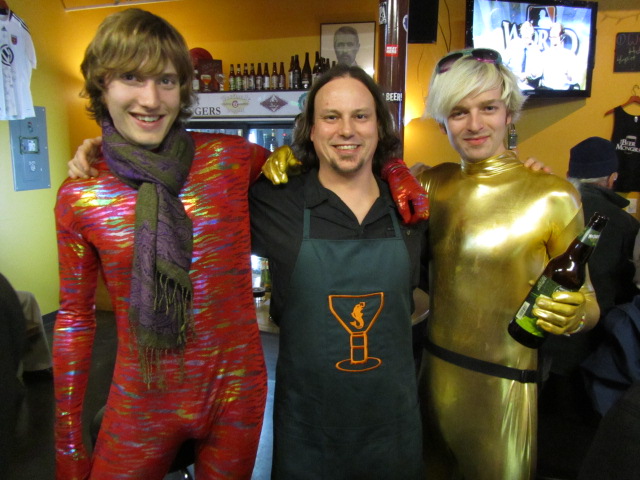 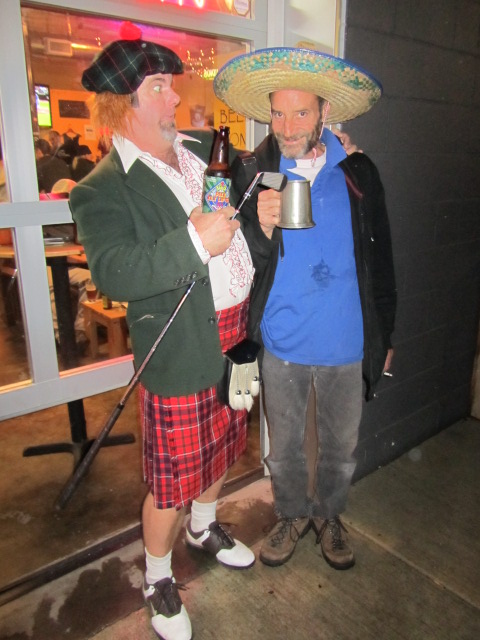 Oakshire Collaborative Belly of the Evil Beast: Like Dr. Jeckyll and Mr. Hyde this beer is the collaboration of two distinct personalities amalgamated to produce one palate shocker. A special house blend of Oakshire’s Collaborative Evil Imperial Porter and Belly of the Beast Imperial Red. This doubly wicked 8.8% ABV, 50 IBU warmer that debuted at Brewpublic’s KillerBeerFest puts forth smooth notes of chocolate and roast overlay a firm citrus bitterness and mild hop aromas. Guaranteed to scare the living shit out of Bud drinkers, this delicious demonic drink is absolutely not for the faint of heart. Where to find it: Bailey’s Taproom.

Russian River Damnation:  This diabolically themed brew from Russian River drinks like candy. Damnation is the brewmaster’s interpretation of a Belgian-style Strong Golden Ale. It has extraordinary powers of banana and pear with mouth filling flavors of sweet malt and earthy hops that might summon you to kill or die for. The lingering finish is dry and slightly bitter but very, very smooth. On Thriller Night (that of the real Michael Jackson), you can hear a brewer’s bellowing laugh akin to Vincent Price as bodies exhume themselves from beneath the headstones and do the moonwalk. Where to find this beer: On tap at Apex Bar.