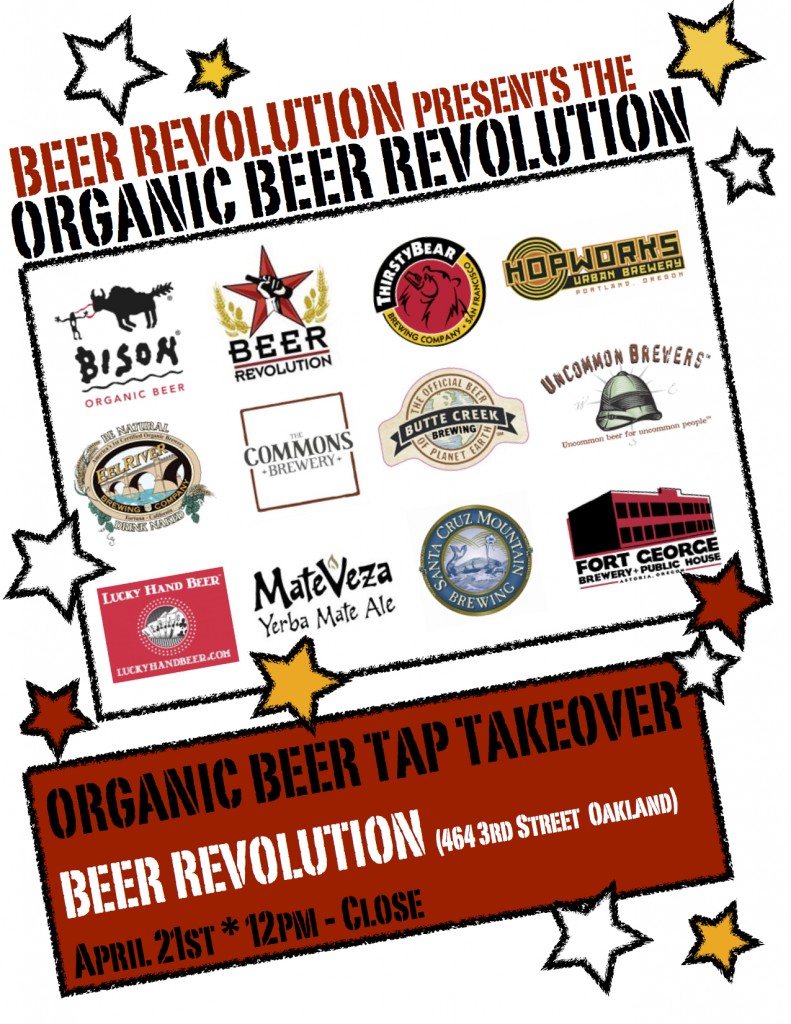 On April 21, 2012, the Bay Area’s finest craft beer bar and bottleshop, Beer Revolution of Oakland, CA, is throwing an party for Earth Month featuring a great lineup of organic beer. from across the West Coast. Some of these beers will include specialties from Oregon never before featured in the region, including Astoria’s Fort George Brewery and Portland’s The Commons. Oregon’s only 100% certified organic brewery, Hopworks will also have beer showcased on this occasion. Here’s the complete details from an email just sent out. 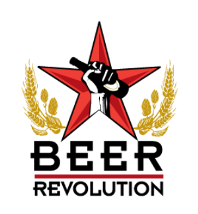 “Some people hold the misconception that organic craft beer is inferior to its conventional counterparts — which couldn’t be farther than the truth. Organic craft beer is just as delicious and innovative, if not more, as regular craft beer. My fellow organic brewers and I intend on proving this fact at the Organic Beer Revolution.” – Dan Del Grande, Bison Brewing.

Several of the brewmasters will also be in the house, ready to answer any question, so come toast the men and women that continuously put quality of ingredients and the health of the planet before the bottom line. Mother Earth thanks you!