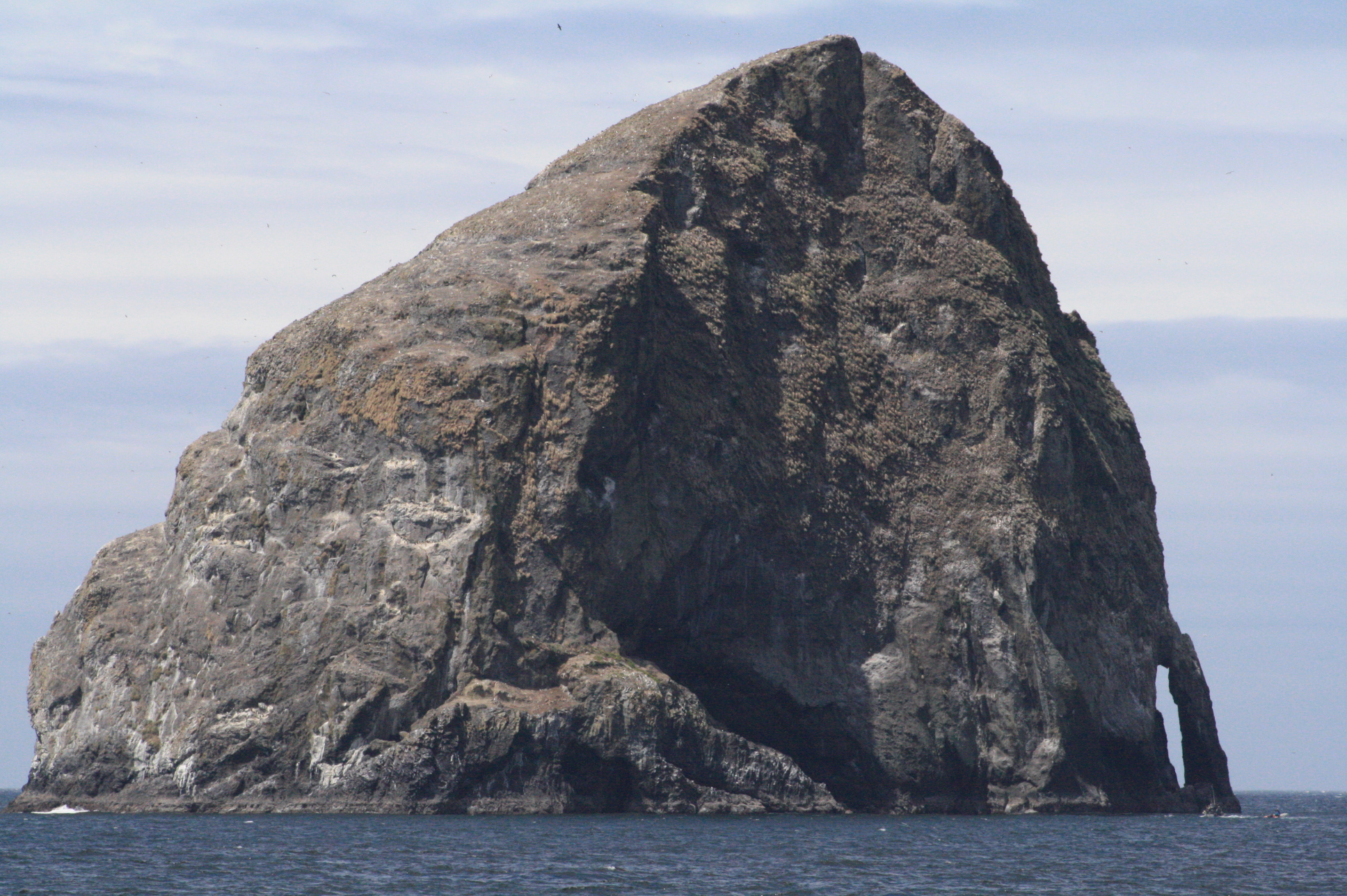 On a recent trip to the coast that involved a magnificent stay at Pacific City’s Inn at Cape Kiwanda where we met with some craft brew-minded folks like Pelican brewmaster Darron Welch (look for an interview in the near future) and the Kiwanda Hospitality Group‘s Jeremy Strober. Strober met up for tea and coffee in the morning before we headed down to the beach to soak up some sun and great views of Haystack Rock looming just out to sea. Later we also grabbed a pint and light lunch at Pelican (not light on the pocketbook, but being that we don’t get out to the coast much, this was a real treat). Strober told us all about the area. A native Californian, he was captivated by the quiet landscape of the Oregon coast and compelled to make the seasonal vacationland his year-round stomping grounds. Learning about lots of great things to do and places to see, he pointed us to some must-visit destinations for lovers of craft brew.

I’d heard earlier from a beer geek friend that Vinnie Cilurzo, brewmaster of Russian River (one of our all-time favorite breweries on earth) had a sister who ran a wine shop with Cilurzo’s brews on tap. Strober pointed us in

the right direction. Just into town, in the heart of Pacific City, a quaint little shop called Twist Wine Company sold the wines of Chenin and Sean Carlton. Chenin, named for the vineyard grape, was a friendly woman who was eager to tell us all about her brewing background and growing up in Southern Cali with Vinnie. It made me smile to see the same recycled bowling alley bartop that supported her bro’s beers down in Santa Rosa. On tap behind the counter were three Russian River brews: Damnation, Blind Pig, and Pliny the Elder. Not just this, but on guest tap Twist was offering Pelican’s Bavarian Hefe-wit, Heiferweizen, and Hopworks Original Organic Red. It was still early afternoon when we arrived at twist, and to spare our liver any previously experienced beers (no matter how tempting), so we opted to give the Carlton’s specialty wines a whirl, sampling six different offerings from three brands. Now, let me be straight here: I know zilch about wine, but it was clear that these folks know what they’re doing. In 2006, after ten years of R&D, Chenin and Sean started

creating their own artisan wines. She says, “Our goal was twofold. First, we wanted to make fun lovin’, low stress, high impact anti-elitist wines that you could drink everyday without breaking the bank.” In their first year, the company released Basket Case as “a representative of our attitude-work hard, play hard, and have fun doing both-without raiding your retirement account. Our second goal was to make the best wine we knew how to make-a no holds barred approach to making wine that was unencumbered by cost, tradition, or style.” Under the name Shy Chenin, the couple released a Chenin Blanc and Rose of Pinot Noir. Melding complexity and drinkability must be in the family genetics because these wines were simply delicious. Now, being that this is a beer blog, I will not get too indepth trying to describe these eclectic brews, but let me just tell you, if you can get your paws on their Reversal reserve series Siraz, don’t miss out! Explaining the origin of this beer, Chenin explains, This year (we released) our first red wine under the no expense spared lineage. From the start, we wanted to name this wine in honor of our journey…a journey that is not just a career but a way of life. Not long after we struck out on our own we passed a chalkboard upon which was written the following quote:

The world you want to live in isn’t going to happen unless you stand up and do something about it.

“It summed up exactly what we were trying to accomplish-a new way of doing things. Enron, Worldcom, partisan politics, the sub-prime mortgage crisis, corporate irresponsibility and environmental neglect are all symptoms of the same problem: small in prevalence, but overwhelming in influence, greed has benefited few but corrupted many. When we shrunk that chalkboard quote down to a one word wine brand, Reversal fit perfectly. In one word it captured our entire journey. Reversal-For a long time, people have been asking the question, ‘What’s in it for me?’ We think it’s about time for the answer to be, ‘A better place in which to live.'” 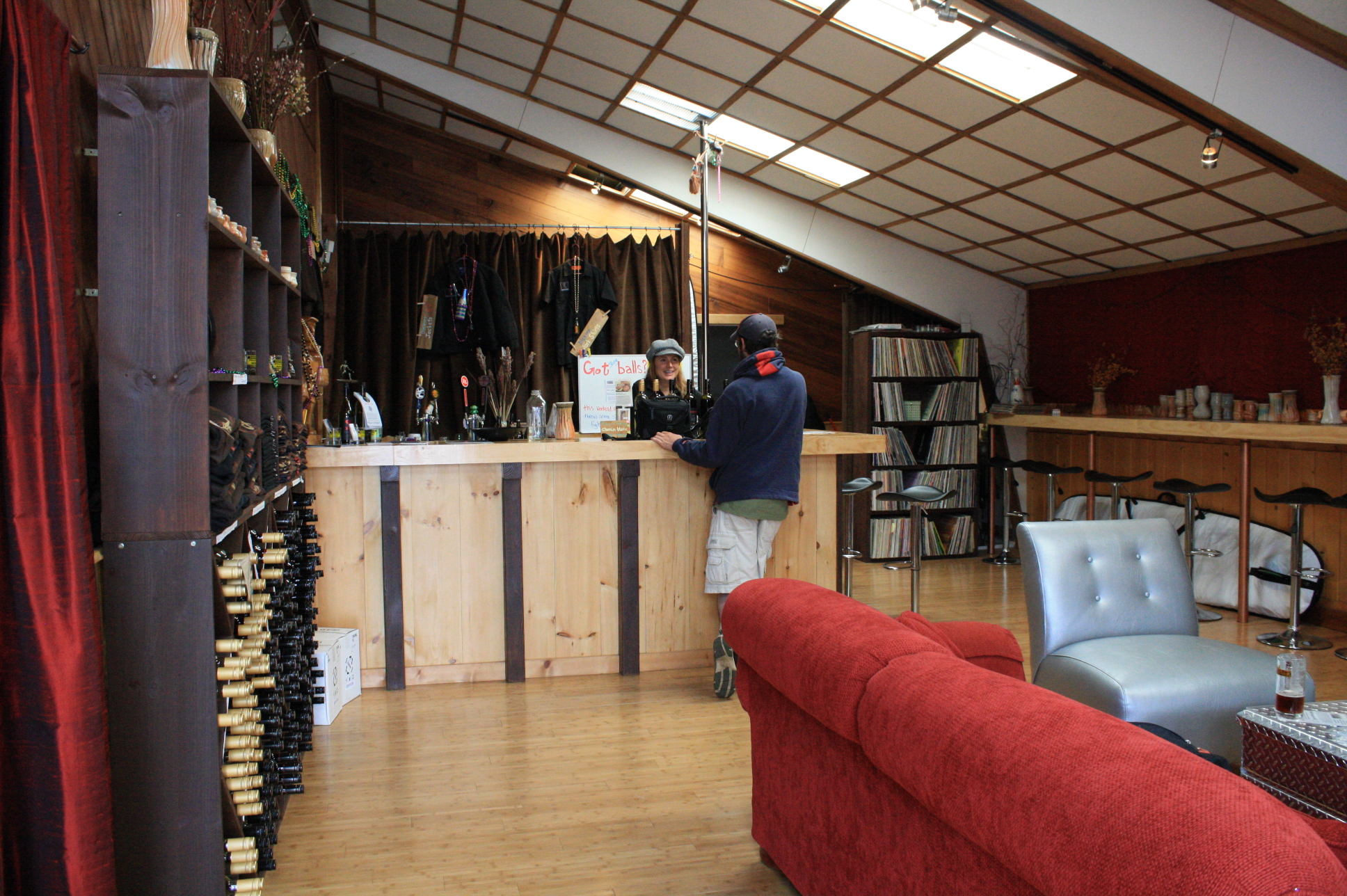 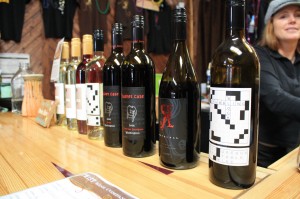 The atmosphere of Twist reflects a relaxed, liberated West Coast mindset: loungy silver couches, and shelves housing both wines and a dilettantish selection of 12″ vinyl records all housed withing a tidy beach bungalow. Along the lines of their recycled bowling alley floor countertop, their mindset is, like many on the West Coast, focused on sustainability. A chic bamboo floor rounds out the feel of the establishment. Keeping things fun, they also feature an assortment of retro 80’s video games. According to their website:

We didn’t really mean to do a retro theme, but when we found a vintage Atari 2600, we had to jump on it. Sit in our animal print bean bags and revisit the love of your youth with Pac Man, Ms. Pac Man, Donkey Kong, Frogger, Space Invaders, and of course, the only game that will get you on our wall of fame…Missle Command!!! 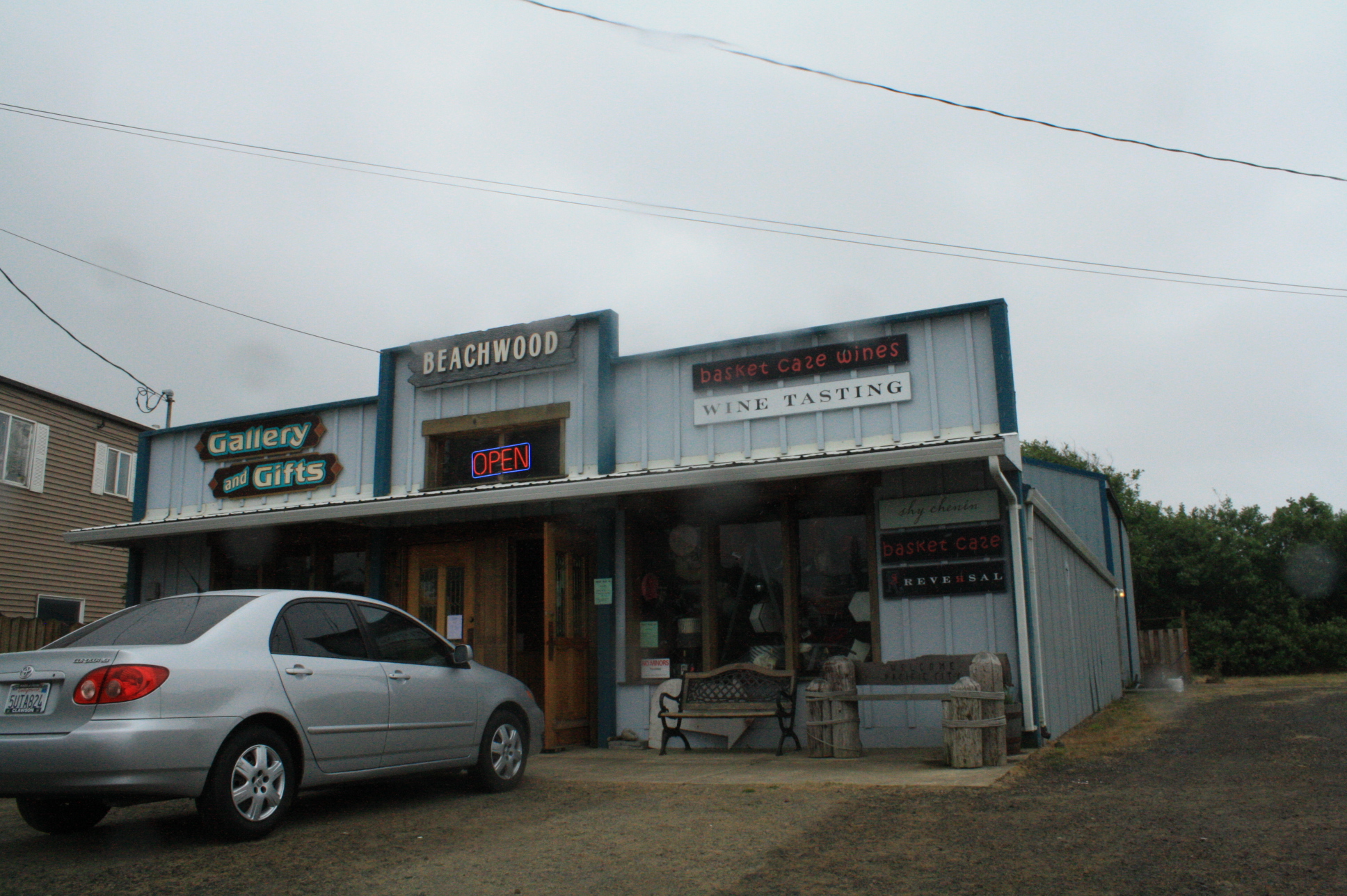 For sometime, Pelican was the only beer destination in town, but now with Twist, both beer geeks and wine geeks have a place to make themselves comfortable. Check your snobbery at the door, and pay a visit next time you are in town.

For more on Twist Wine Company visit their website @ www.twistwine.com