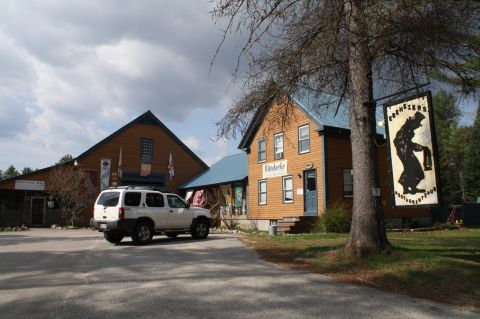 At the eastern edge of the White Mountains National Forest, near the shores of Lake Kezar, rests the quiet town of Lovell, Maine. Here, in a restored farmhouse adjacent to a beautiful golf course surrounded by groves of white pine trees, we came to Ebenezer’s Pub. Named for town founder Ebenezer Kezar, Ebenezer’s, run by Chris and Jen Lively, came highly regarded at the upper echelon of beer stops on the planet.  And, it lived up to the hype, perhaps even exceeded it.

Tap after tap of mindblowing and mouthwatering beers left us baffled as where to begin. Chris, our friendly, knowledgeable, and passionate host recommended two outstanding draught offerings: Pannepot 2007, a dark unfiltered sipper with lots sugary dark fruit richness,  and Cambridge Benevolence, a rich chestnut colored beer mildly tart and quite dry from a Brettanomyces inoculation. 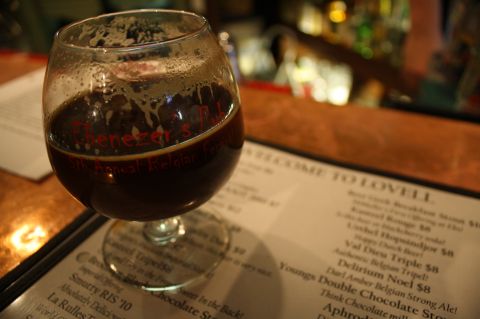 Speaking with Chris was worth the travel alone. His mind was a database of craft beer dating back to the 1930s. Halfway through our Pannepot, Chris opened up a less turbid bottled version for comparison. Other great beers we had the fortune of enjoying included a Dogfish Head and Biggoarlo collaboration brew known as My Antonia, a hazy golden-straw Imperial Pilsner with a world of complexity from a variety of herbs used–honey, anise, clover, and chamomile notes throughout the experience. 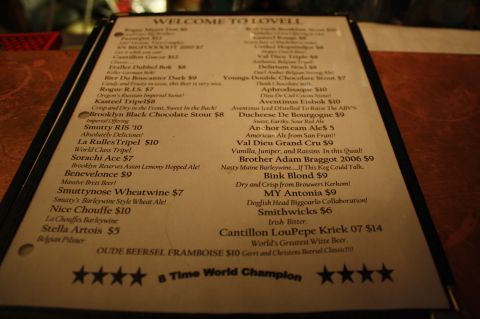 After Ebenezer’s small crowd locals began to dissipate, Chris kindly offered us an exclusive tour of his KILLER cellar. Was this brewtopia? It sure felt like it. In the understory of the farmhouse, we bared witness to unfathomable beers while we sipped from a rare Allagash #9.  This special spontaneously fermented Koelschip blend was made with local tart cherries and is regarded by Chris as one of his personal favorites. Glowing hazy orange hued with a wonderful tart and malty fruit melange, the #9 would prove to be a highlight of our New England beer pilgrimage.

As much as we wanted to be reporters while at Chris’s fine establishment, we decided to let ourselves go and soak in this once in a lifetime experience. We anticipate returning in the future, but considering how off the beaten path Ebenezer’s is, we’re not sure when that will be. Fortunately we captured some exclusive video of this rare experience. Even Chris manned the camera and provided us with some lighthearted special footage. 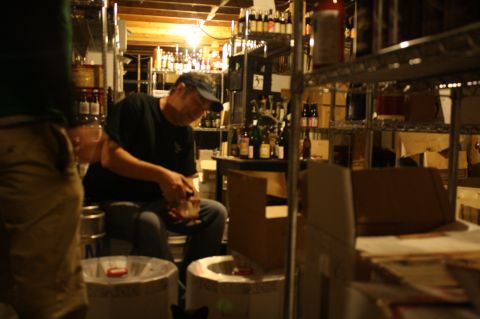 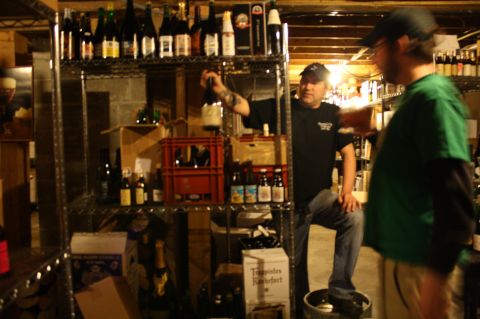 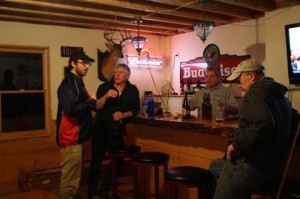 After wrapping things up in the wee hours of morning, we were kindly offered board at a gorgeous lakeside cabin in Lovell. Here, three kind locals unveiled another refuge for craft beer lovers. A kind gentleman named Joe, his brother Jim, and their friend Arnold introduced us to Joe’s delicious

homebrews served from his very own wood crafted basement pub. Joe also opened some cellared beers for us as well including a bottle of Flying Dog’s Wild Dog, a tart Doppelbock. All of these experiences with these kind folks and these great beers culminated to surpass our already high expectations of  this evening. Is Ebenezer’s truly the world’s best beer bar? Perhaps. Is Ebenezer’s the most passionate establishment when it comes to craft beer? Undoubtedly.

Coming next: a video tour of Ebenezer’s cellar with Chris Lively.