Here’s a quick note to let you know what you can now get on tap at By The Bottle in downtown Vancouver, WA as well as other news from this craft beer destination:

Note: The first five tap offerings are not distributed in Oregon, so the journey across the Columbia River is the only place in the Portland metro area to get ’em.

Other note: (and this may be tap secret): BTB has acquired a super rare keg of Black Raven Wisdom Seeker IIPA, a beer that proprietor Dave Nunez says is “possibly the best IPA in the Pacific Northwest.” It is likely that this rare and highly sought after treat will tap at a time that will be unannounced, so keep coming back to By the Bottle for this and other rare releases.

More news and notes from By The Bottle:

Our Tap Room is cash only, thanks, atm on-site. You must be 21 and over, including the bottle shop, bring valid photo ID. Pets are typically welcome, but please ask before you enter. Pets are not allowed in the Tap Room or the Bottle Shop during tasting events, or, if the house is crowded. 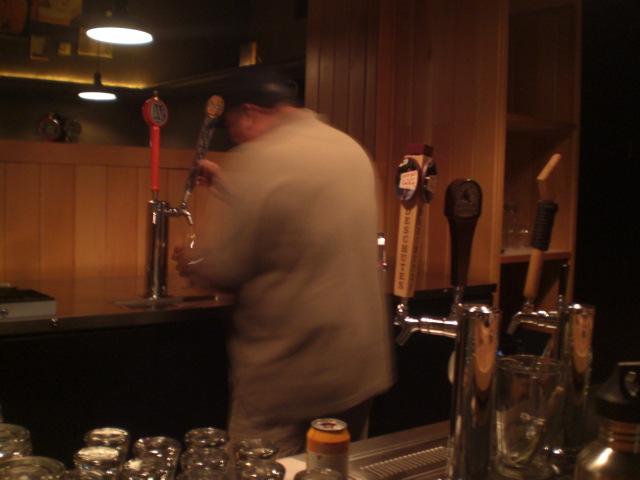 Eight tap handles are flowing with hard-to-find brews that are often not distributed or bottled, or, available in Oregon. Unless you’ve been to some of these smaller breweries, chances are, you’ll be trying some of their amazing beers for the first time. These brewers are happy to have access to the Portland Metro area…you won’t have to drive so far…and we’re happy you stopped by for a pint or two! Evr-r-r-rybody’s happy!

If you’re in the mood to enjoy something from the bottle shop, let us open up a bottle for you. Our corking fees range from $1 to $3. Feel free to bring in your own food or snacks, or support the local restaurants by bringing in some of their take-out. Many of the restaurants will deliver, too. We typically have the following tap room snacks on hand: CB’s Peanuts and Pistachios, Pop Chips, and Vibrant Flavors Gourmet Pretzels.

On Sundays, it’s Happy Hour all day long! Enjoy $3 pints on selected drafts while watching the regularly broadcasted sports games in our lounge area, including the Timbers! We will fill a quart size mason jar with selected drafts for only 8 bucks, and that includes the jar. Taster trays are also available: a flight of four for 5 bucks. On occasion, there may be a rare beer pouring that would not be available for the sampler tray.

*come by the bottleshop on Sundays and say hello to Angelo Brewpublic and Wade-O-Potato. It’s a jolly good time!