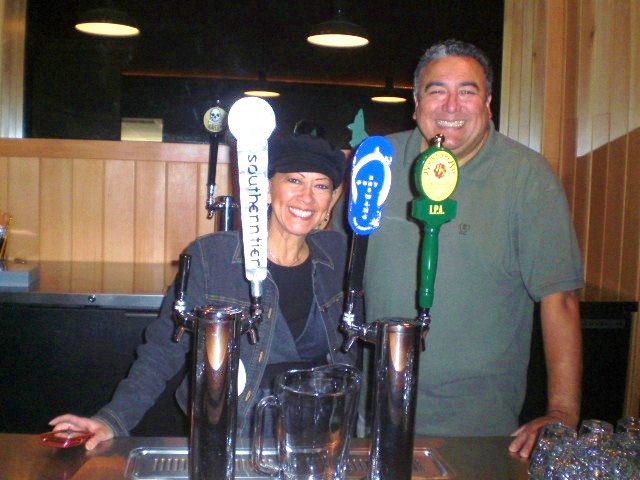 Vancouver, Washington’s premier bottleshop, By The Bottle, has recently opened a great new taproom this past week. Though this is a soft opening, and the grand opening week is scheduled for later this month, patrons can now enjoy some amazing craft beers on tap. Many of the beers showcased at By The Bottle’s tap room include those currently unavailable in the state of Oregon due to state-regulated distribution laws. This means that the Portland metro area now has a new destination for draught brews that are not found elsewhere in the greater Portland area.

Owners David and Arlene Nunez have made By The Bottle a destination for beer lovers on the move for more than three years, offering more than 400 bottled craft beer, also many of which are not available in Oregon. These include Lost Abbey, Port Brewing, Silver City, Scuttlebutt, Left Hand Brewing, Port Townsend, and many more. Now with their new licensing and the ability to provide Washington-only brews, this opens the door to an even greater expanse of sought after craft brews.It also means that the bottled beers available at By The Bottle may be enjoyed on premise now as well. 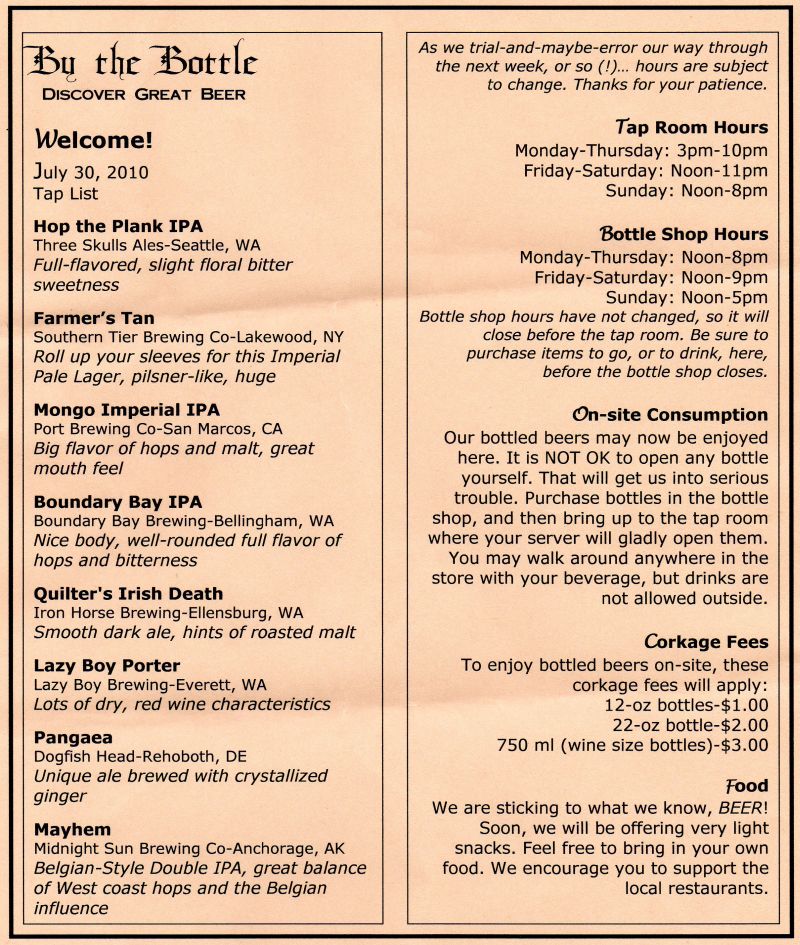 Currently, By The Bottle’s Tap Room is open Monday-Thursday 3-10PM, Friday-Saturday Noon-11PM, and Sunday Noon-8PM. However, the new pub states: “As we trial-and-maybe-error our way through the next week, or so (!)…hours are subject to change. Thanks for your patience.”

By The Bottle is located at 104 W. Evergreen Blvd. in downtown Vancouver, WA. This is less than 8 miles from Concordia Ale House; less than 6 miles from Saraveza, The Hop & Vine, and Breakside Brewery. By The Bottle is adjacent to the Salmon Creek Brewpub, too. For more information, call (360) 696-0012.