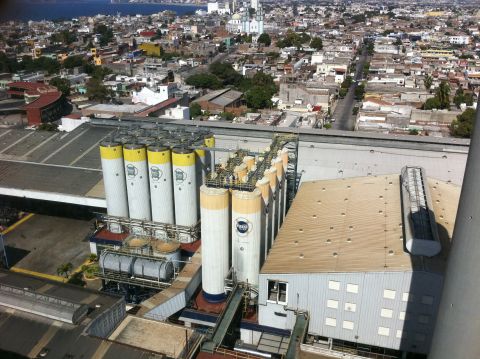 In Mazatlan, Mexico, only blocks from where the massive cruise ships come to port, a lovely tour guide named Jessica recites to our group the main ingredients in Pacifico beer, “water, yeast, grain, American hops, rice and corn.” A combination that makes this lager the fifteenth most imported brand into the US. 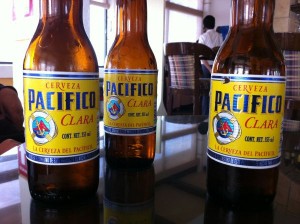 Established in 1900 by three German businessmen, and sold to Groupo Modelo in 1954, the Cerveceria del Pacifico produces more than 33 million gallons of Pacifico Clara (literally “clear” in English) annually in Mexican state of Sinaola. Covering just two acres of land, this cerveceria holds two 550 barrel brewhouses, thirty six 2000 barrel unitanks, a bottling line that cleans and fills at a rate of 800 bottles per minute and an onsite medical clinic for it’s employees. This brewery produces only a fraction of the Pacifico sold annually, all of this beer that is packaged in cans or kegs comes from one of Groupo Modelo’s five other breweries located throughout Mexico.

Besides Pacifico, Groupo Modelo holds several brands including Corona, Negra Modelo  Leon and Victoria. The company is also the importer of Anheuser-Busch products into Mexico as well as Chinese Tsingato and Danish Carlsberg. While they did not allow photos of the interior of the facility, the Cerveceria del Pacifico has remarkably sophisticated, German Brewing Equipment and quality and cleanliness standards on par with any large American Brewery. 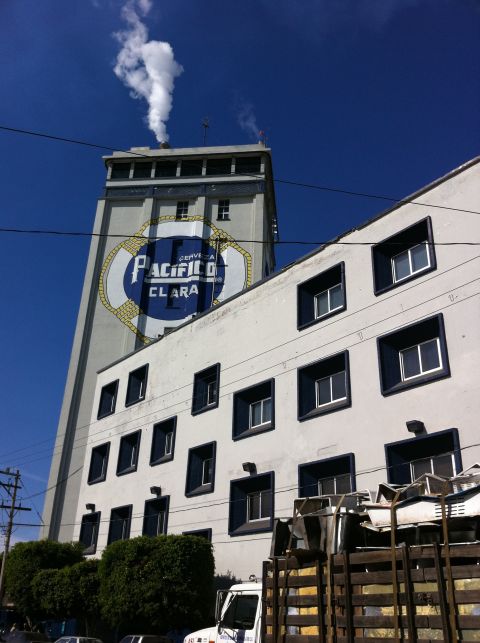 The brewery offers free three tours a day, but only one to two per week are lead in English. The tour concludes in the Pacifico Museum on the 8th floor of the brewhouse building where you can find a magnificent 360° of Mazatlan, funny little scale models of the brewhouse and all of the deliciously fresh Pacifico that you can drink… at least for about 45 minutes when the tour guide has to get back to school.