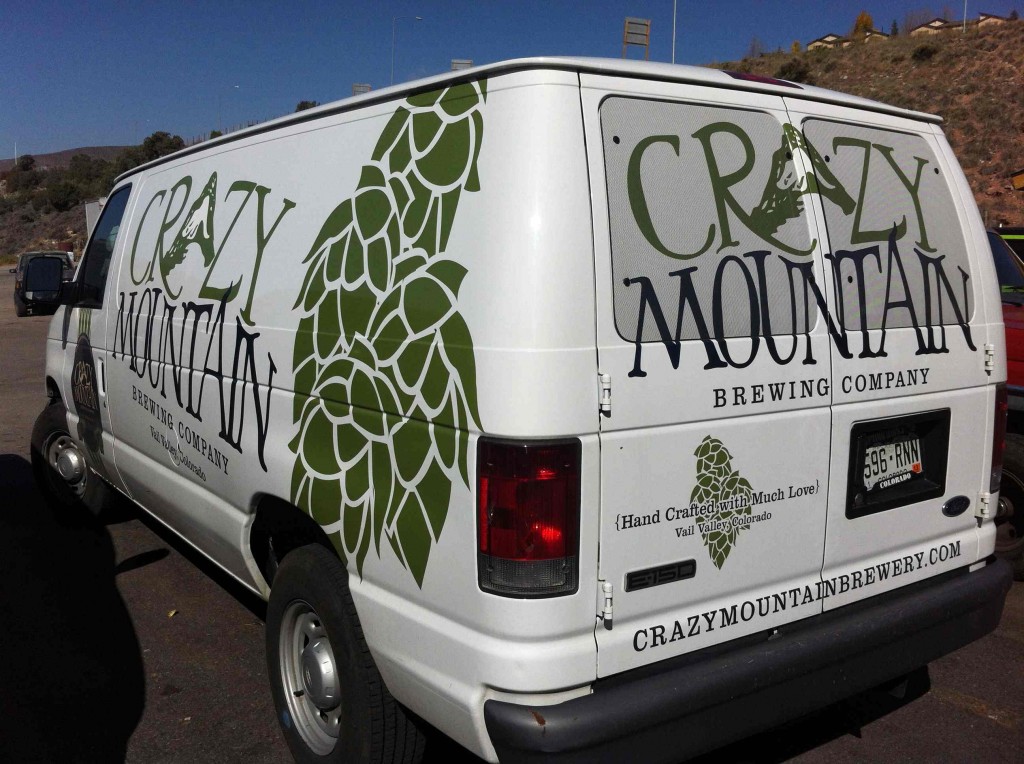 Crazy Mountain Brewing Company located in Edwards, Colorado, in the heart of the Vail Valley, is the latest brewery to set its sights on Oregon. Being outsiders to the state of Oregon, Crazy Mountain Brewing wanted to make sure they receive the attention that they deserve when entering this new market. What they did was sign with an established distributor that is expanding into beer for their Central Oregon roll-out. As was reported last month here at Brewpublic, Bigfoot Beverages is the most recent distributor to take on craft beer in Oregon. The recently expanded Pepsi-Cola Distributor changed names and is now out in their Lane County market with beers from Crazy Mountain Brewing in addition to their existing lineup of soft drinks. 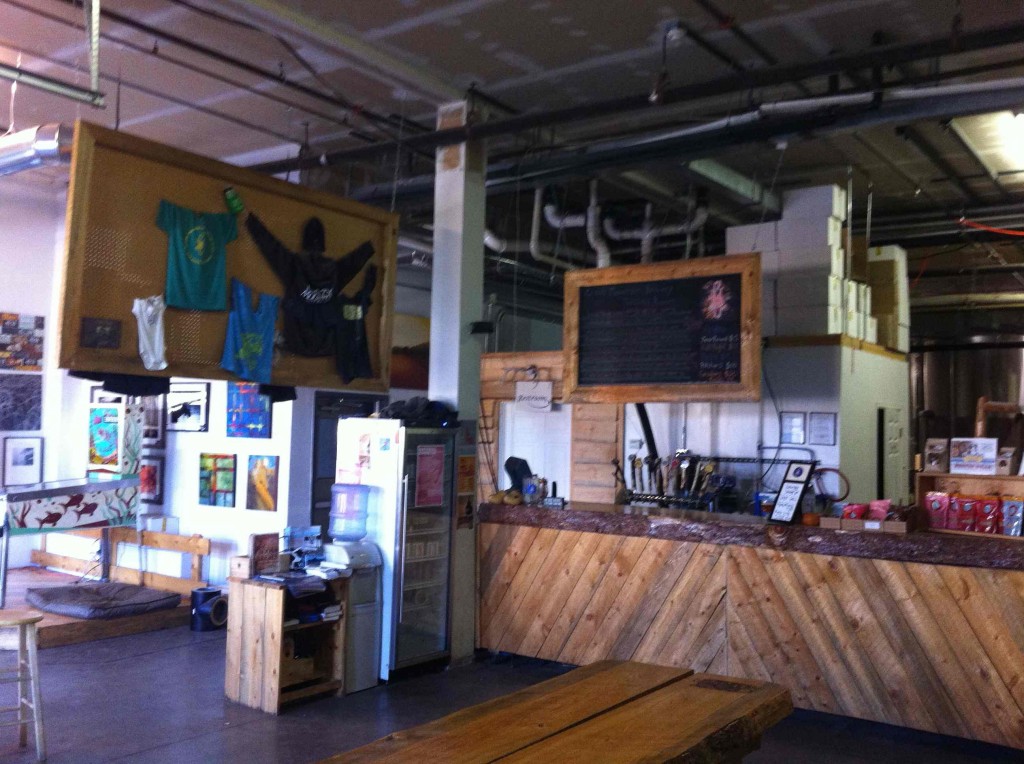 Founded by Kevin Selvy, Crazy Mountain Brewing began operations in 2010. Kevin used his experience from brewing at Anchor Steam in San Francisco to plan out his brewery that would eventually take him back to his home state of Colorado. And it’s the Vail Valley region that lured him back to be the area’s first production brewery.

On my recent trip a few weeks back to the Vail Valley I made time for a visit to Crazy Mountain Brewery. Just a short, scenic 18-mile drive west of Vail, CO is home to their production brewery. The brewery is located directly alongside I-70 so it’s very easy to find.

Upon entering the brewery one walks into the brewery’s tasting room. Once inside the tasting room I notice the brewhouse located directly behind the bar.  There’s no wall dividing the brewhouse from the tasting room so you can get a firsthand view of what the brewers are up to. Crazy Mountain brews on a 20 BBL system. This in conjunction with their growing inventory of 60 BBL Fermentation Tanks, which allows them to keep increasing capacity and entering new markets. They have the potential to annually produce up to 25,000 BBL. That’ll be some exciting times for the brewery when that number is met. 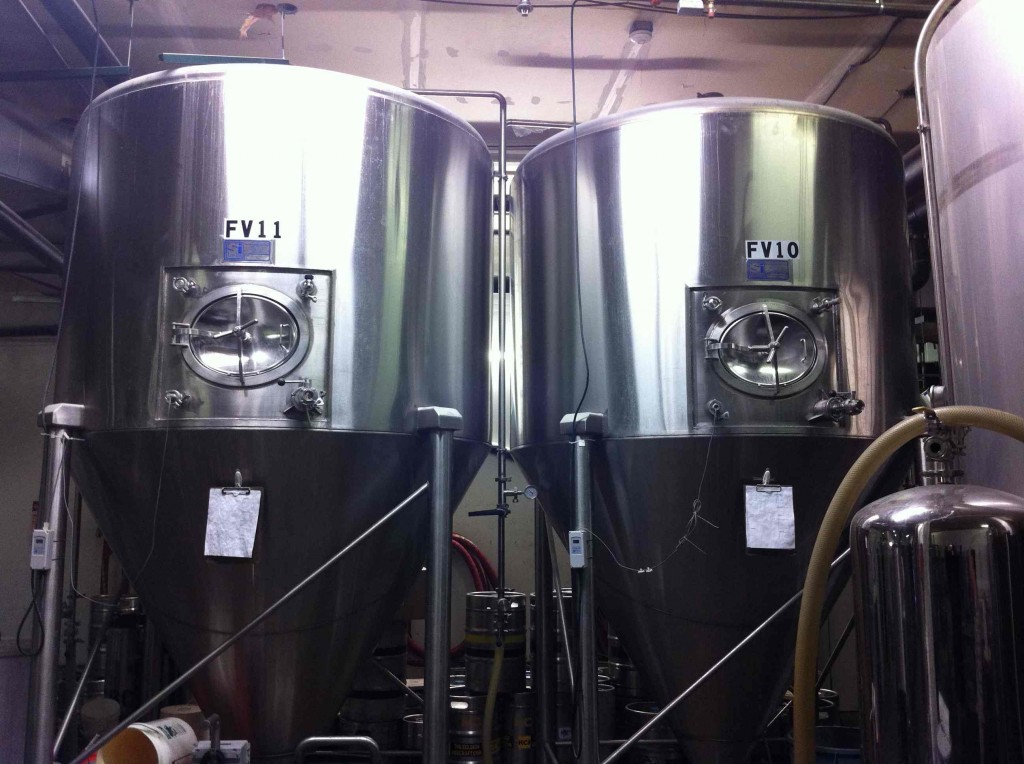 When it comes to their packaged goods, Crazy Mountain fills kegs, 22oz bottles and 12oz cans. Wild Goose of Boulder, CO manufactured their canning line. This line can fill 35 to 40 cans per minute. Currently they’re canning three of their beers with room to grow. And when it comes to canning storage space can be a huge issue. Fortunately for Crazy Mountain they have a large cold storage facility two hours east in Denver where they can store their packaged beer to enter their distribution channel and an inventory of empty cans.

During my visit to the brewery I met up with Kevin so he could show me around the brewery and packaging area all the while sampling his array of beers. Some of the highlights included the following beers: 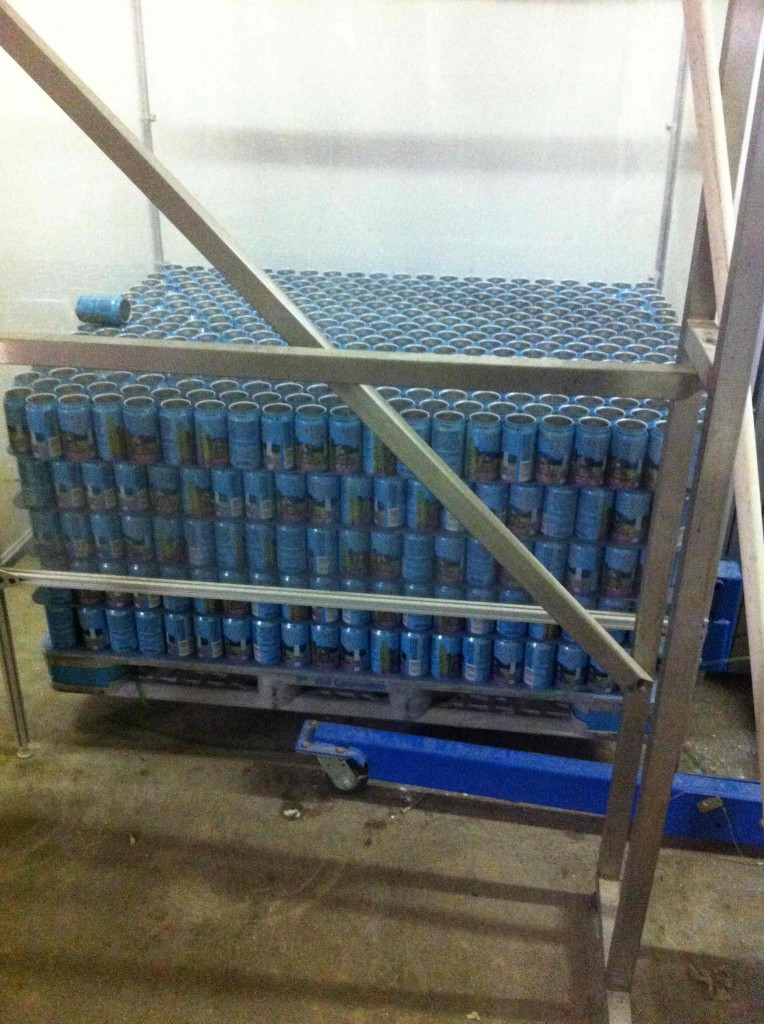 When hanging out at the bar I noticed their unique tap handles. They all have a similar look but each one is its own self. When I inquired about these tap handles he told me that they make each of these tap handles in house from salvaged pine trees that have been ravaged by the mountain pine beetle. These beetles will destroy ponderosa, lodgepole, Scotch and limber pine. After an outbreak these beetles will leave vast amounts of forestland susceptible to fires so the clearing of these dead trees is essential. And what to do with this damaged wood? Make tap handles that catch your eye. 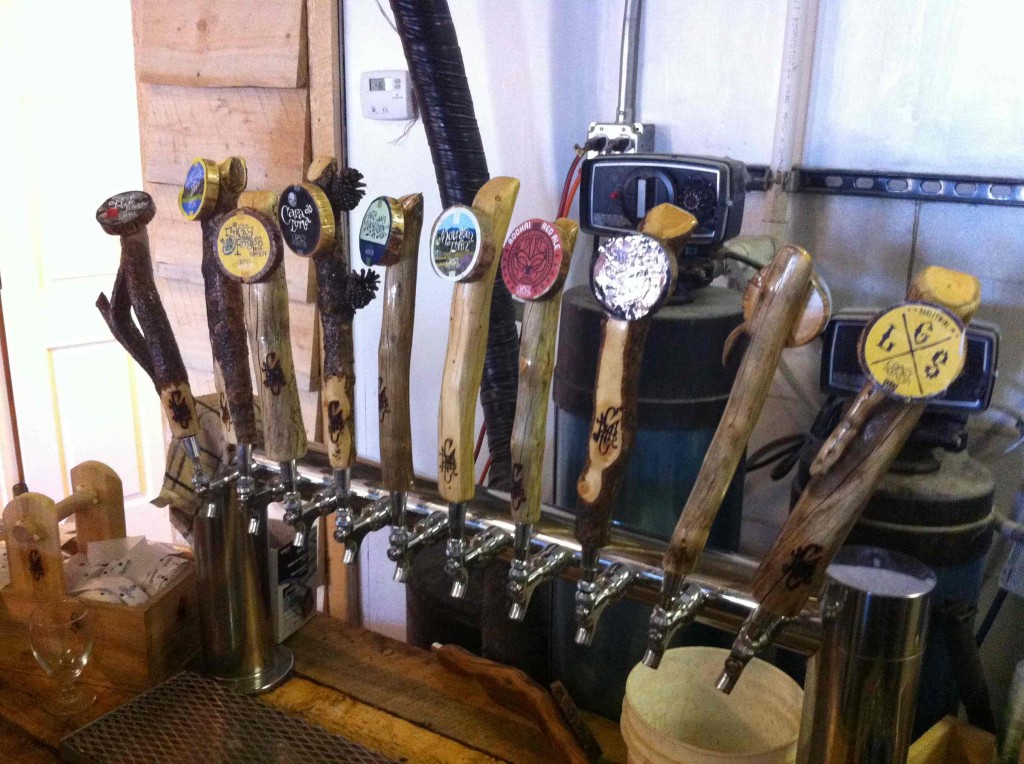 The beers that Crazy Mountain Brewing are distributing in Oregon are their three beers that they can: Crazy Mountain Amber Ale, Lava Lake Wit and Mountain Livin’ Pale Ale. In addition to their canned beers, they will also be shipping some of their seasonal beers on draft.