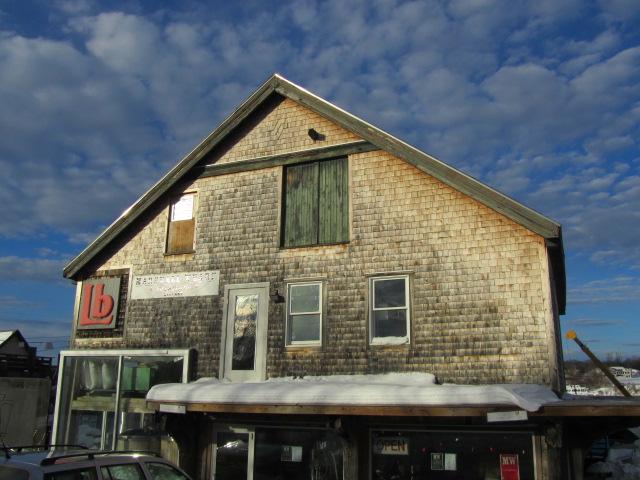 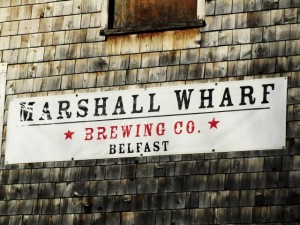 About a year or so ago, a longtime  Mainer friend of mine informed me of a little brewer in Down East Maine that I ought not to miss out on. Spending the past few weeks in the doldrums of Dover-Foxcroft in Central Maine, I’d grown accustomed to the bite of a cold wind, an impending degree of snowfall, and the blinkered terrain of limited craft beer offerings. A a few days of unremitting cold, wind, and flurries,  the weather finally halted and I set off with my father to the seaport village of Belfast to encounter the offerings of Marshall Wharf Brewery.

Established in 2007, Marshall Wharf has more than filled the void that now that Belfast Bay Brewing Company left (ShipyardBrewing now produces the brand out of town). Spearheaded by craft beer visionary David Carlson, Marshall Wharf has turned to a team of brewers headed by former Belfast Bay brewer Dan McGovern to put forth some of Maine’s finest spectrum of delectable brews. Here, a stone’s throw from the harbor by Belfast’s charming colonial downtown, Marshall Wharf’s handy 7-barrel brewhouse roils forth some flavorsome cutting edge beer tipples. 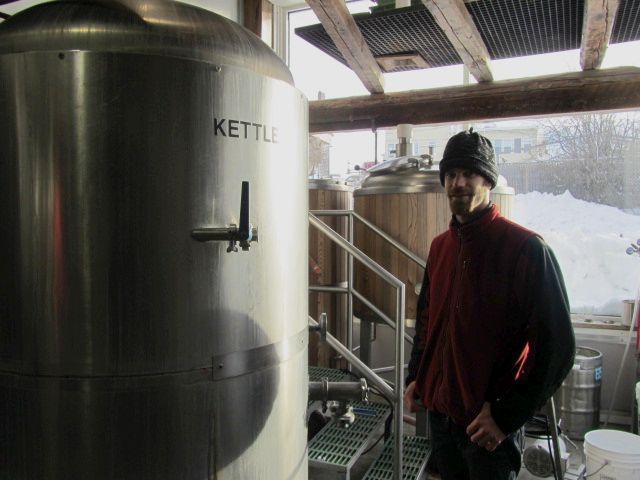 At Marshall Wharf, we met with the amicable Carlson, production brewer Jared Mahrunic, and a staff of clued-up and inspired folks offer a range of modern and traditional beer styles that appease both the furrow browed fisherman, and the progenies like those who subscribe to Brewpublic’s venturesome outlook. About an hour-and-a-half drive where I’d been staying in the shiretown of Piscataquis County, Belfast’s lone brewery announced the New Year’s release of a special barrel aged Cant Dog Pale Ale constituted of 25% barrel aged beer and 75% fresh ale, exercising a portion of two year old esterous brew laid down in twelve year old Elijah Craig bourbon casks. In addition to Cant Dog, Marshall Wharf will be releasing two other bourbon-aged ales. 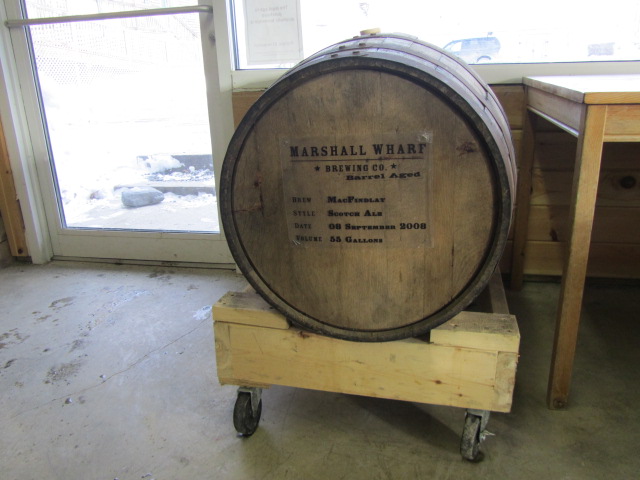 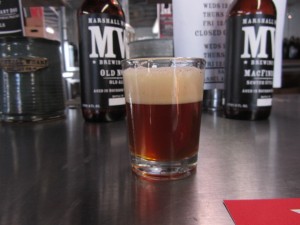 Carlson, obliged my aspiration to sample this spectacle slated to be unveiled to the public on New Year’s Day 2011 by offering up a taster of this divine potion. Rampant with compounded notes of caramel, vanilla, wood, and bourbon, the beer, was by some standards young, yet immediately gratifying. “Barrel aging has become a hot trend” says Carlson. “ We had the opportunity to get some decent bourbon barrels. And though blending is new to us, we’re quite pleased with the result. And it is easy to taste why. Carlson says that Marshall Wharf has served beer enthusiasts from New Hampshire and Massachusetts who are becoming more and more aware of the beers at his quaint 400 square foot brewery. Well known Maine craft brew outposts such as Novare Res and the Great Lost Bear in Portland, Maine have opened tap space to Marshall Wharf’s patent biddings. 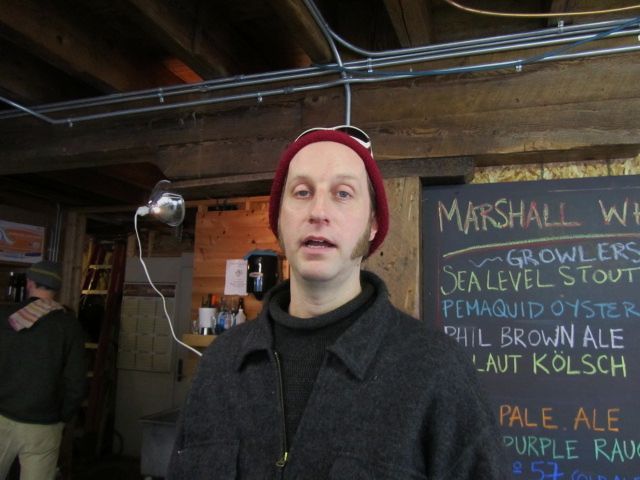 Unlike many traditional Maine craft breweries, Marshall Wharf steers clear of exhausting English yeast varietals like Ringwood and Nottingham, and have opted for a mellifluous and fruity Chico ale strain while tinkering with divergent Belgian sorts. Next door at Carlson’s Three Tides Restaurant and Bar, a Marshall Wharf’s inventiveness runs the gamut of savor with about 25 mainstay, migratory, and chance-taking pickings.

A sampler tray at Three Tides exposed the likes of: 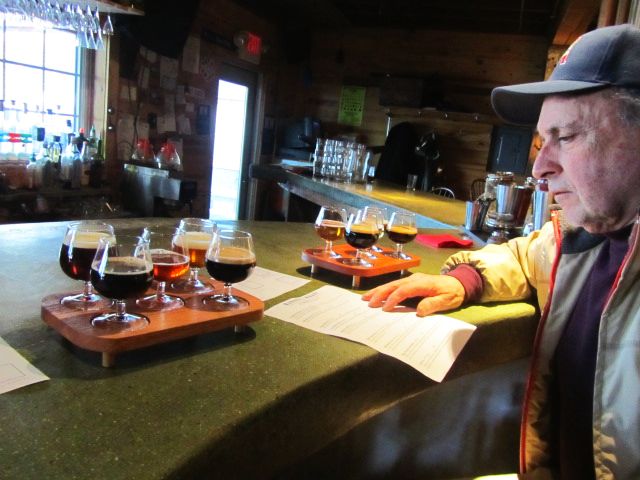 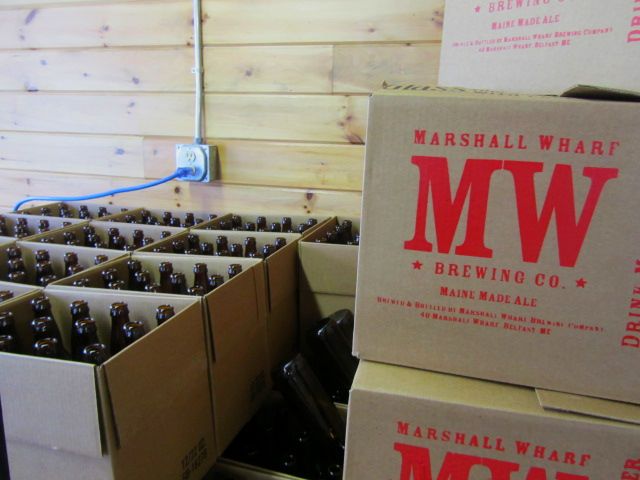 Ace Hole Pale Ale – Carlson admits that this beer has somewhat waivered due to age, but it was great to see that a small Maine central seacoast brewhouse is playing around with Citra and Sorache Ace hops. A hint of diacetyl was evident, but the objective was not intention was not flouted by any means. Now a regular member of Marshall Wharf’s lineup, the Ace Hole is a pale ale for the hop lover, offering a vast aromatic presence and a stimulating bitter snap. 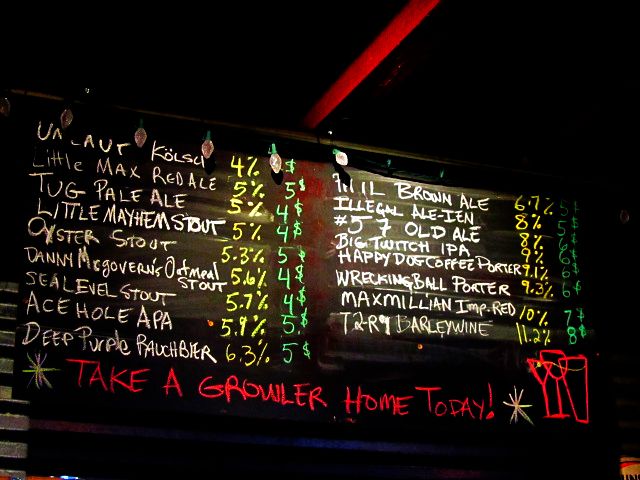 Deep Purple Rauchbier – Another example of the brewhouse’s understanding of craft breadth, this Bambergian-inspired brew makes use of robust peat smoked malt. Described on the menu as “bacon in a glass”, this polarizing beer is one that “you either like the style and tast, or you never want to drink it again.” Unique and captivating, this balanced beer used for making a hearty stew, utilizes German malts and Noble hops.

Sea Level Stout – My oh my, what a brew! A traditional Irish Stout that Guinness could only hope for, this pitchy amenable 5.7% ABV ale is nothing short of dark and tasty as you’d expect in a proper representation of the style. 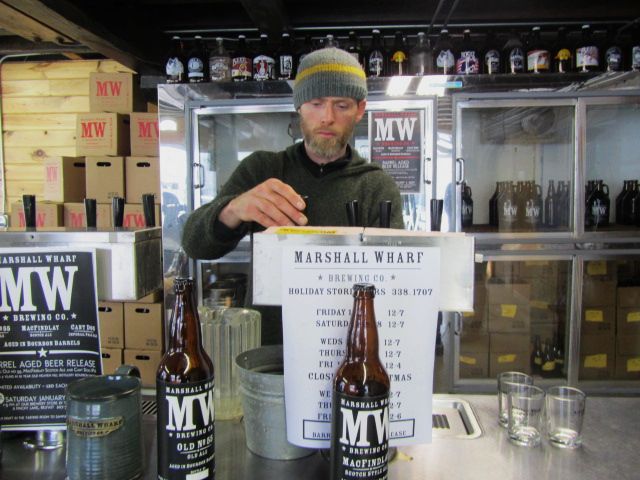 Danny McGovern’s Oatmeal Stout – Named for Marshall Wharf’s head brewer, this beer maintains McGovern’s recipe that has evolved and has been tweaked to perfection since his early days at Belfast Bay Brewing. Smooth, dark, and sweeter than the Sea Level, the creamy charm of added oats is a brewhouse go-to geared to the darker days, but perfect for any occasion.

Happy Dog Coffee Porter – One of two coffee-infused dark ales sampled on my visit, Happy Dog makes use of Green Tree Roastery’s hand-roasted coffee (Green Tree used to be located next door). A Baltic porter base with a hair raising caffeine kick, this brew weighs in at a intrepid 9.3% ABV and cuts through any grim and grog the Down East winter can throw at you. 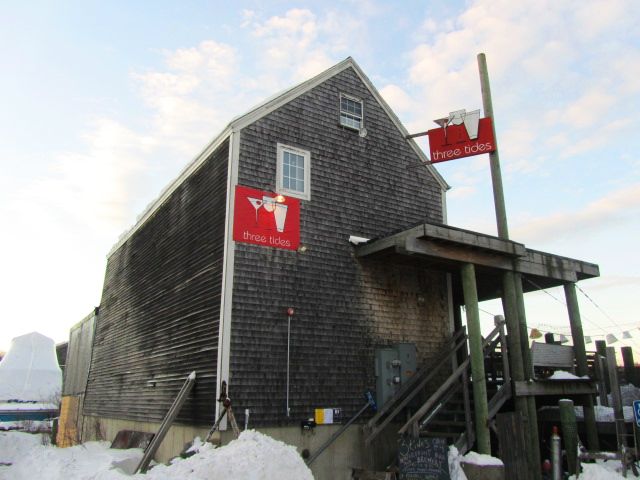 Maxmillian Imperial Red – Gol-ly! A 10% ABV seasonal, this hoppy malt bomb is portrayed by a deep ruby-brownish hue and a shadowy beige head. McGovern’s German grandfather is the namesake for this hearty brew. A mild 4.5% ABV small beer version known as Little Max offers a sparged out parti gyle rendition for those not as daring as those of us who love a kick in the pants such as this.

Phil Brown Ale – Carlson says that he long intended to make such a beer named after his father-in-law. Well, on Mr. Brown’s 75th birthday in 2009, the vision came to fruition ensuing a nutty spin on a typical American or English brown. The use of peat smoked malt is a little spin on the style to honor Mr. Brown. 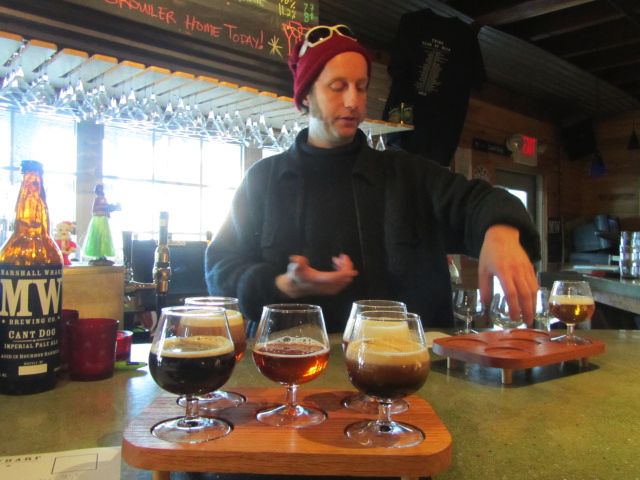 T2-R9 Barleywine – Just the kind of barleywine I wanted was bestowed upon me by this beer named for an unorganized territory of remote Northern Maine. Brewed only once, this big bad brew is, as the brewery says “a monster.” Complex malt and hops married together and “still figuring out what they want to be when they grow up. Yum!” 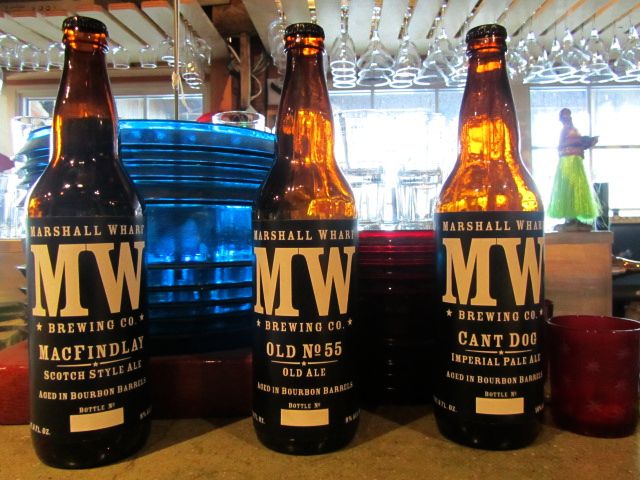 Marshall Wharf, as Carlson adequately points out, is “first and foremost a brewpub.” Belfast’s central coastal location receives a well-receiving audience from Portland to the south and Bar Harbor to the north. The spirit of discovery is manifest in the brewery’s sense of imagination and originality. “We truly live in a great age for beer” Carlson says. Marshall Wharf is founded on a spirit of community and hosts events like their October Beer and Muscles Fest in October. On this weekend following Columbus Day a incident of fine seafood sampling and beer pairings has quickly become a village marvel. “We’re new” says Carlson of his three-year-old undertaking. “We are excited to build on each brewing experience and see what will come next.” 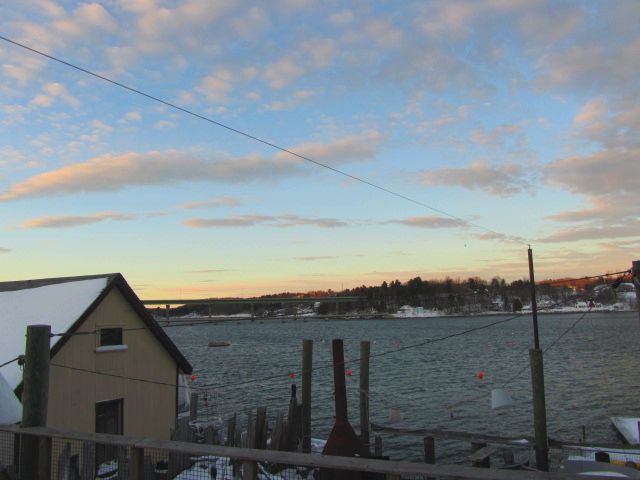