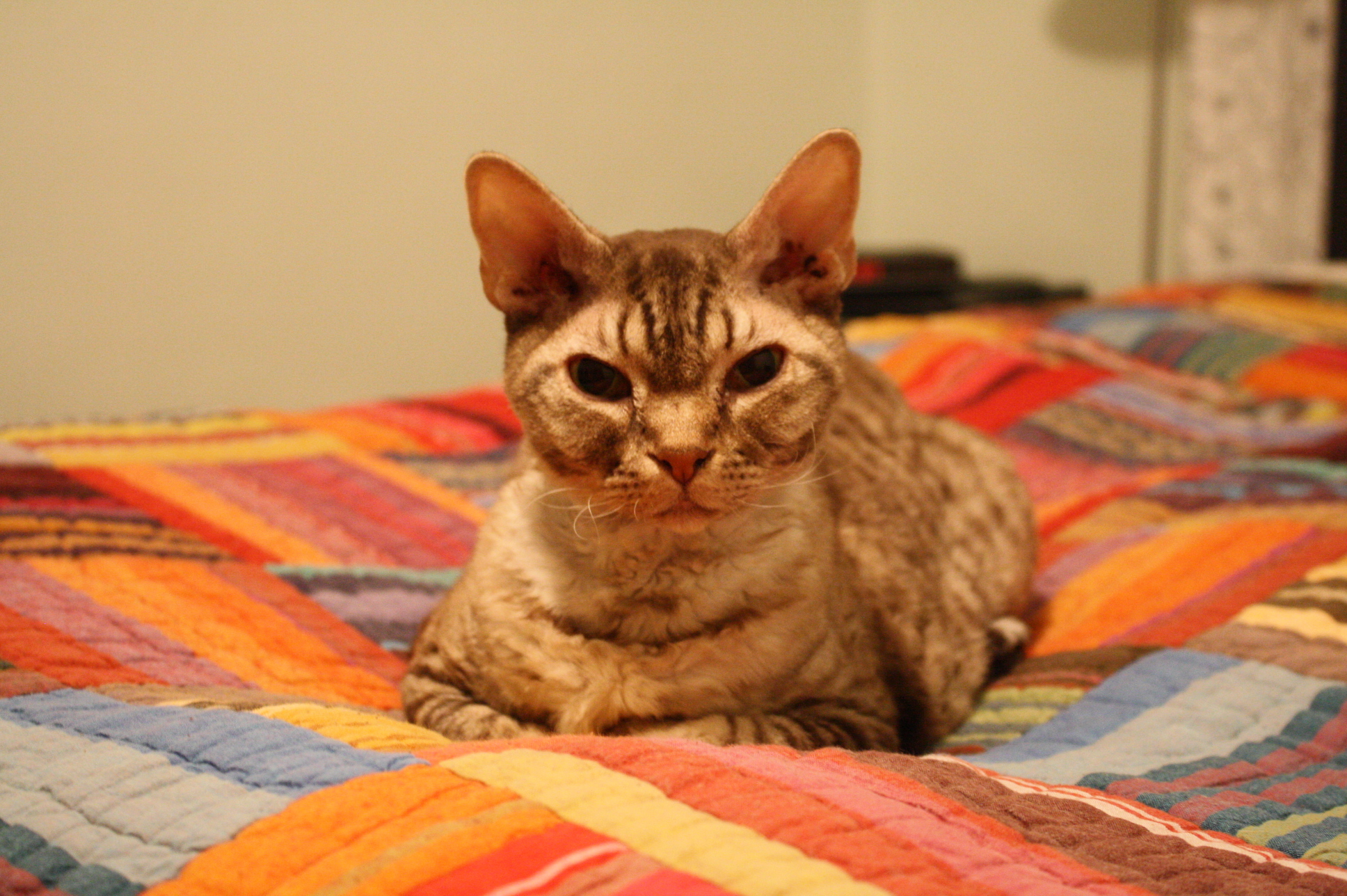 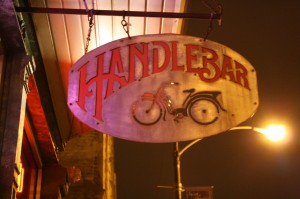 to their apartment in Oak Park where we’d be staying for a portion of our Midwest adventure. After getting settled and catching up with our friends, we headed off to Bucktown for dinner at a nifty little hipster joint called Handlebar. Handlebar is a cozy bicyclist-oriented café/bar with several vegan food options and an excellent tap and bottled beer menu. To the sound of old school Black Flag and Black Sabbath sounds, we perused the healthy menu of food options and hearty selection of Midwest-centric brews. On draft, Handlebar featured Bells Two Hearted Ale, Goose Island Demolition IPA, Bell’s Oberon, Metropolitan Dynamo Copper Lager, and more. I settled on a 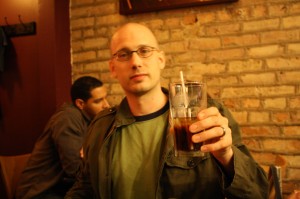 Three Floyds Pride & Joy American mild ale. The superbly balanced medium bodied brew possessed a fragrant aromatic hops nose bolstered by a delectably rooted malten spine had enough to it to cut through the spice of the buffalo seitan wrap and garlic mashed potatoes I ordered without being overly assertive. I also was able to sip some Oberon served with an orange wedge and a dynamic Great Lakes Grassroots Ale. Described as a “fragrant saison blended with coriander, lemon balm, chamomile and lemon basil, the herbal overture married with the pungent Belgian yeastiness made for quite a ride. The Handlebar’s bottled beer selection included Goose Island Juliet, Schneider Aventinus, Goose Island Summertime, Founder’s tart cherry infused Cerise, Left Hand Juju Ginger Ale, and Dark Horse Double Crooked Tree IPA. Several thumbs up and high fives for Handlebar, a great initiation to the better side of ChiTown’s beer scene. 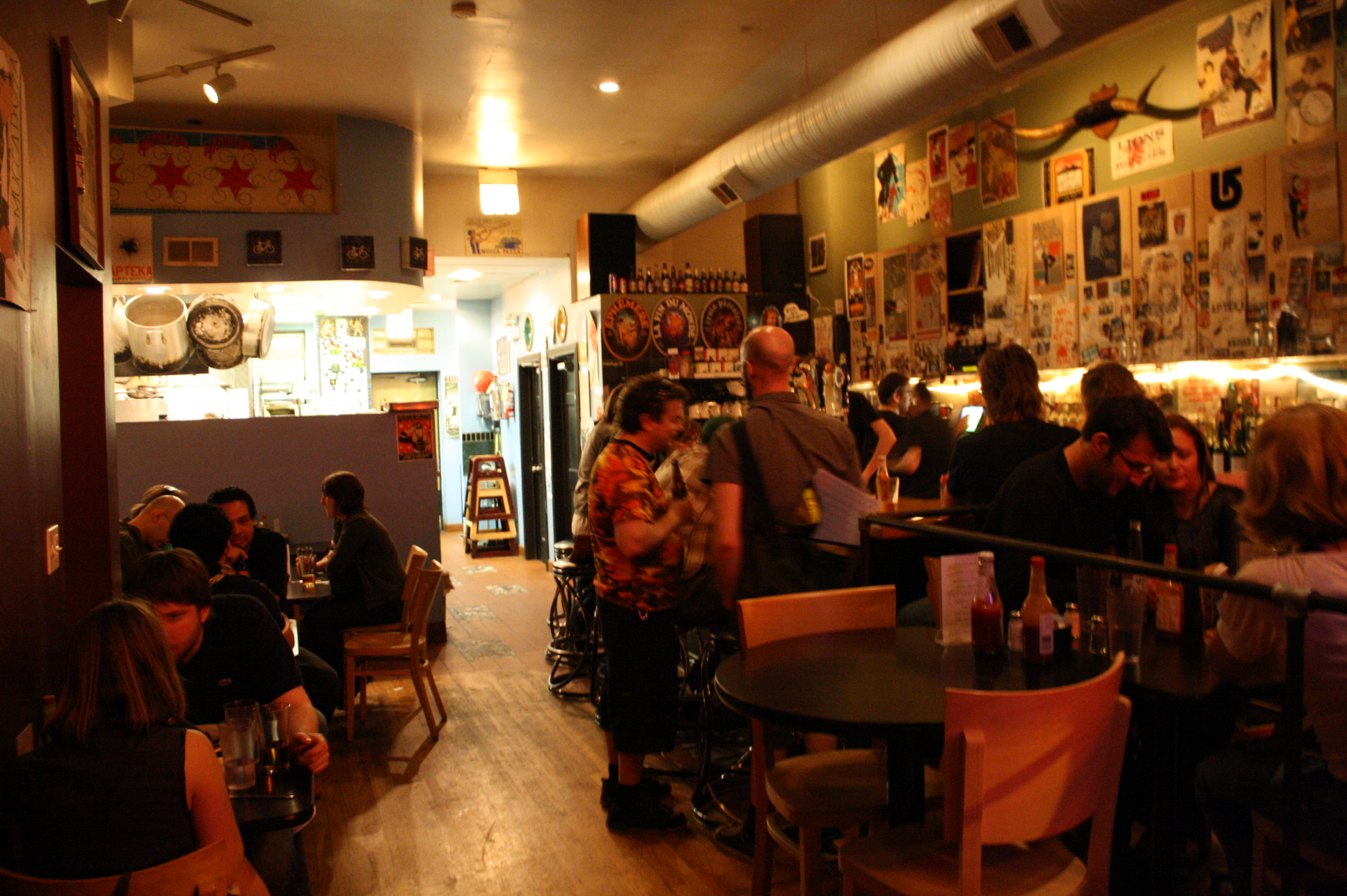 After leaving Handlebar, we walked through the bustling hipster zone that is Bucktown to the nearby Map Room. Featuring woodcut outlines of world maps in square panels outlining the front walls, Map Room was thick with bodies, beer, and noise. After eventually making our way to the sticky bar front, we investigated a 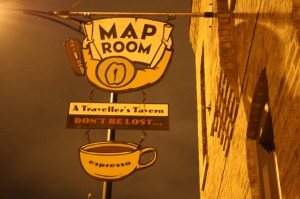 stellar tap selection worthy of a double salute. From the cask I ordered a 20-ounce Surley Bitter Brewer that poured about 16 ounces of the glass. A mild, grassy, downable brew, the Bitter Brewer was inevitably a sipper after the grand portions served up at dinner. I got to enjoy tastes of the Goose Island Demolition Ale, a Belgian-style pale. The Demolition was very funky and assertive on the tongue, exhibiting a bold sweetness and gritty astringency that seemed to overwhelm the senses with a plethora of ingredients. Great Lakes Edmund Fitzgerald, a classic American Porter, was a great 5.8% ABV robust gulper. Chocolaty, clement, and chewy , this porter was my favorite of the three beers I experienced at the Map Room. With a phat selection of draft offerings including Three Floyds Alpha King, Capital Hop Bock, Monk’s Café Flemish Sour Red Ale, and Boon Oude Geuze Mariage Parfait, the Map Room had a laundry list of bottle beers that rivals most Portland and Seattle bottle shops. Very cool was the Room, but the thickness of the air and the high-decibel atmosphere made it hard to hold a conversation and unwind. Perhaps a weekday here might be more fitting for catching up with old friends. 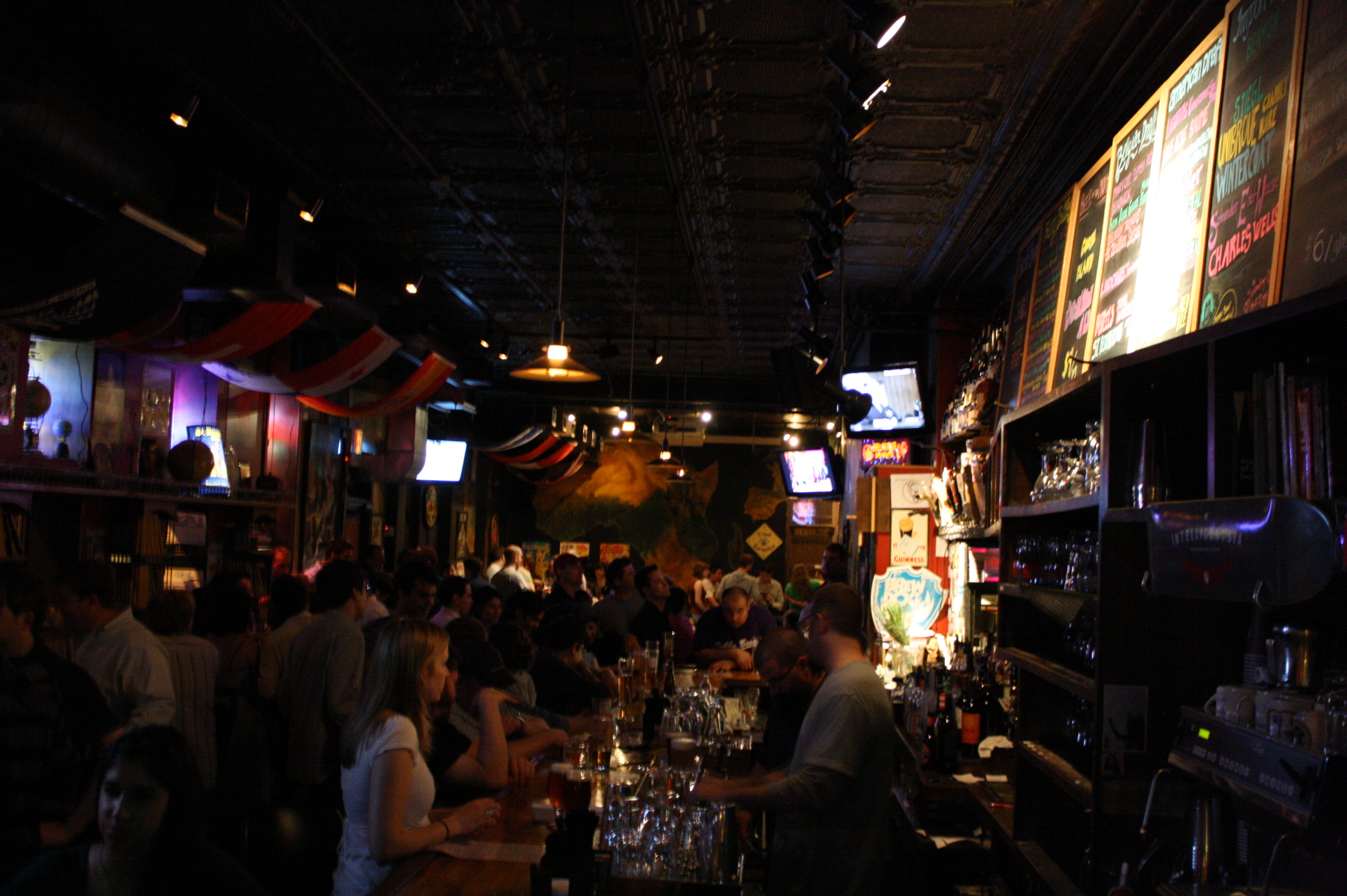 Soon after leaving the Map Room, our rock n’ rolla friend Scott showed us one of his favorite dive bars, Club

Foot, not far from Bucktown. Adorned with a hodgepodge of knickknacks like Star Wars figurines and old breweriana, Club Foot was simultaneously a dingy punk rock haven and a germophobes beer geek nightmare. One of the only craft beers on the menu board was Bell’s Amber, which I ordered. Disappointed when I found this beer served in a bottle rather than on draught, I was even more distraught to discover the contents inside the beer was infested with off flavors worthy of a drain pour. Too bad it cost me $5. Last call was shouted and shortly after the lights came on and everyone was incouraged to get out. We headed back to Oak Park and called it a night. Not a bad first night in ChiTown. Not bad at all.