Here I am at Kansas City International Airport typing away as fast as I can so that I can catch my flight to Chicago. On a layover from PDX to Chicago Midway, I was pleased to see on the airport map that there was a Boulevard Brewing pub across the terminal from where we arrived. 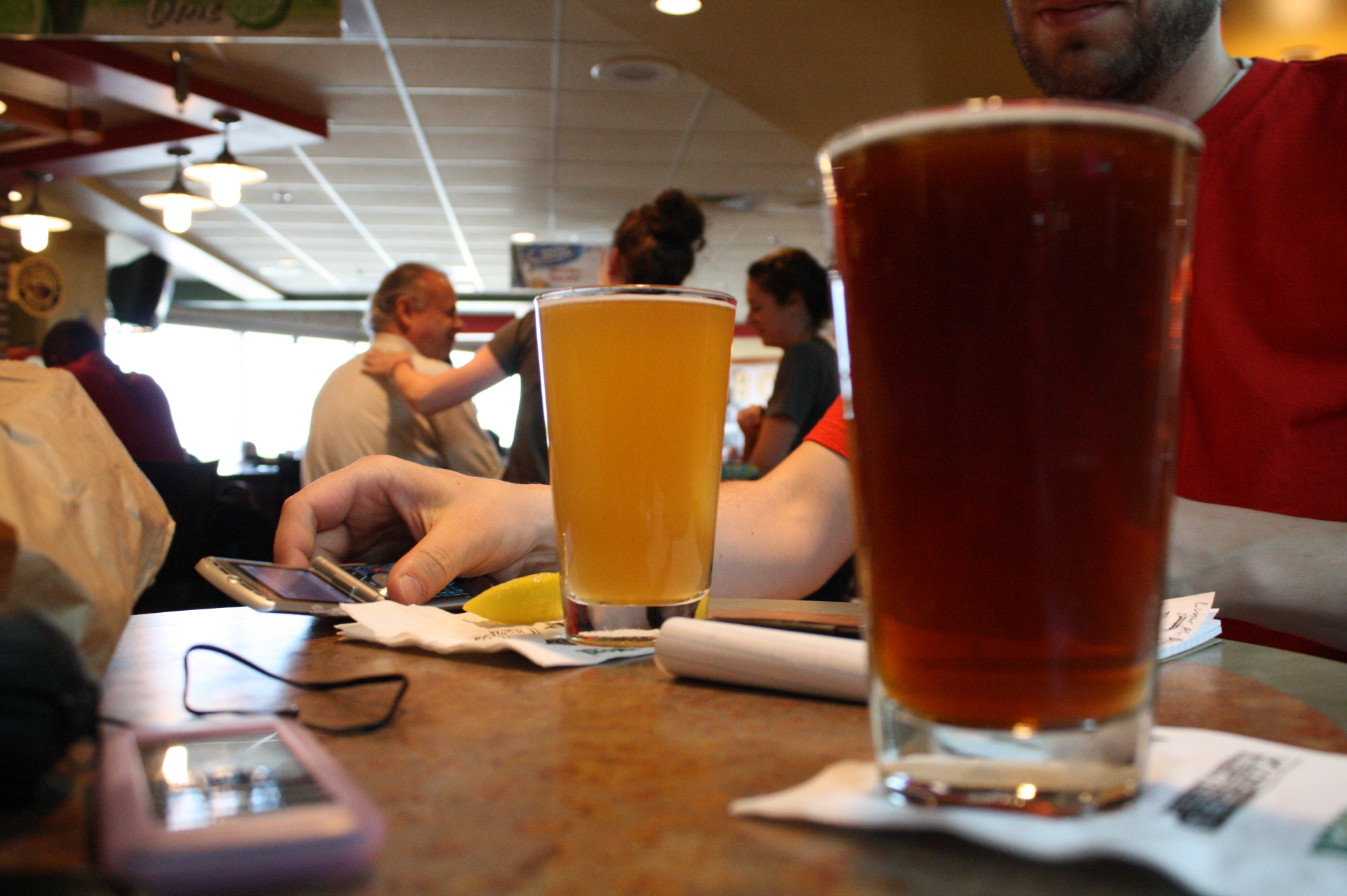 A typical airport bar, the establishment features the usual suspects here in the land of light lagers: Bud, Bud Light, Michelob Light, and Sam Adams Lager. As for the craft house selection, we found the pale ale, porter, stout, and unfiltered wheat as well as an unexpected Lunar Ale. The Lunar is an easy drinking Belgian- 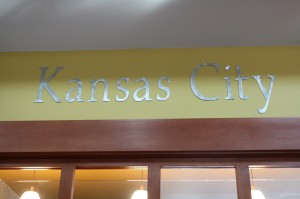 styled brown ale with some decent phenolic and sweet sugary notes. The pale ale was an uber-sessionable crisp and biscuity brew with a soft yet prevalent citrus tinge. The Dry Stout on nitro has a chocolaty and slight smoky nose that was quite inviting, but the mouthfeel was lacking and thin with not much to follow up the initial whiff. I had experienced the flagship Unfiltered Wheat was on par with Widmer and Pyramid’s mainstays. Served with a plastic sworded lemon wedge, the consistence of these Boulevard selections was quite contemporary and an example of accomplished brewing practices. I was unrealistically hoping a Smokestack Series brew would be on tap, but was content to find to Lunar and the establishment itself as an oasis of sorts.

As for the food menu at Boulevard, it was indicative of much of the area and possessed zero vegetarian options (Glad we packed sandwiches to eat on the plane). The bartender/waiter was quite hospitable. Dressed in a similar referee-esque duds reminiscent of Foot Locker shoe shops at the mall, he recommended, if we had more time, that we pay visit to the Boulevard brew facility in downtown KC. Next time I most certainly shall. In the meantime, I will have to grab a bottle from By the Bottle in Vancouver, Washington upon returning to the great Northwest.