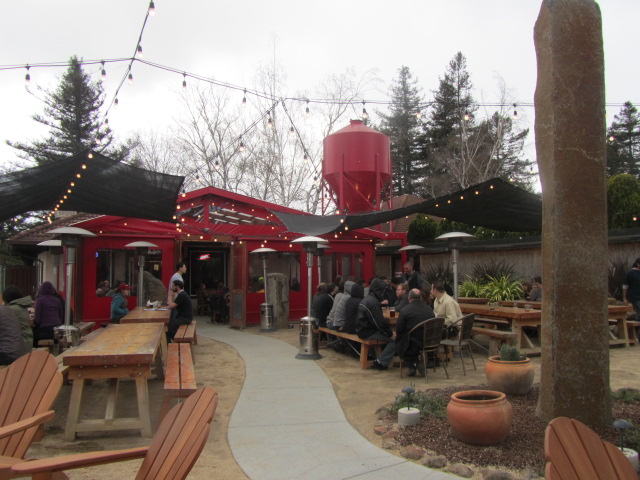 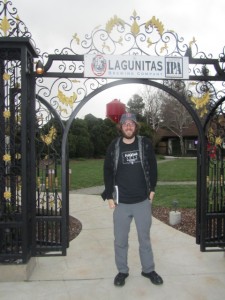 This was our first time back since first arriving in late 2008. Back then there was a modest rec room aloft to the brewing facility, but now, there was a magnificent new beer hall known as the Lagunitas TapRoom and Beer Sanctuary. This grand expansion effort came to light in 2009 and has since been pleasing the locals and thirsty travelers ever since.

Through an iron gateway and down a path toward the sound of riffing guitar and bouncing bass, we entered the party. The pleasant music we were enjoying was that of Jason Bodlovich, a popular North Bay multi-instrument fusion talent whose music vibed well with the theme and beers of Lagunitas.  We were also pleased to run into a few fellow Portlanders who were on a beer tour of their own, independent of the Craft Brewers Conference. 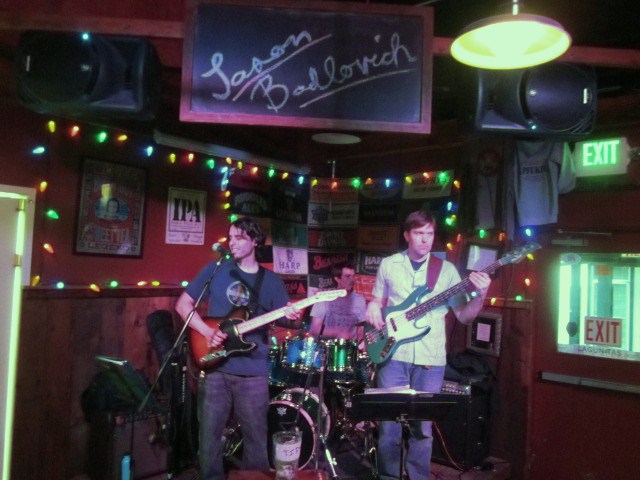 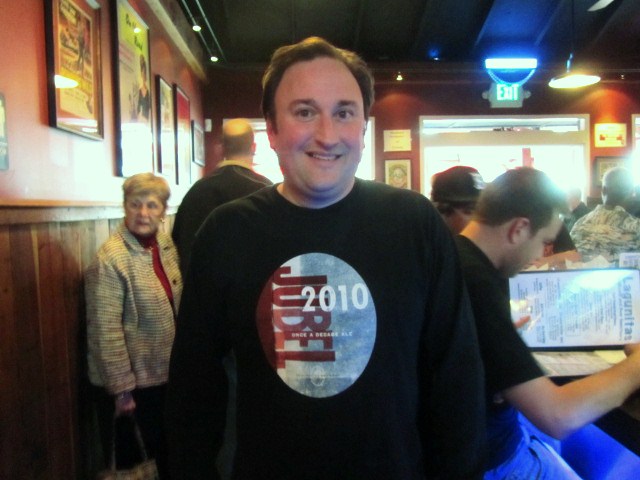 No where else but Lagunitas Beer Sanctuary could one hope to find so many of their kickass beers on tap all at once. Old favorites like Censored, Czech Pils, and Dogtown Pale Ale, were all flowing in addition to a number of bold and hoppy seasonals like Brown Shugga, Undercover Shutdown, Hairy Eyeball, and Gnarleywine . For beer geeks like us who want to try something new and off the beaten path, the pub offered a distinctly tart blend known as Sonoma Farmhouse Gueuze served in a stemless wine snifter. This bronze-orange hued ale possessed no head and a sharp Brettanomyces sourness followed by a creamy, sweet-dry balanced finish. A faint nuttiness and lingering soft candied smoothness left a warming impression of this fine brew. 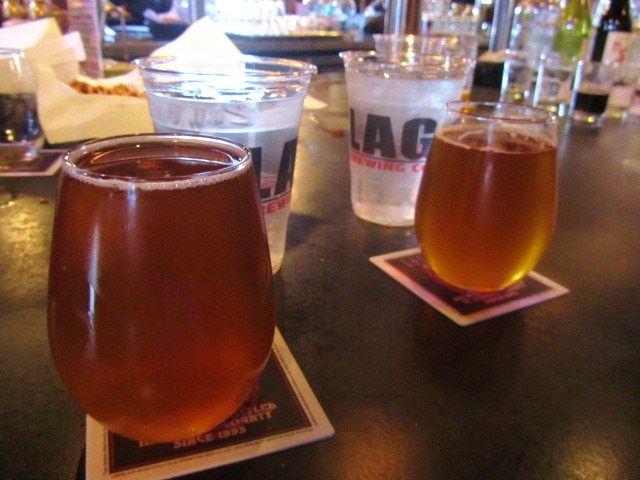 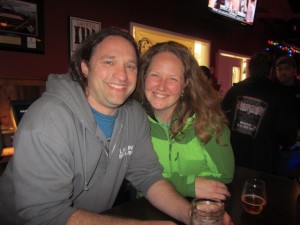 Not long after finishing up our Gueuzes, we met up with our friend and Lagunitas employee Don Chartier, aka Mr. Nice Guy (really, his business card says so). Don really is one of the nicest people we’ve met in the brewing industry. He’s also a hard working gentleman who is a perfect fit for Lagunitas. In the more than six years he’s worked for there, Don has helped out in a myriad of capacities, especially marketing and branding. Don recommended we try the Sacramento Fusion and the Fusion V brews. the Sacramento was a pitchy dry, roasty ale made with rye malt and signature Lagunitas assertive floral hop notes. It was essentially like a big hybrid Cascadian Dark Ale. The Fusion V, a clear dark amber ale, contained Pilsner malt fermented using a Westmalle yeast derivative. The result was a simultaneous dry and sweet from the malt-yeast play and finished out at over 12% ABV.

Also at Lagunitas, we met Kat Adams. Kat is a talented gardener who aided in the production of a fresh hop beer known as the Wet Cat. She and Don shared some brews with us as well as some laughs. The thing we really love about Lagunitas is the positive energy that everyone here puts forth. It leaves you feeling good all over. And the stellar beer doesn’t hurt any either. Speaking of cats, we also came across this purring pubgoer at the Beer Sanctuary: 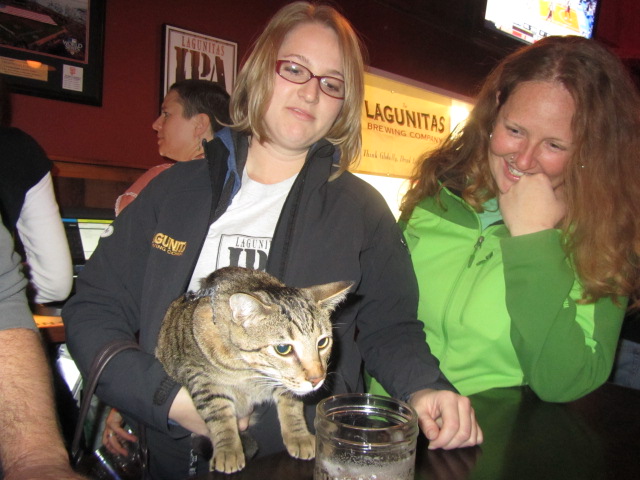 Don informed us of a $9.5 million expansion underway at the Petaluma brewery. Their last expansion two years ago, a $2.5 million undertaking which added a state of the art 80-barrel brewhouse, was projected to last 6-8 years. But with incredible growth and demand for Lagunitas delicious brews, things got blown up much sooner than anticipated. Now, Don says Lagunitas is increasing capacity with a 250-barrel brewhouse and adding cold storage and a loading dock. “Cold storage is everything” he said, pointing out that “(Lagunitas) can go from about 140,000 barrels to 260,000 barrels (annually).” With the expansion he noted that they will be able to generate in the ballpark of 600,000 barrels per year! (For more on Lagunita’s most recent expansion, check out this article in the North Bay Business Journal) 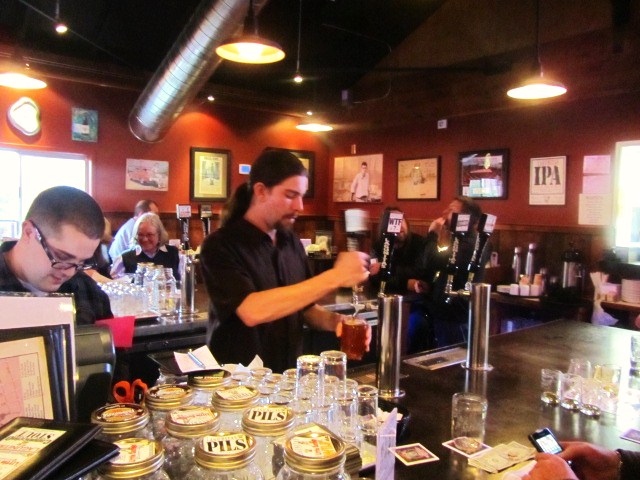 We’re stoked to see the continued success of Lagunitas. The Beer Sanctuary truly lives up to its name and we love their beer. Cheers!