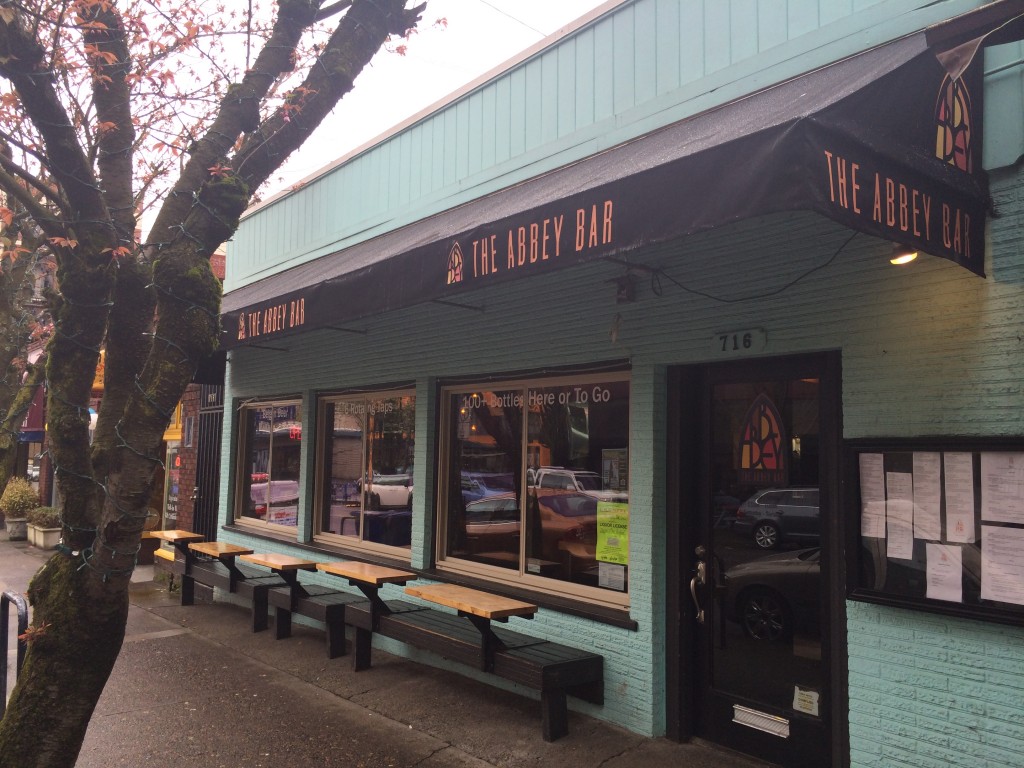 For many years Northwest Portland has never been known as a gathering place to drink rare, hard to find imported beers along with their American brewed counterparts. Yes, there may be a few spots here and there but there were not many places to get all excited about to be able to drink some rare and exciting beers. Has this now changed with a brand new Belgian beer bar, The Abbey Bar, that recently opened in the former Melt Bistro spot on NW 21st Ave?

Bristol Kelley has now opened a well focused Belgian beer bar in trendy NW Portland. This cozy spot offers six taps of rotating beers that mainly focus on Belgian or Belgian inspired beers. When we were there they were serving beers from Ommegang, Lindemans, Green Flash, Rodenbach, and De Proef. Be prepared to spend a bit on their beer offerings. The draft prices are a bit on the steep side. Most of the beers pouring were well over $5.00 for an 8 ounce or over $8.00 for a 12 ounce pour. Maybe its the neighborhood that requires these prices but you can walk down NW 21st and definitely find some better prices but not the selection that The Abbey Bar offers. 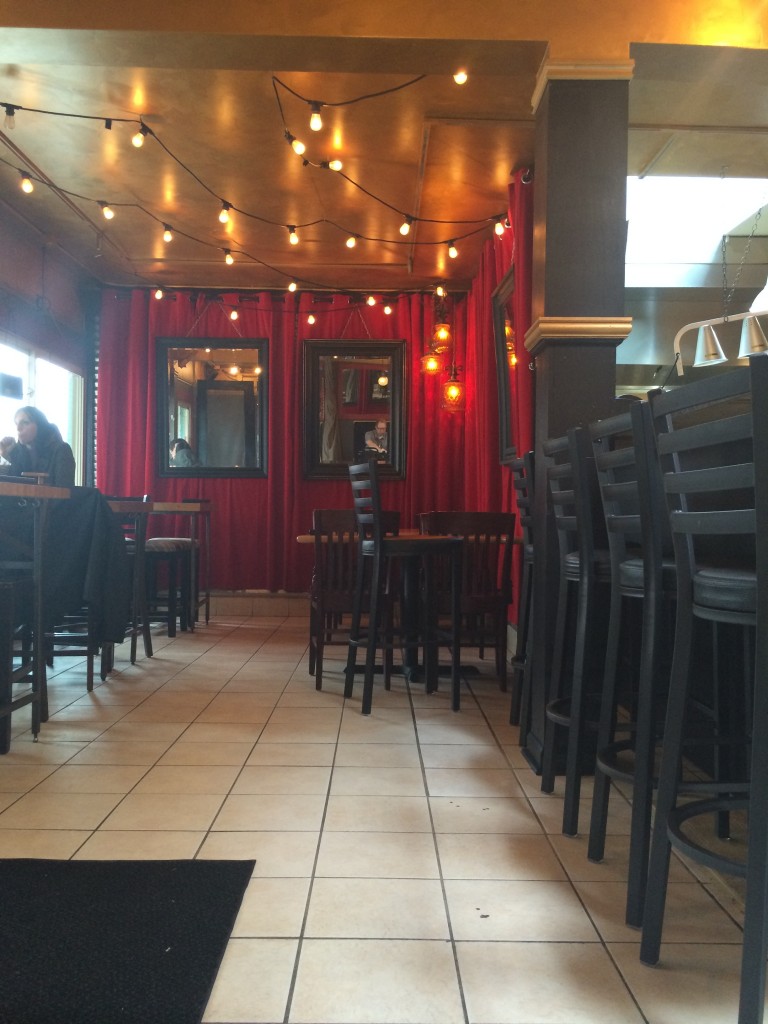 Beyond their 6 taps, The Abbey Bar also offers more than 100 different bottles of beer that are available to either drink there or to go. From perusing the beer menu there are many difficult to find Belgian and other imported beers on their menu. However, if you’re a big hophead, this is not a beer list for you. There were very few hoppy beers on the menu. This could change based on the demand put forth by The Abbey’s customers. The only downside to the beer menu is that there are not any prices listed for their extravagant bottle selection. Hopefully this will change so the surprise will be a bit less when the bill comes.

Since The Abbey Bar offers up a full bar they also offer a food menu. The menu itself is divided up between small plates, large plates and dessert. A few of the small plates offered are frites, cheese plate, asparagus, and rotating soups. The large plates feature a Flemish ale stew, charcuterie plate, Croque Monsieur and Croque Madam. On our visit we had the very delicious Flemish ale stew. This hearty stew was atop stroganoff noodles that were also served with crostinis. This dish is definitely recommended to fill one up on a rainy afternoon. 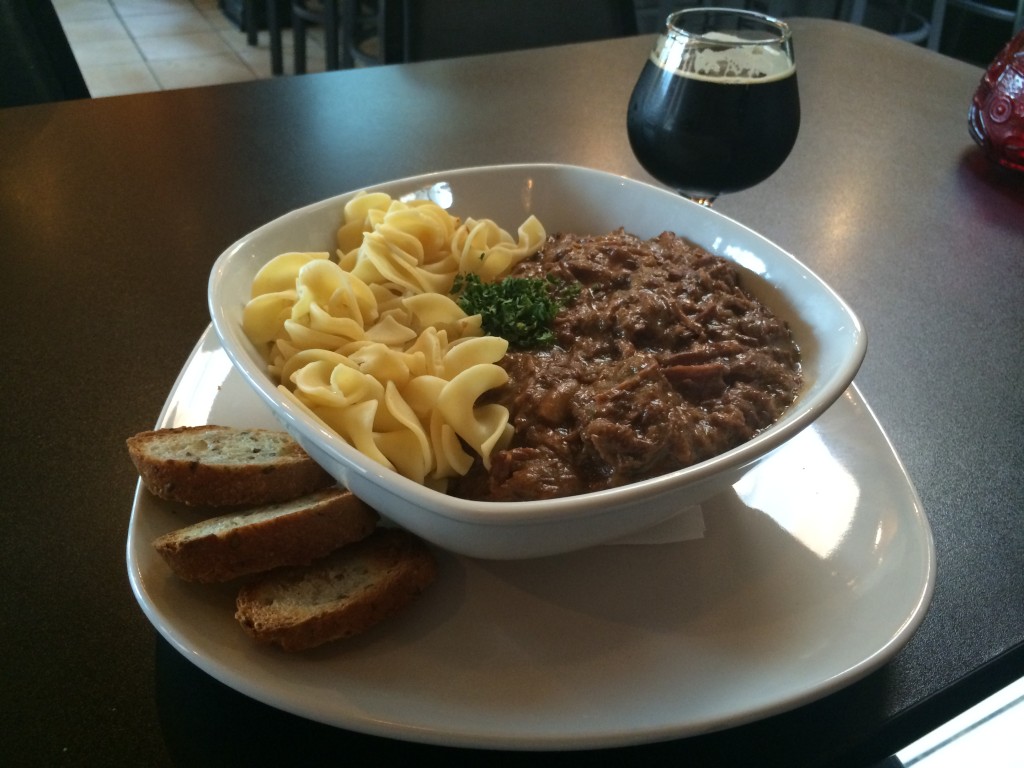 The overall ambiance at The Abbey Bar is welcoming. For those that will stop in during the daytime there’s a nice skylight that sits over the bar that ushers in some of our sought after sunlight. There’s room for 8 to belly up at the bar but for those looking to relax at a table there are 10 sets of tables that each seat 4. Then on the days when the weather cooperates there are 5 outdoor tables to take in the walkers on NW 21st.

The Abbey Bar is open seven days a week. Their hours are 11am-10pm Monday-Friday, and 9am-10pm on weekends with brunch being served from 9am-2pm. Happy hour at The Abbey Bar is from 4pm-6pm. 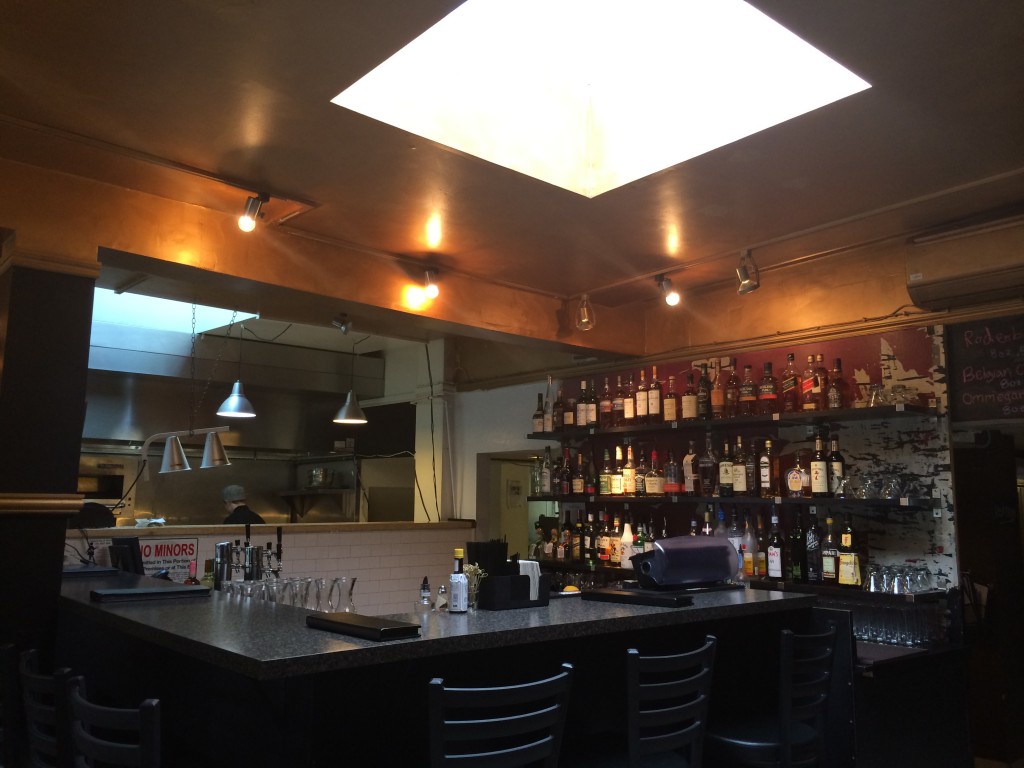