The locations of strong, well managed craft beer focused establishments in Northwest Portland have been very limited over the years. Especially when comparing the ones currently located there to the ones in the other quadrants of Portland. Now residents and frequenters of Portland’s Pearl District have their very own growler fill station and draft beer bar. A few days ago The Big Legrowlski opened its doors at 812 NW Couch Street.

Brendan Jones founded The Big Legrowlski, an obvious take on a film of a similar name. He uses some of the film’s other more notable takes and most noticeably the use of Abide on coasters, growlers and his business card.

The taplist at The Big Legrowlski will feature 15 rotating beers. On our visit breweries from the Point Blank Distributing portfolio took up all 15 taps. Jones states, “This is my first exploration with Point Blank”. However, he plans on changing this up a bit as he needs to re-order beers to see what his customers request.

That being said, the current taplist is quite strong. Jone’s wife grew up with a few of the founders of Boneyard so he was able to secure their highly coveted RPM and Hop Venom. Beyond Boneyard they have a few selections from Barley Brown’s, pFriem, Upright, Laurelwood, Double Mountain, Anthem Cider among others.

For growler sales he’ll pour you sample before choosing which beer you want to put in that vessel. Otherwise to drink in house 1oz samples are $1.00 and a pint is $4.00. Of course with select beers this could change slightly. Growler fills will range from $10 to $14. 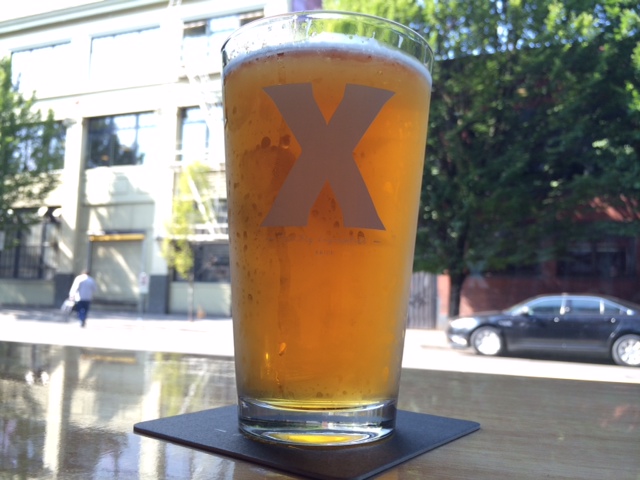 The Big Legrowlski does have a limited run of glass growlers that also borrow from other well-known images but with these it’s from other breweries or beer bars. Their “X” image is similar to Alesmith’s X Extra Pale Ale and they have an image similar to Zeitgeist bar from San Francisco that is too a rip off of the Playboy bunny years. Then they have the Löwenbräu lion on another growler. Jones said that these are limited runs and that he was mainly playing around with many various logos to put on their growlers. I’m sure that it will help sell some of these.

The bar itself is quite inviting with its great large open windows that allows one to view all of the foot traffic through the Pearl. There are 6 swivel height bar stools that offer this view out towards the street. Then there are another 6 of these same bar stools to park oneself directly at the bar. His hope is to be able to place a bench out front along the building so patrons can enjoy our fabulous Portland summers. 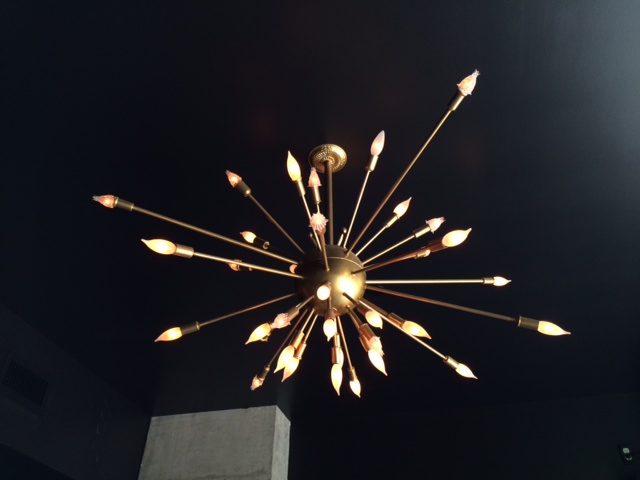 Their current hours are Noon to 10:00pm seven days a week. Once Jones gets a better grasp of his business trends he may dial back the amount of days he is open. As of now he is the only one working the bar at The Big Legrowlski and 70+ hour workweeks will begin to take its toll on him.

Located about half way between Bailey’s Taproom and Deschutes Brewery Public House, The Big Legrowlski will be the perfect stop on your next pub crawl or growler to bring back home.