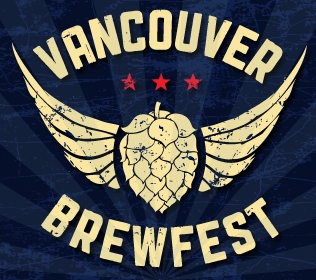 Vancouver Brewfest (USA) coming to Vancouver, WA on August 10-11, 2012. Sample Oregon and Washington beers and enjoy the great outdoors at Esther Short Park in the heart of downtown.

Though just a stone’s throw from North Portland, Vancouver, Washington to many seems like a world away. Across the Columbia River that divides Oregon and Washington, America’s Vancouver is quite a different social and political landscape from Portland, of which is is part of the metropolitan area. Here you will find no food carts, no light-rail train, and no where near as much liberalism as you can expect to find just to the south in Portland.

Here you will find a small constituency of craft beer culture, led by By The Bottle and newly re-opened Salmon Creek Brewpub, as well as the venerable craft beer bar The BrickHouse, upstart brewery Mt. Tabor Brewing, and the beer and coffee cafe Brewed, all in downtown. Further into the burbs, Vancouver also claims NW Liquid Gold, a bottleshop and growler-filling station, and Baders Beer and Wine homebrewing supply shop, as part of their rising craft beer assets.

outdoor beer festival, Who’s Your Daddy? Beer Festival, organized primarily by the folks at By The Bottle in downtown’s Turtle Place Park. A humble affair, the event showcased about a dozen Washington craft breweries and made it clear that this quiet city was in dire need of more craft beer culture.

On August 10 and 11, 2012, the first larger scale brewfest bestows Vancouver in the larger Esther Short downtown park, the site for the village’s popular farmers market. Close to the Interstate Bridge and the Columbia River waterfront, this location will witness more than two dozen breweries from the West Coast, mostly Oregon and Washington, including some brand new ones to the area. Loowit Brewing, West Highland Brewing, and Heathen Brewing area all brand new breweries in Vancouver soon to be cranking out beer to the locals (for a complete list of breweries at the fest click here, for a list of live music at the fest click here).

Like any brewfest in its first year, the hardworking organizers of Vancouver Brewfest will surely find a few kinks that need to be ironed out in coming years, but it’s a great start for a city and county that can surely use a shot in the arm when it comes to craft beer. Especially when you consider how close it is to Beervana. 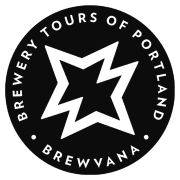 BREWVANA Brewery Tours is providing transportation to the Vancouver Brewfest this Saturday August 11th from 2-9pm. Pick up and drop off will be in SE Portland at APEX Bar (1216 SE Division Street) on the hour every hour.

Advance tickets are available NOW for $25 and include transportation both ways, admission to the fest, sampling glass and a pretzel necklace.  Register online www.experiencebrewvana.com or call 503 729 6804.  Tickets will be available the day of the event for $30 to be purchased on the bus, cash only. See below for the shuttle schedule. Must be 21 or over.

Sidenote: Since we just mentioned Vancouver Brewfest and APEX,  remember our post earlier this week about Migration Brewing changing their logo due to a cease and desist from Multnomah Athletic Club (read post here)? Well, look at the similarities between these two logos. Please don’t sue one another. Just sayin’. 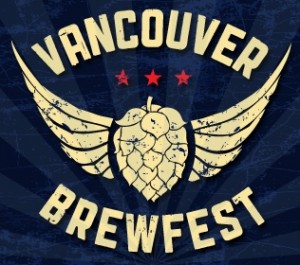