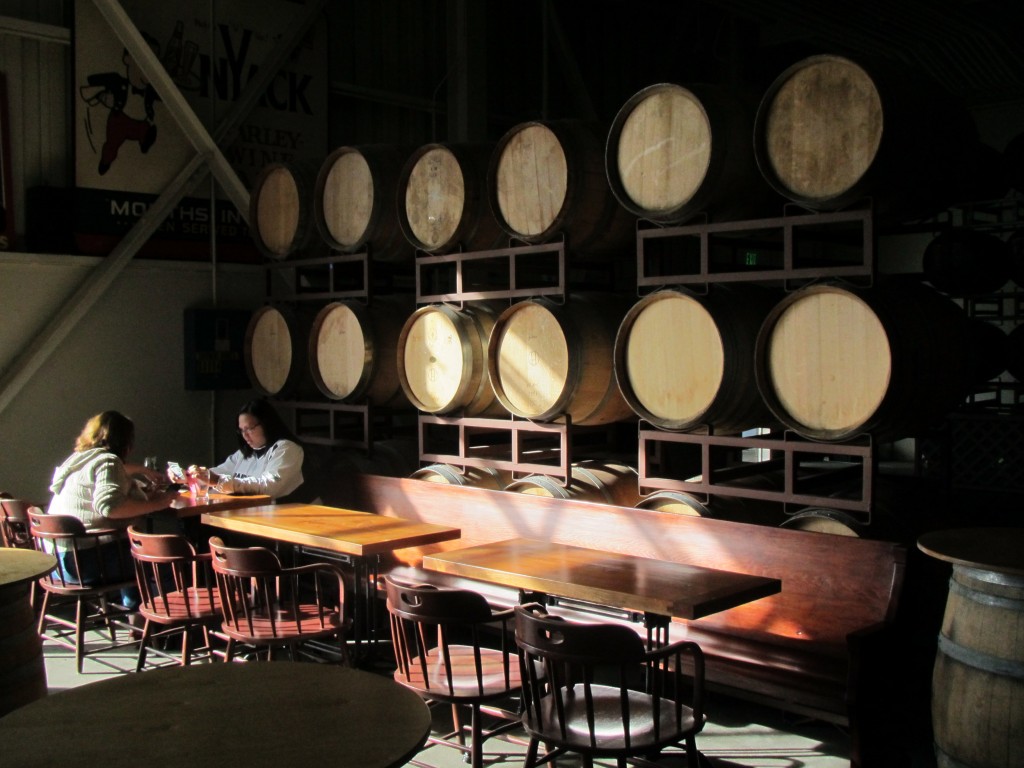 So, picking up where we left off in Part One of our recent Bay Area Excursions bit, we headed north from Berkeley, CA into the heart of vino country. Ironically, we didn’t explore the vast and seemingly endless world of artisan wine from this region, save for a glass of non-regional Chianti. And for some reason, every time I enjoy a fine glass of the stuff, it always brings to mind the below clip from Silence of the Lambs. I digress…

The string of days with sunny warm weather (in which highs reached the mid 60’s during the day) rolled on as we rolled into Calistoga. Not too far east from several nationally recognized breweries such as Russian River, Lagunitas, and Bear Republic. However, we kept our travel plans simple and relaxing. The idea was to not return from vacation feeling more in need of a vacation than when I left. Thanks to Calistoga Inn ambassador Peter Stetson, our mission was accomplished. Calistoga Inn is a simple yet eloquent manor with a bed and breakfast feel. In a turn-of-the-20th Century building, the rooms upstairs were in many ways reminiscent of McMenamins properties such as Kennedy School and Edgefield Lodge. Close to many upscale downtown shops, the Inn’s finest attribute was its brewpub, the hearth of the establishment.

Run by longtime brewmaster Brad Smisloff, Napa Valley Brewing Company is a small batch brewhouse that producing beer solely for the restaurant and pub on site and make four principle beers: Calistoga Wheat Ale, Pilsner, Red Ale and Porter. They do, however, offer 22-ounce bottles of their malted goodness to go. Smisloff’s brewery has been operational since 1987, and was the first to exist in Napa since Prohibition. It is a 7-barrel gas fired system that was originally designed by Dr. Michael Lewis of UC Davis. “Our current total annual production is about 450 barrels” says Smisloff. “After long hours of wine tasting, there’s nothing like a cold beer on the patio of the Calistoga Inn.” Well, that’s hard to argue with. Follow Smisloff’s brewing adventures on Napa Valley Brewing Co.’s beer blog. 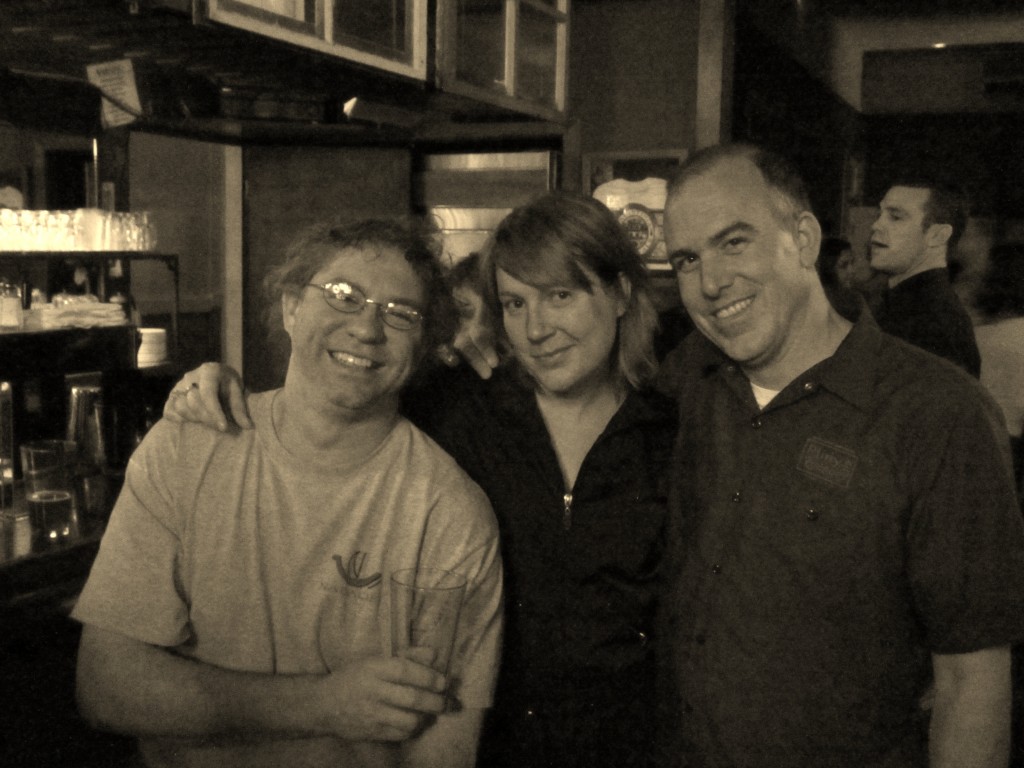 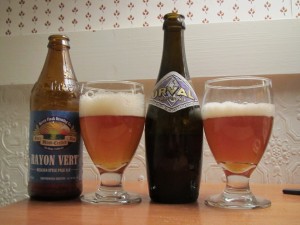 In addition to the Napa Valley Brewing beers that we enjoyed at the Calistoga Inn, we also treated ourselves to a number of delicious bottled brews that we brought with us. In this full fledged tasting experience, we had the opportunity to do a comparative sampling of three somewhat similar brews: Green Flash Rayon Vert Belgian-style Pale Ale, a 2009 New Glarus Belgian Golden Ale, and two different Orval vintages. While all of these beers possessed similar characteristics, each was decidedly unique from the next. Along with these fun beers, we also delved in to a number of other favorites such as Evil Twin’s “Without You I’m Nothing”, a dark tart ale with flavorful dark fruity notes. 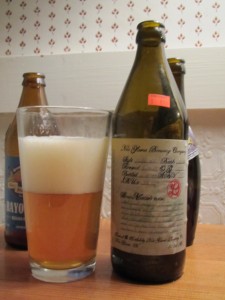 Part of the night was spent in the Inn’s brewpub. Part was spent exploring the downtown strip and the tasting craft beers and food, as well as hopping music of The Allways Elvis Band at Hydro Grill. The remainder of the time, we found ourselves relaxing, streaming Netflix movies such as “Hobo with a Shotgun”, while sipping bottled brews and munching on Corn Nuts. 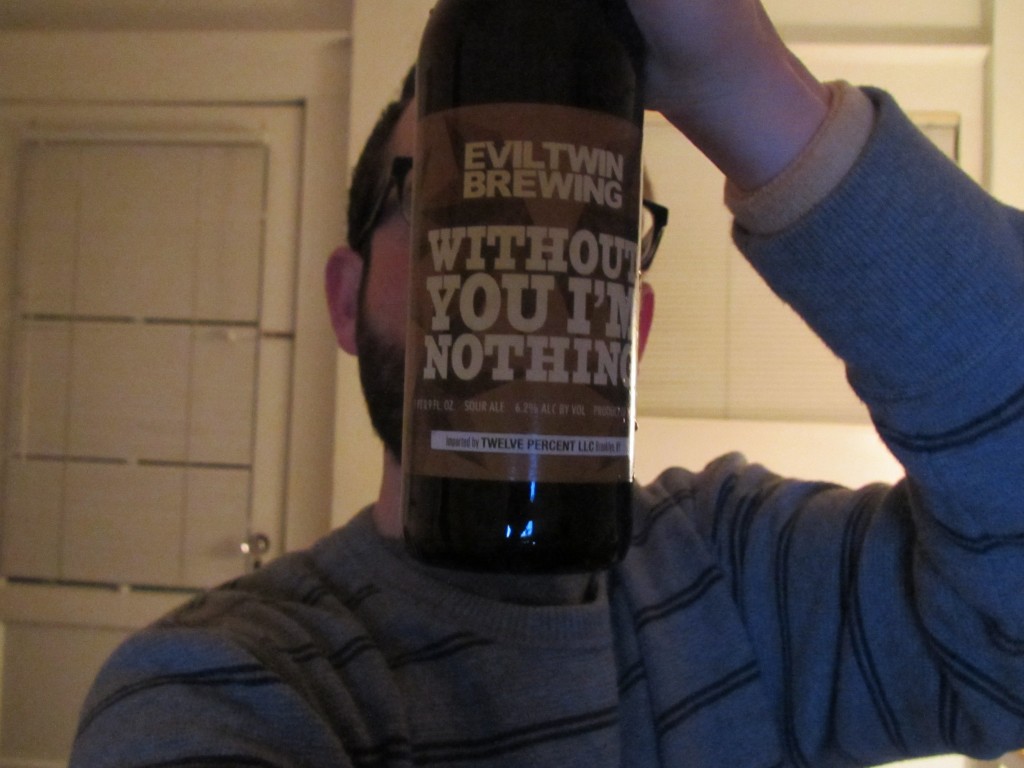 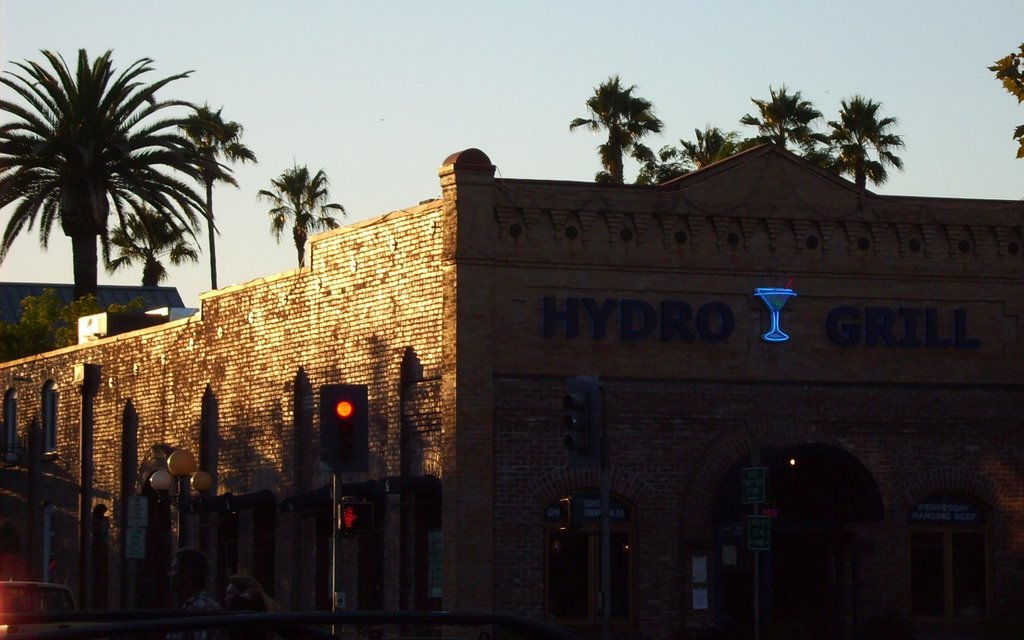 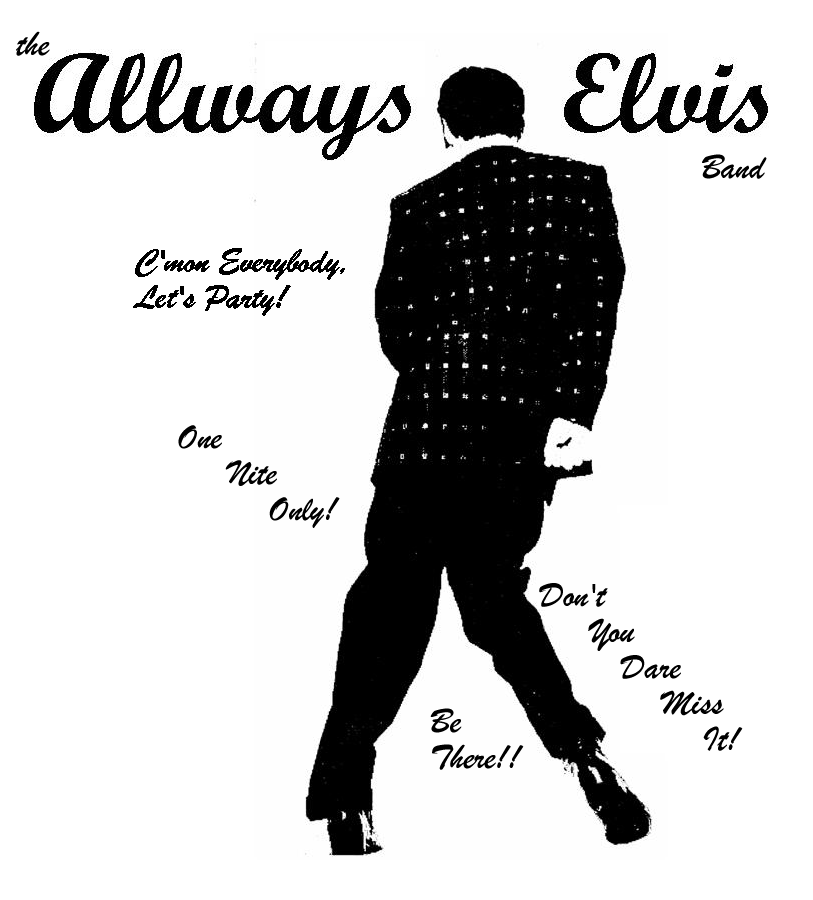 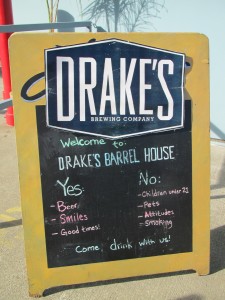 On Sunday, my last full day in region, we headed back south to the Bay. T-shirt weather around 65 degrees Fahrenheit allowed for us to sit outside at Drake Brewing’s Barrel House in San Leandro, just south of Oakland, CA. In an industrial setting behind a mall, Drake’s latest undertaking houses several wooden casks for aging and blending brews. About twenty taps offer the brewery’s house favorites such as their Blonde, IPA, Hefe, Amber, and Brown Ale, and on this particular day, three specialty barrel-aged treats were also pouring. These included: Quaid’s Dream, an imperial stout with blackberries that had been aging in Port barrels since 2008; Brandy Witch’s Barleywine, a ’10 strong ale aged in brandy casks; and Total Recall, an amber/imperial stout aging in Port barrels since 2010. One other notable draught brew was Drake’s Invasion IPA, a collaboration ale brewed with gypsy brewer Mikkeller of Denmark. 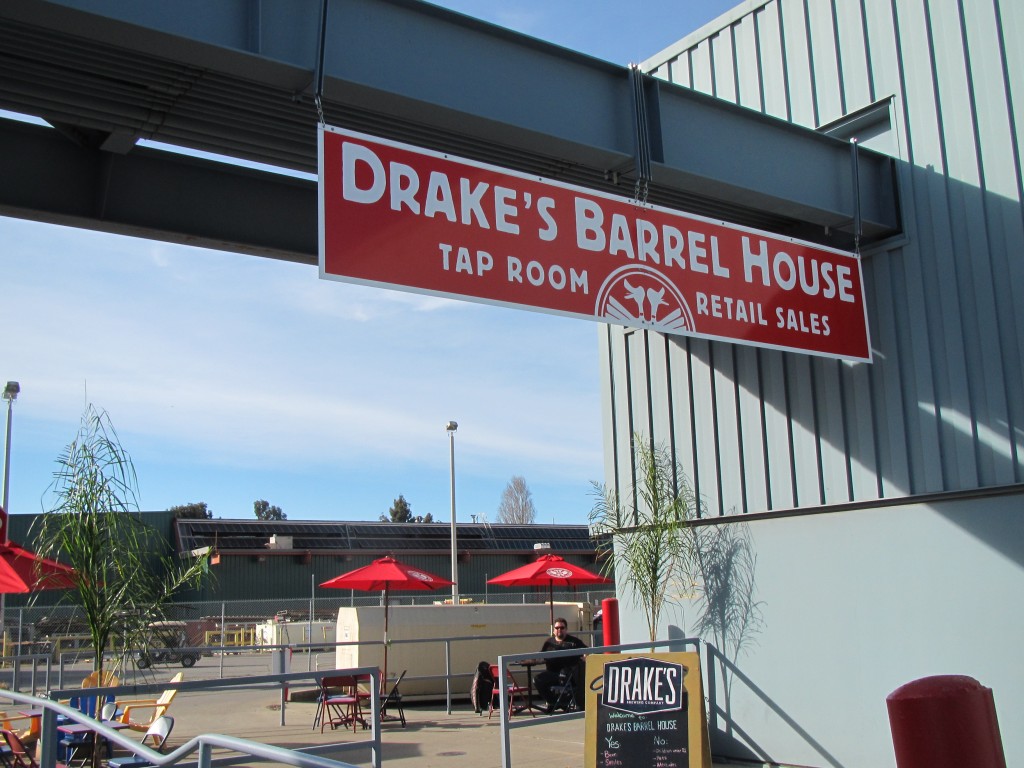 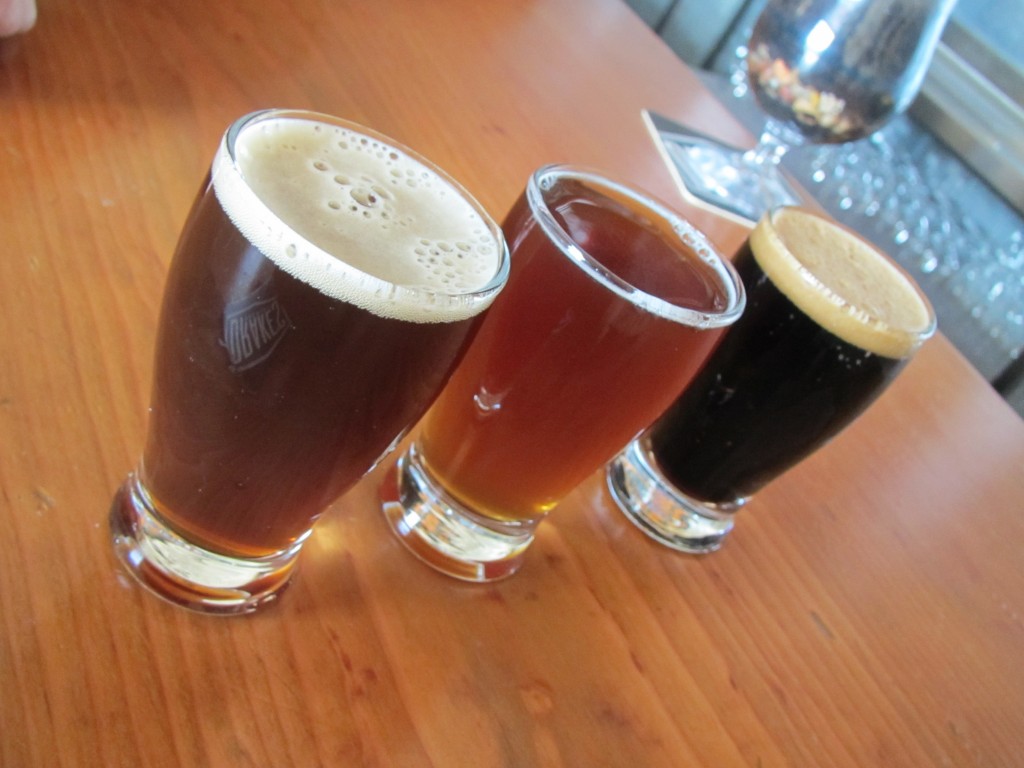 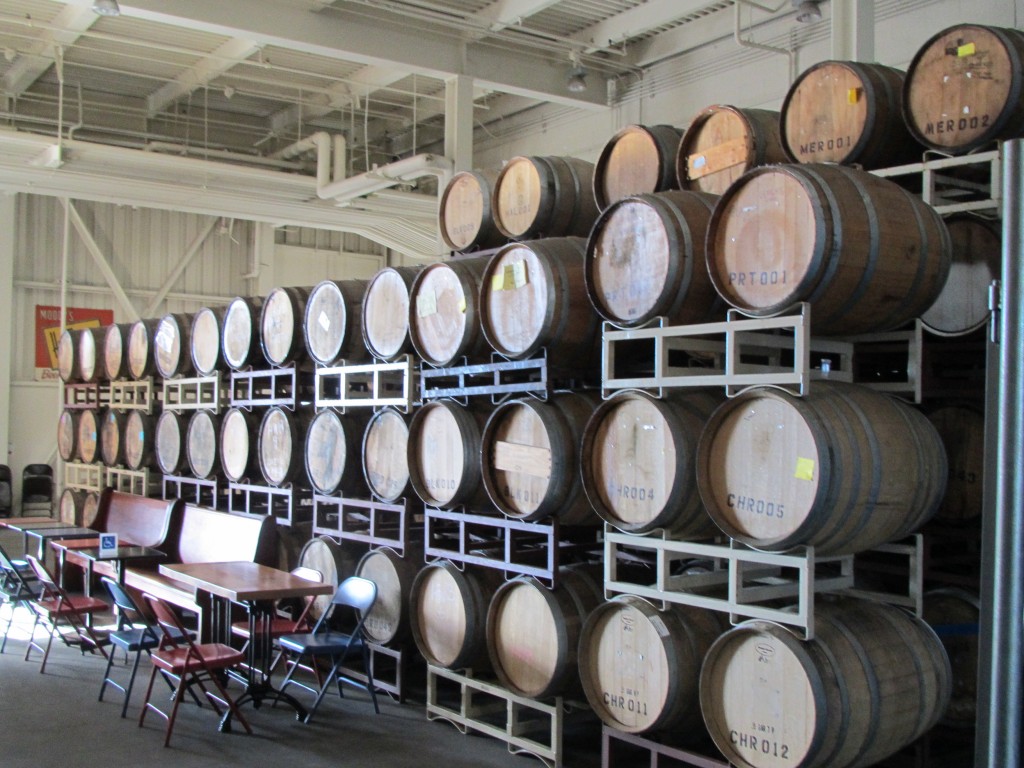 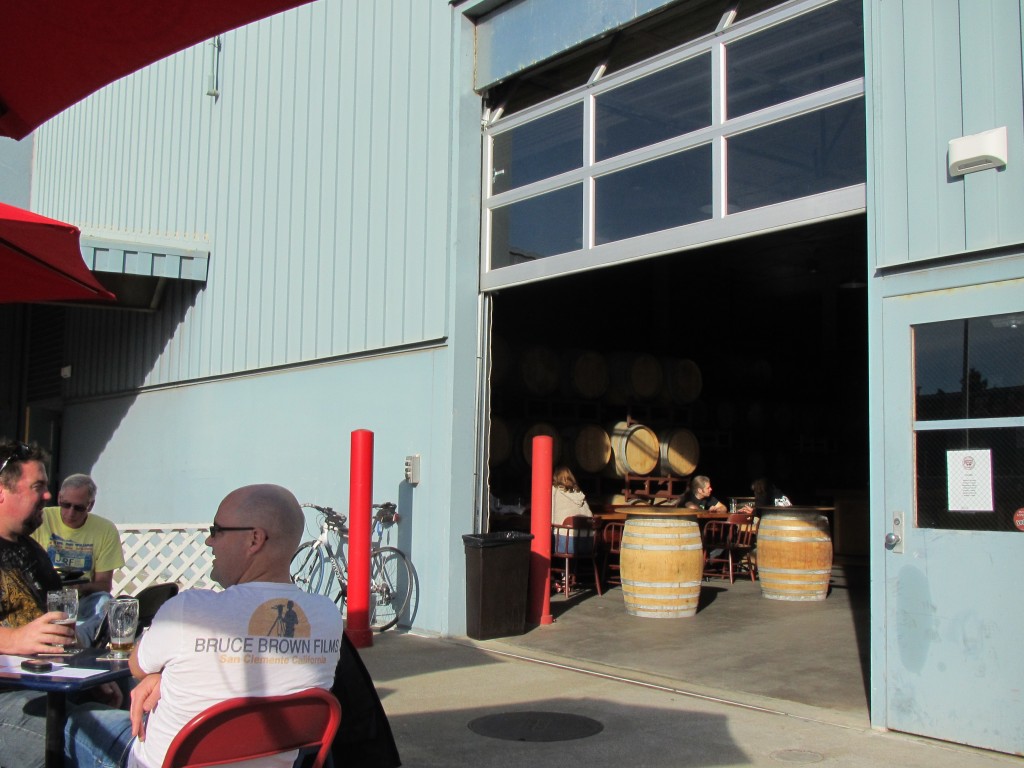 With daylight hours in short supply during the midst of winter, one more trip to Beer Revolution in Oakland was needed. Probably our favorite Bay Area craft beer haunt, the warm glow of the setting California sun touched down on our faces one last time as we quaffed on a repeatable Port Brewing Midnight Sessions Dark Lager. Perfect beer for this day. 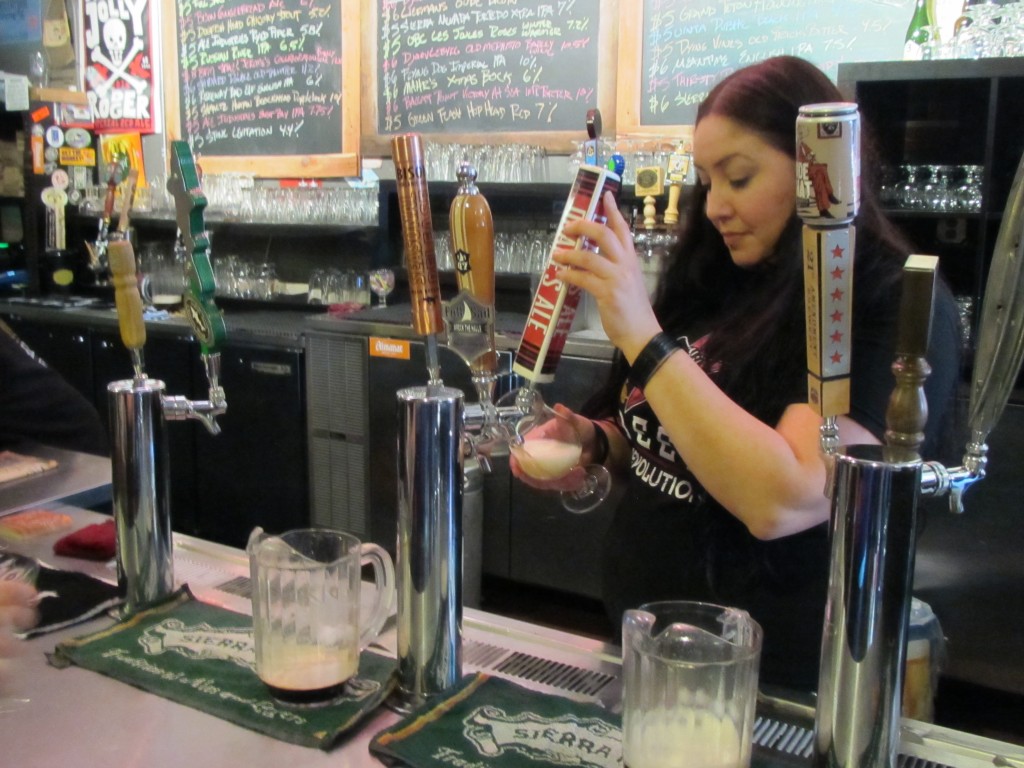 We also sampled some stellar bottled brews from BeerRev’s properly stowed refrigerated assortment. One particularly noteworthy brew was De Struise’s Svea IPA, a hazy, turbid orange-tinged 7% ABV India Pale-style brewed with barley, oats, wheat, rye, and sugar. The sunshine lit up the beer and beckoned repeated sips. It was a perfect way to help wrap up a perfect weekend. 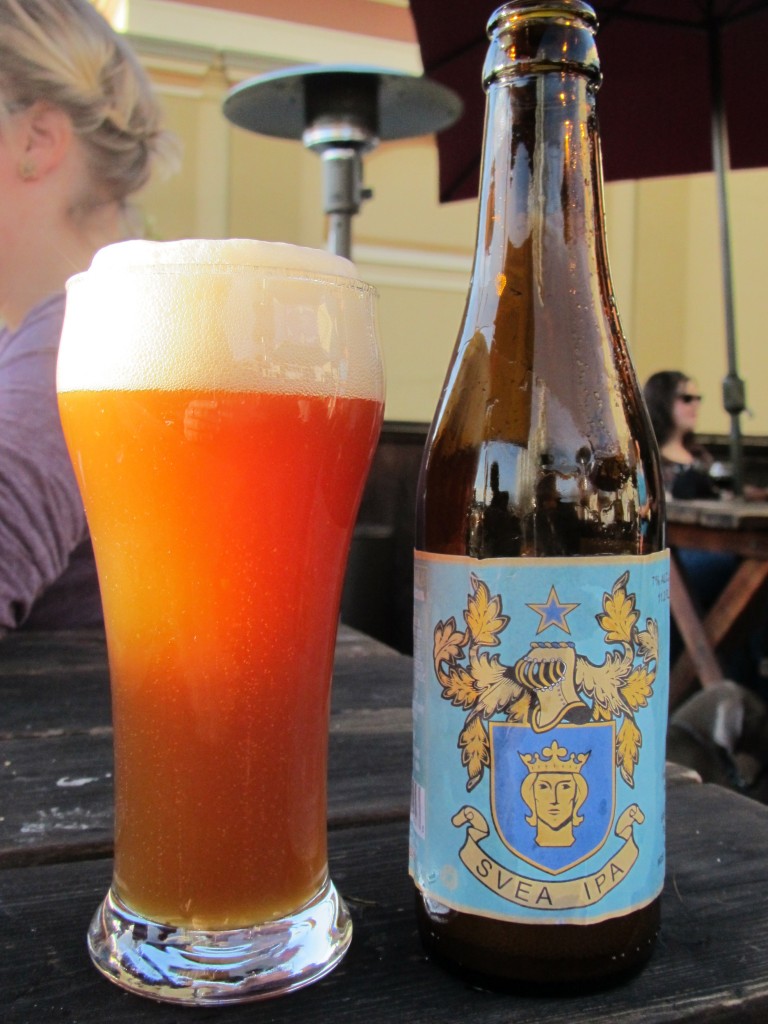 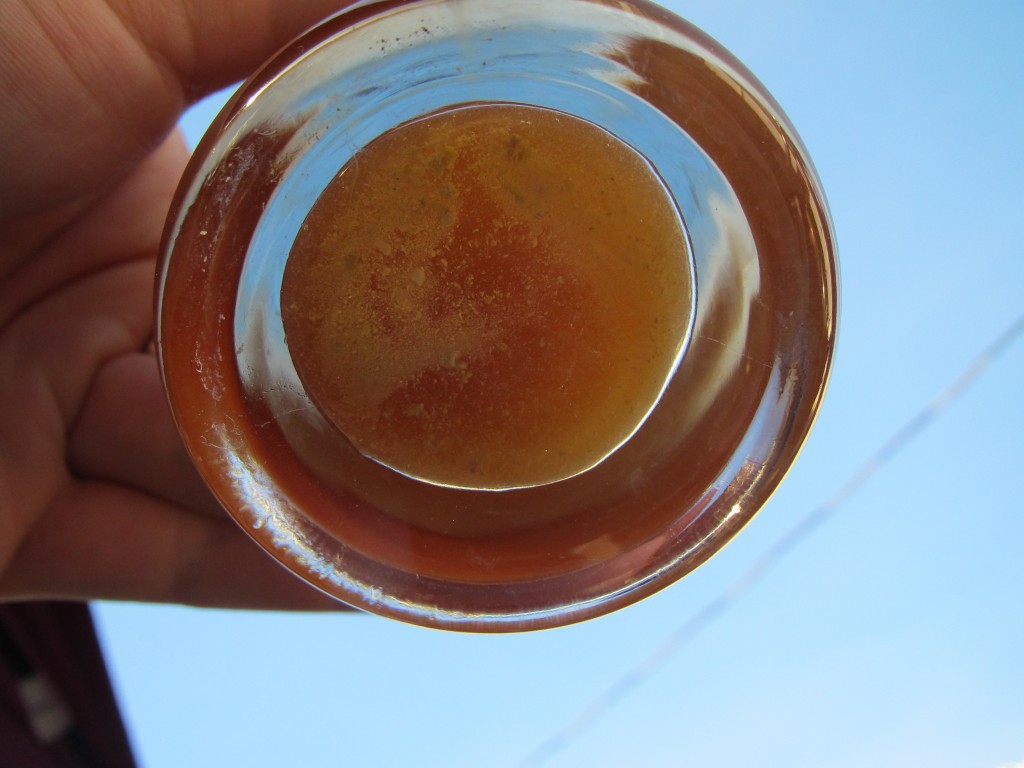 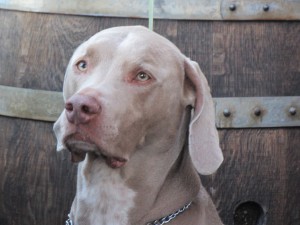