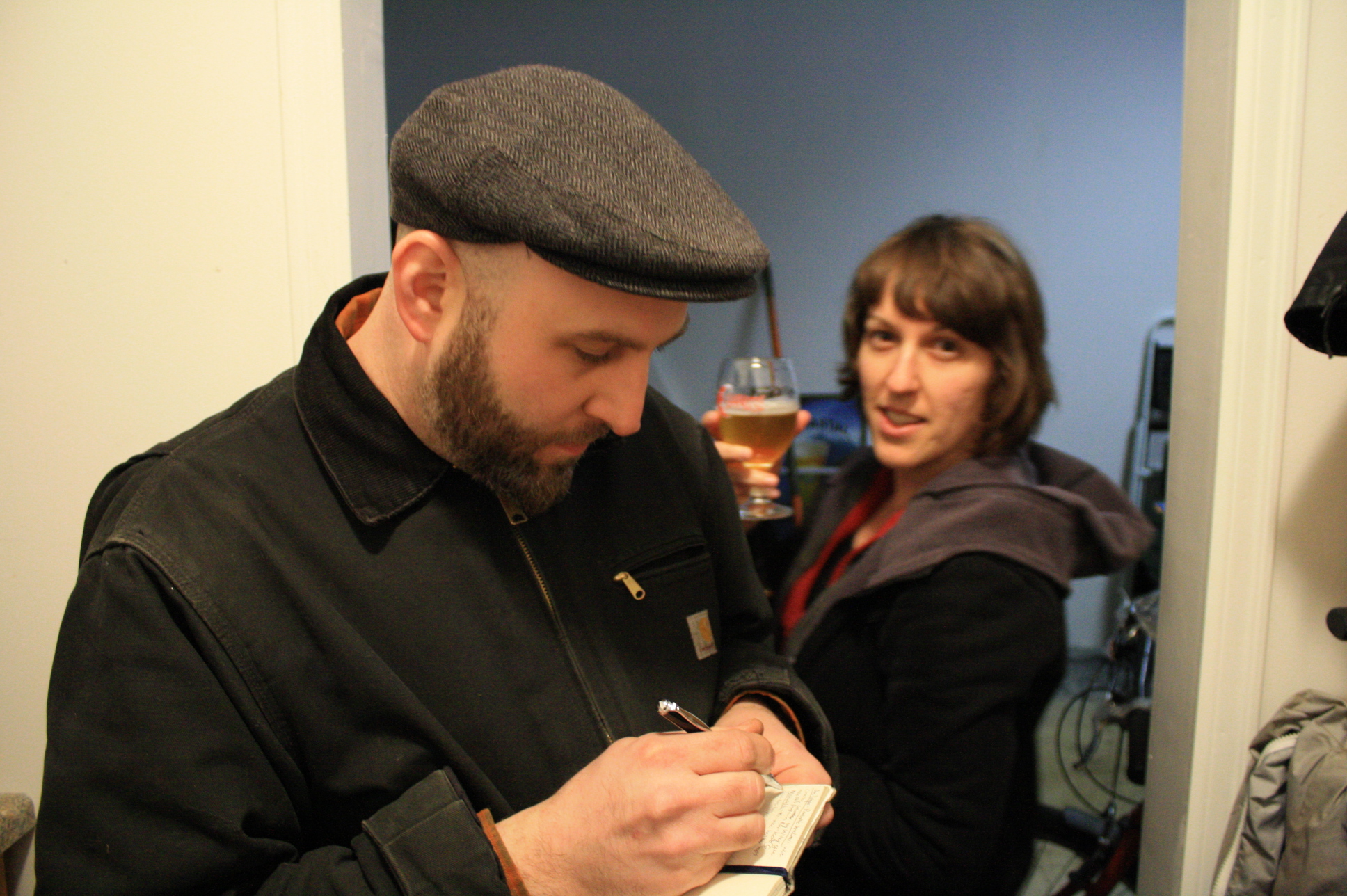 Beer is wonderful.  Of course, you likely already know this.  Over the past weekend, I was lucky enough to share some great beers with some of my favorite folks.  Here’s a look at some of the highlights to a great weekend.

Starting off a fantastic Friday, I stopped by Belmont Station to pick up a 12 pack of superbly sessionable Sam Adams Boston Lager, and a sixer of the 2009 Sierra Nevada Bigfoot Barleywine.  Later in the afternoon, my friend and fellow beer SNOB Bryan (see man above with snappy hat and dapper facial hair) came by to share some warm outdoor weather and help raid a portion of my beer cellar.  A 2007 Delerium Noel was a beautiful crimson pour that that held some rich candied flavors and matured to a perfect palatability.  Next, a magnificent bottle of Mikkeller’s Not Your Average Wit Ale, a bright golden flavorful wheaten brew with a glimmering hops character.  I’ve always pegged Mikkeller to be one of the best in the world, and this fruity brew was no exception.

The sun soon set and the night ensued.  A stop over to Victory Bar for Allagash Curieux and Double Mountain IPA was in order before I found my way over to North Portland for quaffs of brews from Saraveza and Widmer’s Gasthaus.

Saraveza is always lots of fun, but its rare that I make it over there since I live in Southeast Portland.  However, if its your day off, and Russian RIver Consecration’s on tap, you better get on over there, son.

Widmer was a must visit.  A Black IPA brewed with the X-114 experimental hop was kicking, and we arrived at the Gasthaus to discover the delicious Summit-soaked Drifter Pale Ale pouring as well. 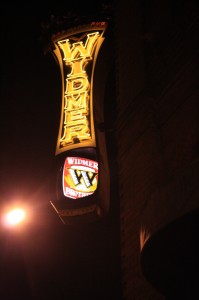 Late weekend pints at the Gasthaus never disappoint.  The selection of tap brews offered by the Bros W always has something interested there.  I was also informed that the establishment was now filling growlers to go.

Before I knew it, Saturday had arrived and I was excited to meet up with my brother Mario to check out my friend Alex Ganum’s new brewery, Upright Brewing. Coming along rapidly thanks to a lot of elbow grease and deep planning, the brewery is really taking shape.  In fact, Alex is getting close to production brewing with some custom design by JV Northwest.  The amazing space off NE Broadway, a stone’s throw from the Rose Quarter and the Broadway Bridge is sure to be a destination in the near future for the burgeoning Rip City. 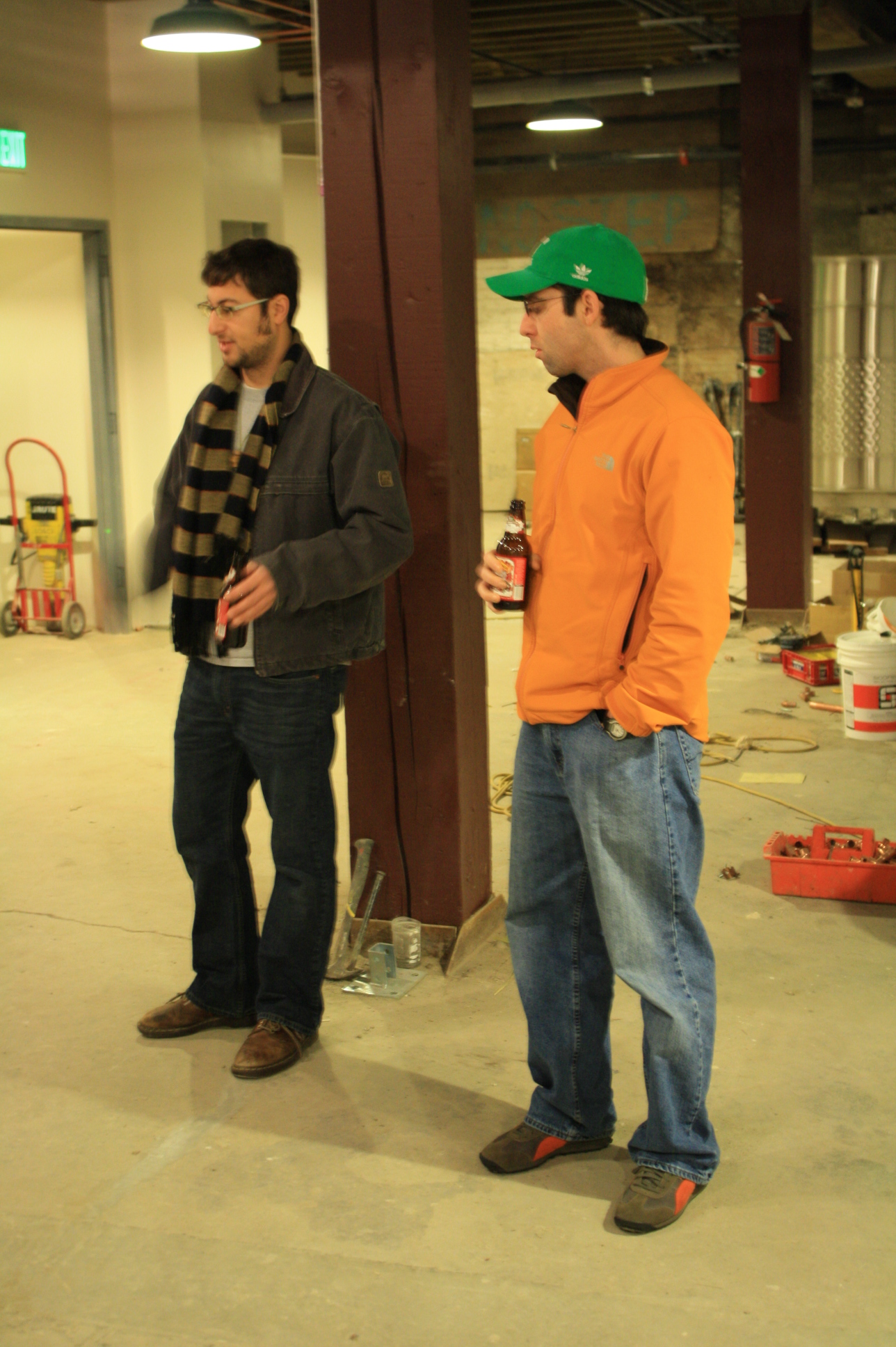 We’ll get back to Upright soon.  The place is phenomenal, and Alex is sure to be cranking out some one-of-a-kind malt sodas.  Alex gave us a great tour of the building.  We even snagged a bottle of Sierra Nevada Celebration.

Later on in the day, we regrouped with Alex and were stoked to find a bomb selection of brews on tap at the County Cork.  The famed Cap’n Neil showed up and the four of us threw darts with four Russian River brews on tap to choose from (Plinys the Elder and Younger, Conscration, and Damnation!). We then went back to Alex’s house to perform some QA on his grubbin’ stash.  More darts before we headed back across town. Bullseye!