Being that the Walla Walla Valley is more a destination for wine lovers than beer geeks, the search for unique handcrafted brew is one that will take the average Portander further than he’s used to for the next quaff. 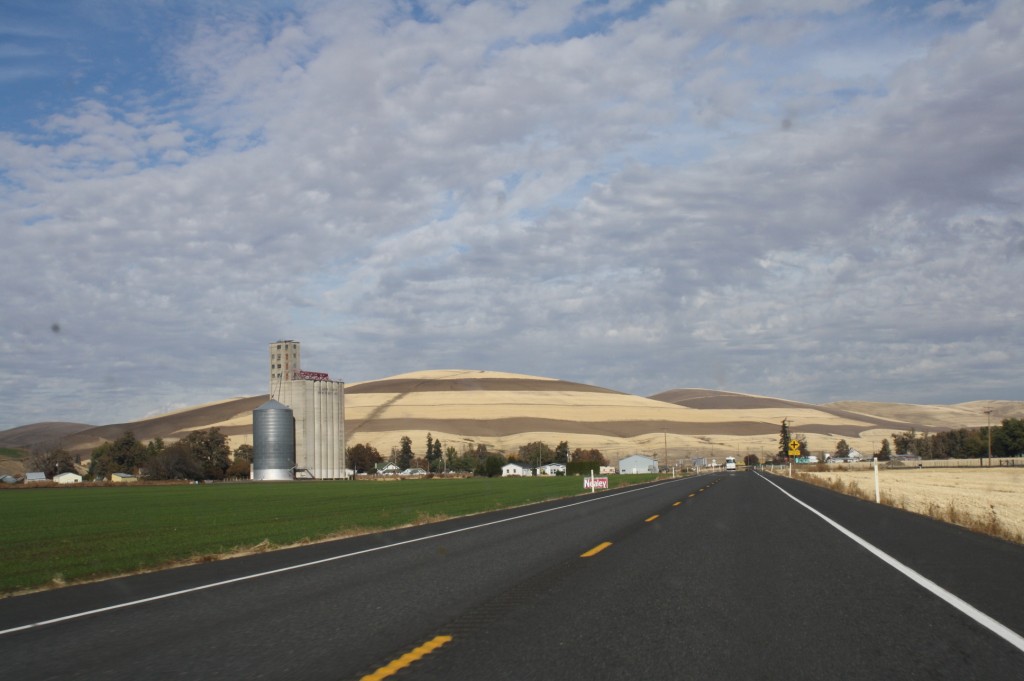 After finishing up our early day visit with the nice lads at Walla Walla Brewers on the outskirts of town, we hit US-12 eastbound for our next landing-place. Passing through Waitsburg twenty miles from Walla Walla and onward another ten miles, we found ourselves in the historic town of Dayton, Washington. Founded in the 1860s and officially incorporated by its namesake Jesse Day in 1881, Dayton boasts the oldest

train depot in Washington State (1881) as well as the oldest continuously used courthouse (1887).  Tucked between the foothills of the Blue Mountains and the bluffs of the Snake River, the quiet little town was once a somewhat bustling junction along the Lewis & Clark Trail. In fact, its population today (about 2700) is only slightly greater than it was at the turn of the 20th Century. Over 100 buildings in the town are on the National Historic Register including the Weinhard Hotel, founded by Henry Weinhard’s nephew Jacob in 1880.The beautiful site was constructed to house the Weinhard Saloon and Lodge. 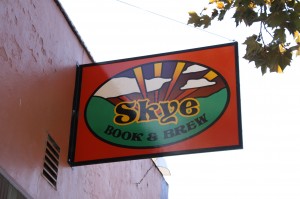 Today the only commercial craft brewing going on in Dayton happens in the basement of Skye Book & Brew. In early

2003, a farmer/school bus driver, a teacher, a retired minister, and a school secretary came up with the idea of combining a bookstore and brewpub. They purchased a building, located on Dayton’s historic main street; which had assumed many identities over the past 100 years—machine shop, saddlery, shoe repair, ice manufacturing, and bakery, to name a few. The building was gutted and the interior wall taken down to the original brick. In March of 2004 current brewer Mike McQuary took over operations at the brewpub/bookstore. “Most of the books here are just windowdressing” says McQuary, a Dayton native. “Due to the Internet and companies like Amazon, our sales have been down.” The cafe family-oriented atmosphere of the place is as inviting to the coffee crowd as it is to the beer enthusiast. “We have revived a tradition of local brewing” say McQuary who, in addition to brewing the beer at Skye Book & Brew, also helped reconstruct much of its interior. McQuary, who also plays bagpipe in a local Scottish band, constructed a spiral stairwell in the center of the space. Out back, a fat bundle of hop bines bedeck the back patio trelis. 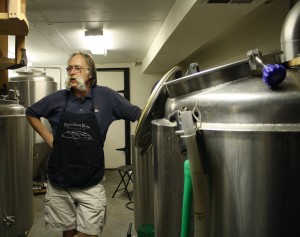 specialties including the Tucannon Honey Wheat, Johnson Hollow IPA, McTaggart Scottish Ale, and a stout. Upon our visit a session-worthy Class of ’69 Summer Ale was also pouring. The Honey Wheat is the brewpub’s best seller. At 5.8% ABV, the clear-bodied tawny beer possesses a light sugary graham cracker nose with a subdued hop character and a clean and refreshing flavor. All of the beers are quite clean and balanced. The Scottish Ale at 6.8% ABV is a dark black brew with a tint of amber. Its lasting gray head beholds a presence of peaty malt and a floral wheat-yeast play atop a softly carbonated creamy mouthfeel. 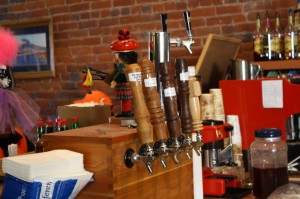 McQuary learned to brew from Don Moore, a consultant from Vancouver, WA who helped with the brewhouse’s basic set-up. McQuary is truly a jack of all trades: a handyman, a brewer, and a friendly, soft-spoken gentleman happy to keep busy in his hometown doing what he does. 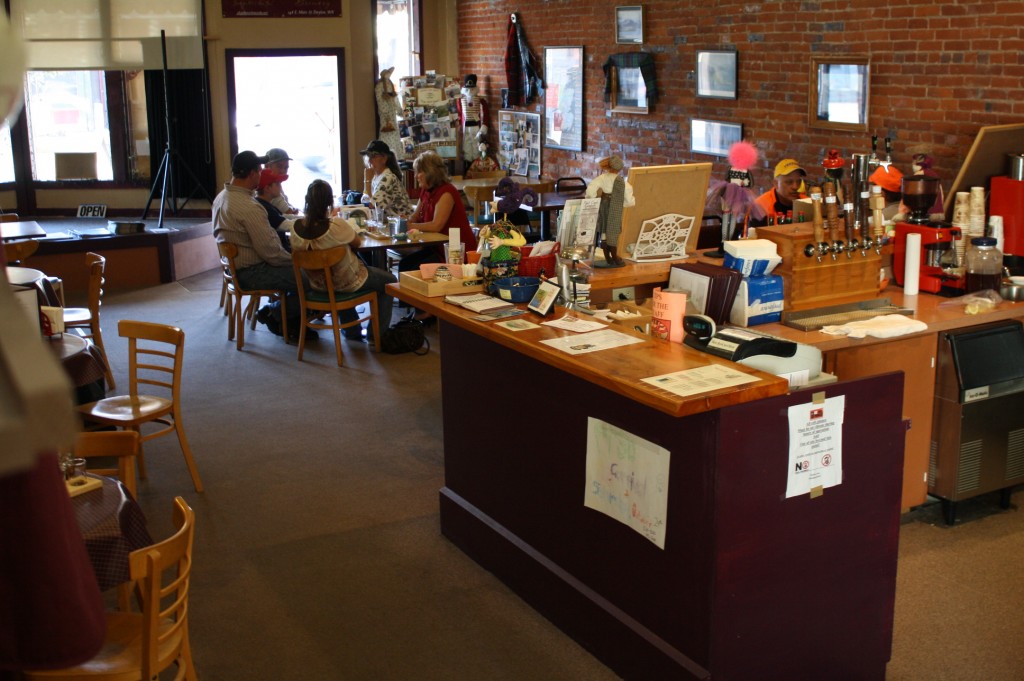