Whole Foods Market has teamed up with social media maven and craft beer evangelist, The Beer Wench, on a series of virtual beer tastings to be hosted LIVE on Twitter.?? The themed series will take place every two months. 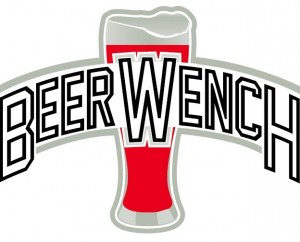 The first tasting in the series is scheduled for Tuesday, December 20 from 7 to 8 p.m. EST. In honor of the holiday, holiday and winter ales as the theme. All it takes to participate is a Twitter account and a seasonal winter beer in hand. To join the conversation and share your experience, attach the hashtag #WFMBeer to all of your tweets during the event.

“Whole Foods Market is one of the best brands on Twitter, and they do an amazing job connecting with and engaging their audience. Every week, they host really fun discussions about food and wine with their followers,” said Ashley Routson, beer expert and founder of DrinkWithTheWench.com. “For selfish reasons, I felt that craft beer deserved to be thrown into the mix.” 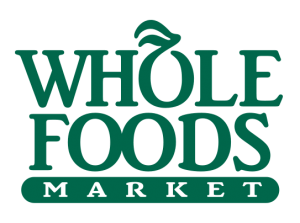 Whole Foods Market and The Beer Wench are joining forces with four craft breweries across the country, all with delicious holiday or winter beers available at various Whole Foods Market stores. Every fifteen minutes, the focus will shift to a different featured brewery as brewmasters actively answer questions and share stories about the beers and the breweries.

“Whole Foods Market’s store beer buyers are some of the most passionate people in our company, and our shoppers tend to seek us out for our adventurous selection of local and craft brews,” said Michael Bepko, Global Online Community Manager at Whole Foods Market. “Taking our experts and knowledge online with The Beer Wench to connect to some new beer connoisseurs is a natural extension of the community we work hard to create in our stores.”

Participants are encouraged to tweet along while enjoying one of the craft beers listed above. If unavailable, they can simply choose another favorite holiday or winter craft beer. Suggestions from The Beer Wench, most of which can be found at a local Whole Foods Market, include:

For more information on the virtual tasting and the beers, check out the official EventBrite page: http://wfmwinterbeer.eventbrite.com/

Known amongst the craft beer community as The Beer Wench, Ashley Routson is a self-proclaimed craft beer evangelist and social media maven on a mission to advance the craft beer industry through education, inspiration and advocacy. Ashley currently is the “Director of Awesomeness” at Bison Brewing in Berkeley, CA — where her responsibilities include everything from brewing to marketing, sales, PR, and being an all around ninja. Ashley is also the founder of DrinkWithTheWench.com and BeerMixology.com.

Founded in 1980 in Austin, Texas, Whole Foods Market (wholefoodsmarket.com, NASDAQ: WFM), is the leading natural and organic food retailer. As America’s first national certified organic grocer, Whole Foods Market was named “America’s Healthiest Grocery Store” by Health magazine. The company’s motto, “Whole Foods, Whole People, Whole Planet”™ captures its mission to ensure customer satisfaction and health, Team Member excellence and happiness, enhanced shareholder value, community support and environmental improvement. Thanks to the company’s more than 64,000 Team Members, Whole Foods Market has been ranked as one of the “100 Best Companies to Work For” in America by FORTUNE magazine for 14 consecutive years. In fiscal year 2011, the company had sales of more than $10 billion and currently has more than 315 stores in the United States, Canada and the United Kingdom.