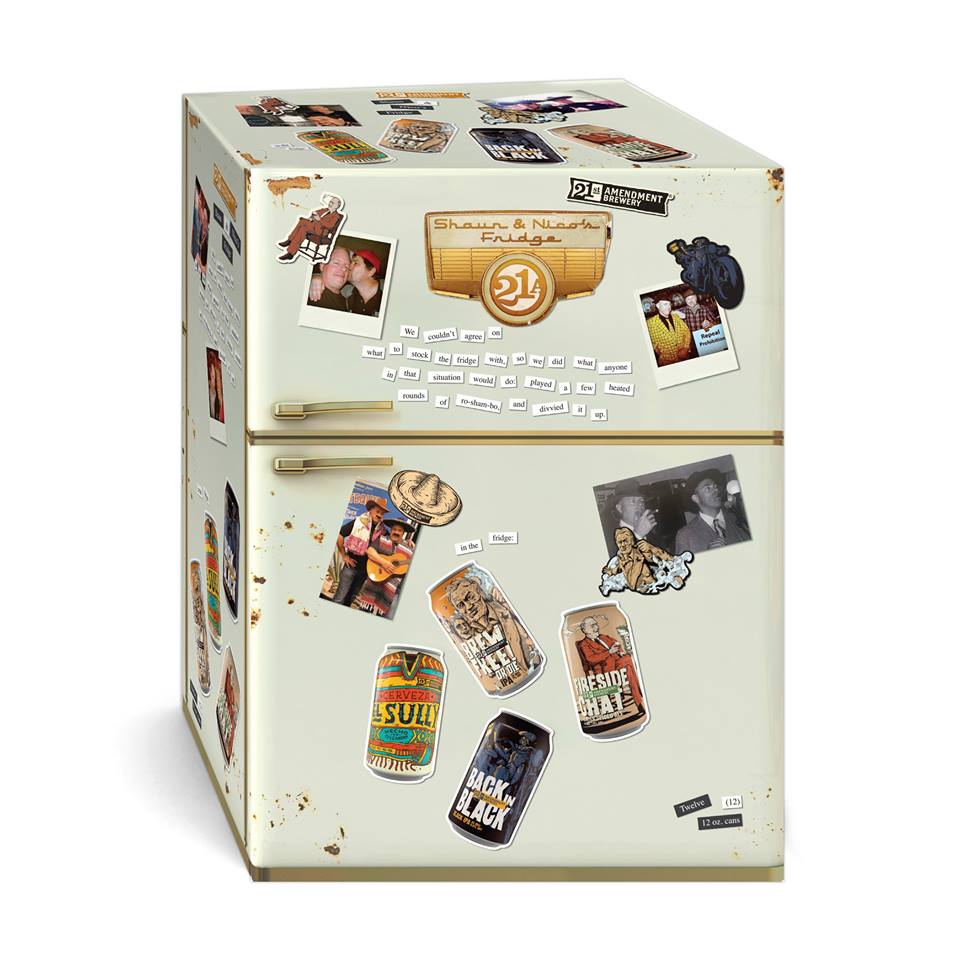 SAN LEANDRO, CA (October 5, 2015) – 21st Amendment Brewery co-founders Nico Freccia and Shaun O’Sullivan couldn’t agree on what to stock the fridge with at their new San Leandro brewery, so they divvied it up and created the brewery’s first ever seasonal variety pack. Freccia chose Fireside Chat, the brewery’s fall seasonal winter spiced ale and Back in Black, dark IPA, “my every occasion beer.” O’Sullivan chose his flagship Brew Free! Or Die IPA and went a step further, brewing a brand new beer, a Mexican-style lager called El Sully, available only in the variety pack.

Named for Brewmaster O’Sullivan’s alter ego, El Sully is brewed with Pilsner and Vienna malts, flaked maize and Mexican lager yeast to create a bright, refreshing flavor that rings in at a drinkable 4.8% ABV and 19 IBUs.

“El Sully is a smooth, easy drinking beer,” explains O’Sullivan. “Having grown up in Southern California near the Santa Monica and Manhattan Beach communities where I would spend many afternoons surfing and skateboarding, I would always enjoy Mexican-style golden, lighter and refreshing beers at the end of the day. Washing it down after a plate of carne asada tacos, it seemed fitting to recreate that experience and brew and package El Sully for all to enjoy.” 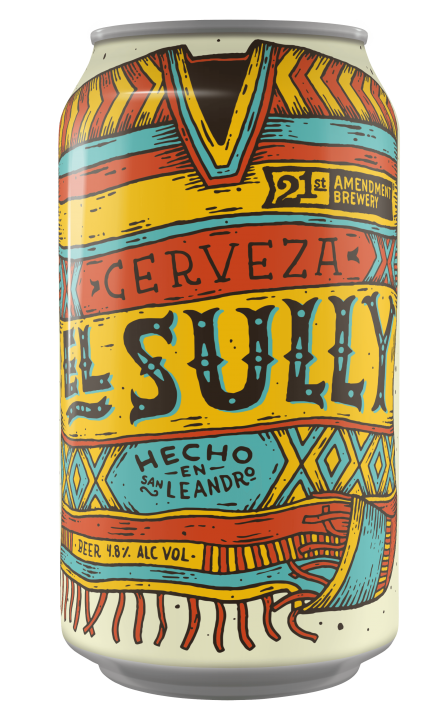 “The release of El Sully and the new variety pack format are perfect examples of what the San Leandro Brewery is allowing us to do,” states Freccia, “It’s important to us that we’re providing beers that everyone can enjoy, and now you can pick up a variety pack and crack open a Fireside Chat one night by the fire or enjoy El Sully if you feel like something lighter.”