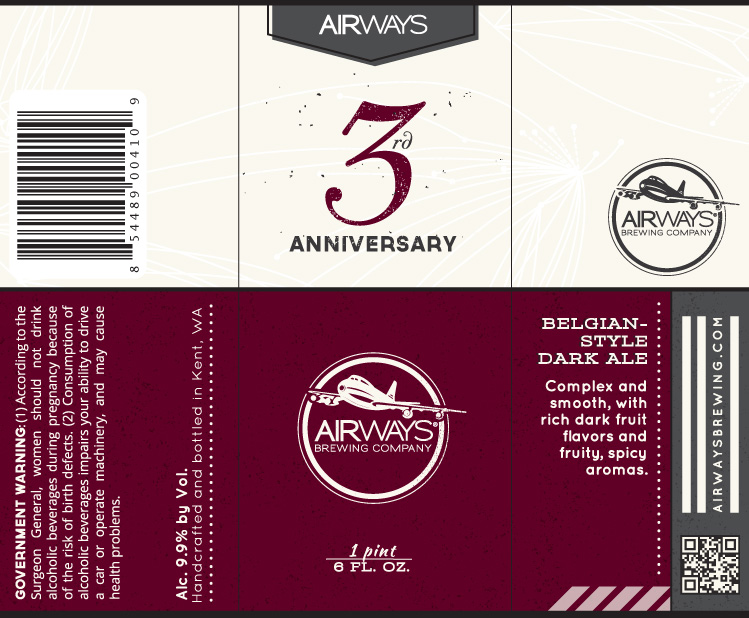 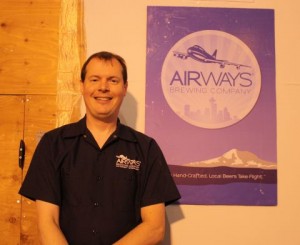 KENT, Wash. (February 20, 2013) – On Saturday, March 9, Airways Brewing will celebrate three exciting years of growth and expansion with a celebration – and several new releases – not to be missed.

Adding on another first for the Kent-based brewery, Airways’ third anniversary will mark the release of the brewery’s first cans to market. Offering a distinct new look and feel, the 16-ounce cans will house two new brews – Oatmeal PSA™ (Pale Session Ale) and Pre-Flight Pilsner™ – adding to the brewery’s growing year round line up. From 2-7pm, craft beer enthusiasts can pick these cans up for the first time – the week before they are released to market – as well as enjoy giveaways, cask releases, food from Lumpia World, the release of Airways Third Anniversary Belgian Dark Strong (available in 22-ounce bottles) and more!

“It’s been a crazy ride, and we could not have done it without support from the local craft beer community,” said Alex Dittmar, cofounder and head brewer at Airways Brewing Company. “When we started in 2010, we never imagined we’d now have two successful locations and a host of packaged products that continue to fly off the shelves. We can’t thank everyone enough for their continued support of Airways Brewing.” 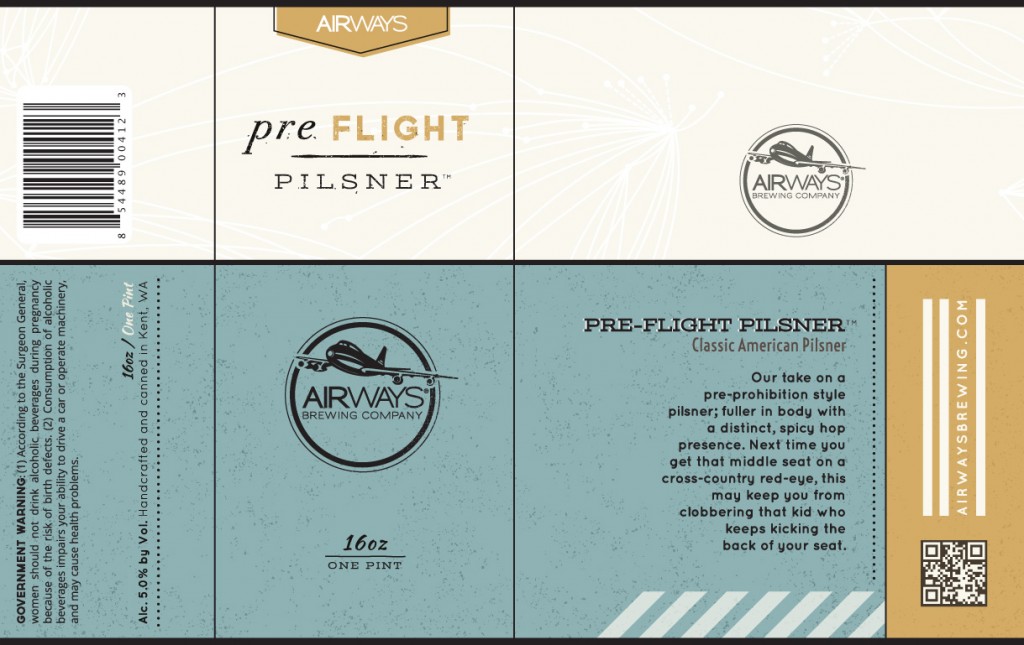 Available in four-packs of 16-ounce cans and on draught, the Oatmeal PSA (Pale Session Ale) and Pre-flight Pilsner will become the newest additions to Airways Brewing’s year round lineup. The Oatmeal PSA is a unique, full flavored beer, featuring 5.0 percent ABV and 35 IBUs. Brewed with flaked oats for a creamy sweetness, this sessionable beer is balanced, offering a slight bite thanks to citrusy Northwest-grown Cascade, Centennial and Magnum hops. The Pre-Flight Pilsner is a pre-prohibition style pilsner, fuller in body with a distinct, spicy hop presence, attributed to the Hallertauer and Saaz hops used to brew it. Offering 5.0 percent ABV and 30 IBUs, it’s perfect for the next time you’re assigned that middle seat on a cross-country red-eye.

“Cans felt like the perfect fit for these new brews,” added Airways cofounder Dione Dittmar. “Both sessionable, yet very flavorful, they’re perfect for enjoying throughout the day and the cans make them even more accessible.”

Also brewed just for the occasion is Airways Brewing’s Third Anniversary Belgian Dark Strong. Featuring 9.9 percent ABV and 26 IBUs, this complex, yet smooth beer is filled with rich, dark fruit flavors, paired with notes of fruit and spice on the nose. Brewed with Hallertauer hops, this limited edition beer will be available for purchase only in 22-ounce bottles at the anniversary party and specialty beer shops shortly thereafter.

Additional information, photos, artwork and tasting notes are available upon request. Those interested are encouraged to contact Caitlin Braam at media@airwaysbrewing.com.