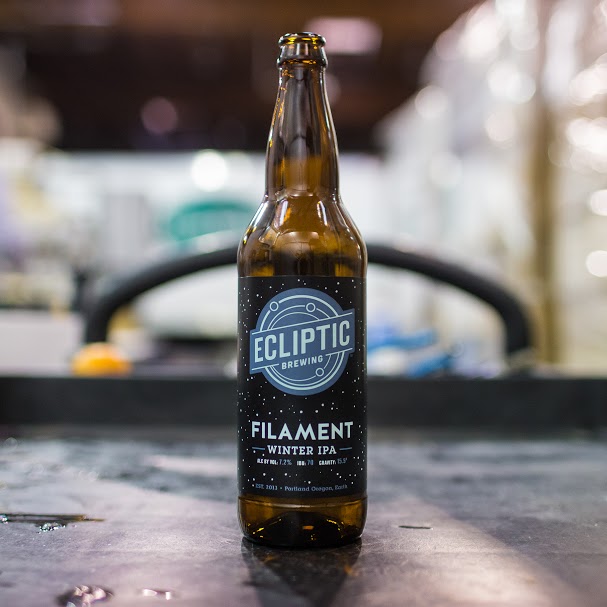 Portland, Ore. (Nov. 11, 2014) – Ecliptic Brewing, a craft brewery and restaurant in Portland’s Mississippi neighborhood, has released its Filament Winter IPA. Finding its inspiration in an deep-rooted craving for the sun, Ecliptic’s holiday seasonal beer is a bright light during these darker months.

“Many holiday beers are crafted with the image of chilliness in the air and snow falling from the sky,” said John Harris, owner and brewmaster at Eclipitc. “Our seasonal takes a different approach. The Filament IPA celebrates the longing we all have for the sun during the shorter days of winter.”