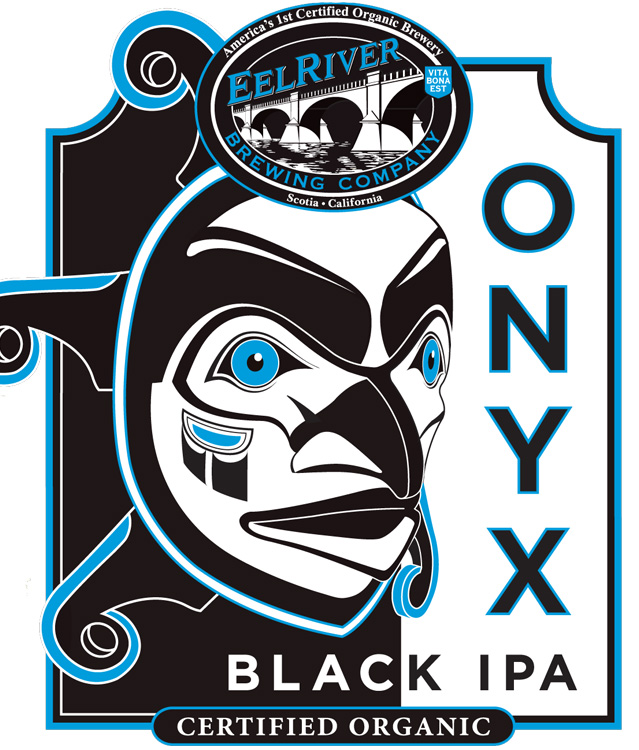 Like the rest of Eel River Brewing Company’s seasonal selections coming out in 2014, this Dry Hopped American Black IPA originated as a pub only offering and gained traction each time it was released to the locals. Eel River Brewing decided to try its luck with the Onyx as a seasonal offering, thus allowing those outside the local Humboldt County community to try what specialties they have to offer.  After its well-received release in January of 2013 in draft only, Eel River Brewing will be releasing it again in late January of 2014 in draft as well as NEW Screen Printed 22 Ounce Bottles. After being named Onyx for its dark and bold appearance, this 6.8% ABV and 52 IBU hop bomb will leave you feeling warm in the cold of winter.

About Eel River:
Founded in 1995, Eel River Brewing is located in the heart of the Redwoods in Humboldt County, California. As America’s First Certified Organic Brewery, Eel River Brewing does not compromise on taste or quality, but focuses on producing top-quality, award-winning beers. Learn more at www.eelriverbrewing.com.