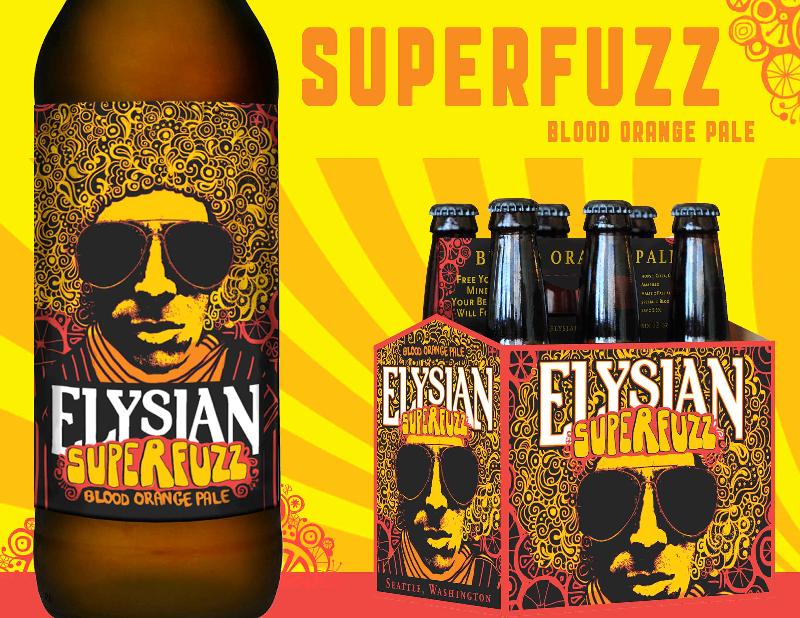 It’s a Psychedelic Freakout! Superfuzz to release April 1!
Grok this: what if the world were an orange–a blood orange–and there were Citra and Amarillo hop cones orbiting all around it, with just a dusting of blood orange peel, and it was all, like, an atom? Heavy, right? Well dig this: just to keep things a little blurred around the edges, the mad chemists at Elysian Brewing have come up with Superfuzz Blood Orange Pale Ale. It’ll be available at groovy taverns, restaurants and stores beginning April 1 in six-packs, 22-ounce bottles and on draft. 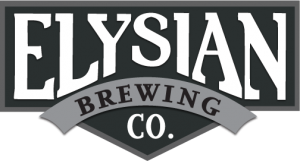 You’ve heard the story before: the Man’s been throwing his weight around again, muscling people all over town with super-uninteresting beer. Enter Superfuzz, a one-beer crusade against the oppressive ordinary. He can relate to other ales, with an easygoing blend of Northwest Pale, Munich and Dextri-pils malts, but where the hops and the blood orange come in, he’s a complicated guy. Worldly German Northern Brewer and Cascade bitter and flavor the beer, but it’s the combination of Citra, Amarillo and Blood Orange peel in the finish, topped off with pureed and concentrated blood orange in the fermenter that land the biggest blows. Call it Orangesploitation, Superfuzz is serving notice. Starting gravity is 14°P/1.056, and alcohol a mellow 5.3% by volume.
-Dick Cantwell