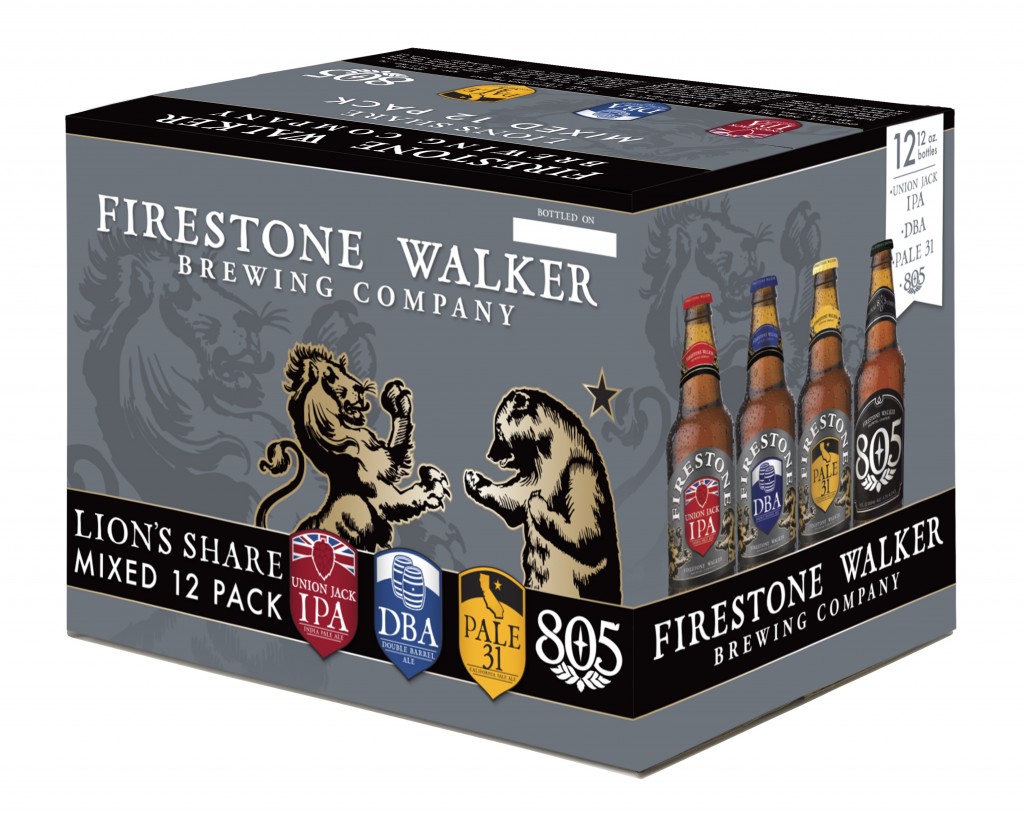 The Lion’s Share will be available at select retailers starting on January 15, and it precedes the new Bear’s Necessities mixed 24-pack coming in March.

“These packs are a great way to follow your mood, get out of a rut or keep your house guests happy,” said Jamie Smith, the brewery’s vice president of marketing.

The two packs are inspired by brewery proprietors Adam Firestone (the Bear) and David Walker (the Lion). The Lion usually beats the Bear to the punch, but the Bear likes to get the last laugh.

Here’s the scoop on The Lion’s Share and The Bear’s Necessities:

The Lion’s Share – Coming January 15
12-Pack of DBA, Pale 31, Union Jack & 805
The Lion likes to leave his options open.  This is his favorite beer.  All four of them. A diverse selection of our beers, meant to satisfy a wide range of tastes or for those who want it all.

The Bear’s Necessities – Coming March 2014
24-Pack of DBA, Pale 31, Union Jack & Pivo Hoppy Pils
We asked the Bear to pick his favorite beer. He gave us four. Never argue with the Bear. A fitting introduction to our best-loved beers—or a perfect purchase for the undecided fan.