Olympia, WA – October 5, 2015 – Fish Tale Ale’s Beyond the Pale Ale, produced by Fish Brewing Co in Olympia, WA was named the 2015 World’s Best Beer by the World Beer Awards. To receive this award, the beer was first judged in a regional style heat in America. Winners from all regions including Asia and Europe were then tasted against each other to select the World’s Best Style. From these world winners, the World’s Best Categories beers were selected, from which the World’s Best Beer is selected.

“This award is a credit to our ongoing commitment to making amazing beers.” says Sal Leone, CEO and President of Fish Brewing Co. “At a time when American brewers offer so much variety; it’s a true honor to be recognized as the World’s finest.” 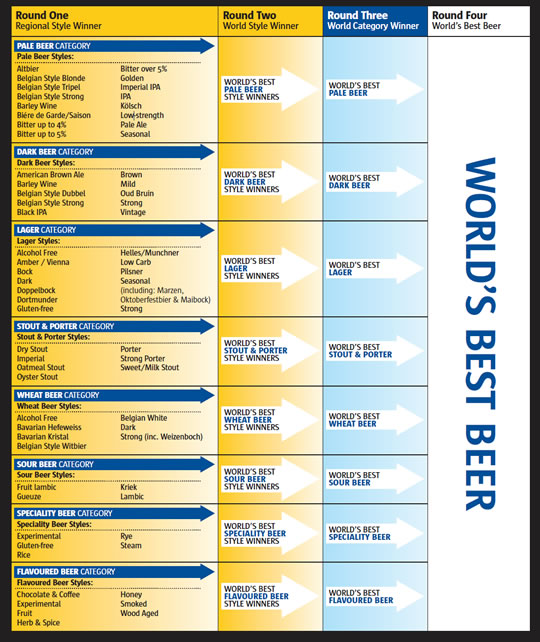 About Our Award Winning Beers
Fish Tale Beyond the Pale Ale is a medium-bodied pale ale presents a rich and complex malt character derived from a bold bland of four different types of grain wonderfully balanced by five complementary varieties of hops. Leavenworth Boulder Bend Dunkelweizen is an unfiltered dark Hefeweizen, with a gently sweet character infusing its medium-bodied smoothness. Packaged in convenient 6-pack cans the Boulder Bend is great for floating down the river. Fish Tale Reel Ales Swordfish Double Cascadian Dark Ale is a beautiful balance between citrusy Northwest hops and roasted, chocolate malt or caramel notes.

About Fish Brewing Company
Founded in 1993, Fish Brewing Company is owned by over 400 beer drinking consumers, who pooled their resources to build a landmark brewery in Olympia, WA, which is known for its quality water and artesian wells. Fish Brewing also uses when possible locally sourced Washington ingredients. Fish Brewing produces hand- crafted beers and ciders under our three core brands: Fish Tale Ales, Leavenworth Biers, and Spire Mountain Cider, which can be found in 20 states and internationally, both in bottles and on draft. Fish Brewing operates a full service pub in Olympia, WA, which was featured on the Food Networks show Diners, Drive-in & Dives, and a new taproom in Woodinville, WA. Fish Brewing believes that fresh beer and cider, fine food, and enduring friendships are what life in the Great Pacific Northwest is all about. For more information visit www.fishbrewing.com.