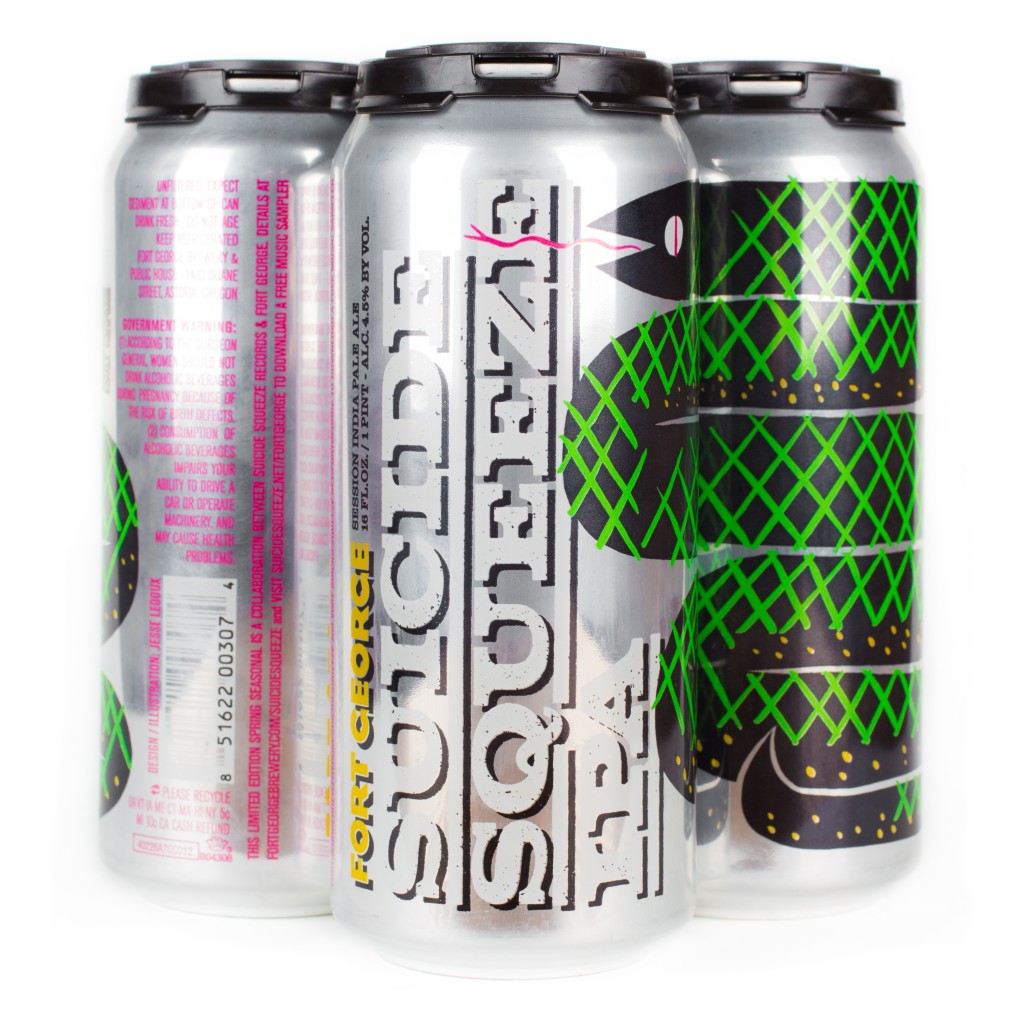 [Astoria, OR] For every beer there is a time, for every season a Fort George collaboration. And this spring, Fort George Brewery and Suicide Squeeze Records have banded together to bring you Suicide Squeeze IPA – a 16-oz venture blending the Northwest’s long love affair with music, art, and craft beer.

Out of the ‘90s Pacific Northwest music scene, Suicide Squeeze Records founder David Dickenson forged his own path with artists like Modest Mouse, Elliott Smith, and Pedro the Lion. Starting with a 7” vinyl from local indie duo 764-Hero, the label has grown to include a diverse range of regional rock bands and international artists. Still, their mission has remained true to those early Northwest musical pioneers – to make something for the pure joy of it.

The can design for Suicide Squeeze IPA fell into the talented hands of Seattle artist Jesse LeDoux.  Born in Portland, Oregon, Jesse worked for many years as an art director for Seattle-based Sub Pop Records. There he created iconic album and poster artwork for groups like Death Cab for Cutie, Iron and Wine, and The Shins (for which he earned a Best Recording Package Grammy Nomination for Chutes Too Narrow). In 2004 he started his own design business, LeDouxville, and continues to work on commercial illustration and collaborative projects.

“We don’t make beer for style-guidelines, we just make beer that tastes great,” has always been the motto of Jack Harris. As Fort George Brew Master and co-owner, he has seen the brewery blossom from a small start-up pub to the 10th fastest growing brewery in the country in 2012, as ranked by The New Yorker. Celebrating its 7th anniversary, Fort George continues to think outside the box with unique collaborations, can designs, and beers.  But of course, the goal is the same – to make something for the pure enjoyment of it.

Suicide Squeeze IPA is a 4.5% ABV session beer, with all of the hop aroma and flavor you’ve come to expect from a Fort George IPA. Organic two-row barley lays the base, with heaping amounts of Mosaics and a touch of Citra hops. Crisp, floral, and bursting with flavor, Suicide Squeeze IPA is an ode to springtime in the Northwest.

Join Fort George and Suicide Squeeze Records for the can release party at The Beer Junction in West Seattle, Saturday March 15th at 6pm. Meet the craftspeople behind the collaboration, and be the first in Seattle to sample this spring seasonal.  Then, grab a pint at these venues and check out the artists brought to you by Suicide Squeeze Records:

This Will Destroy You
March 19th – 8pm
Barboza
Seattle, WA

The Black Lips with The Coathangers
March 29th – 8pm
The Hawthorne Theatre
Portland, OR 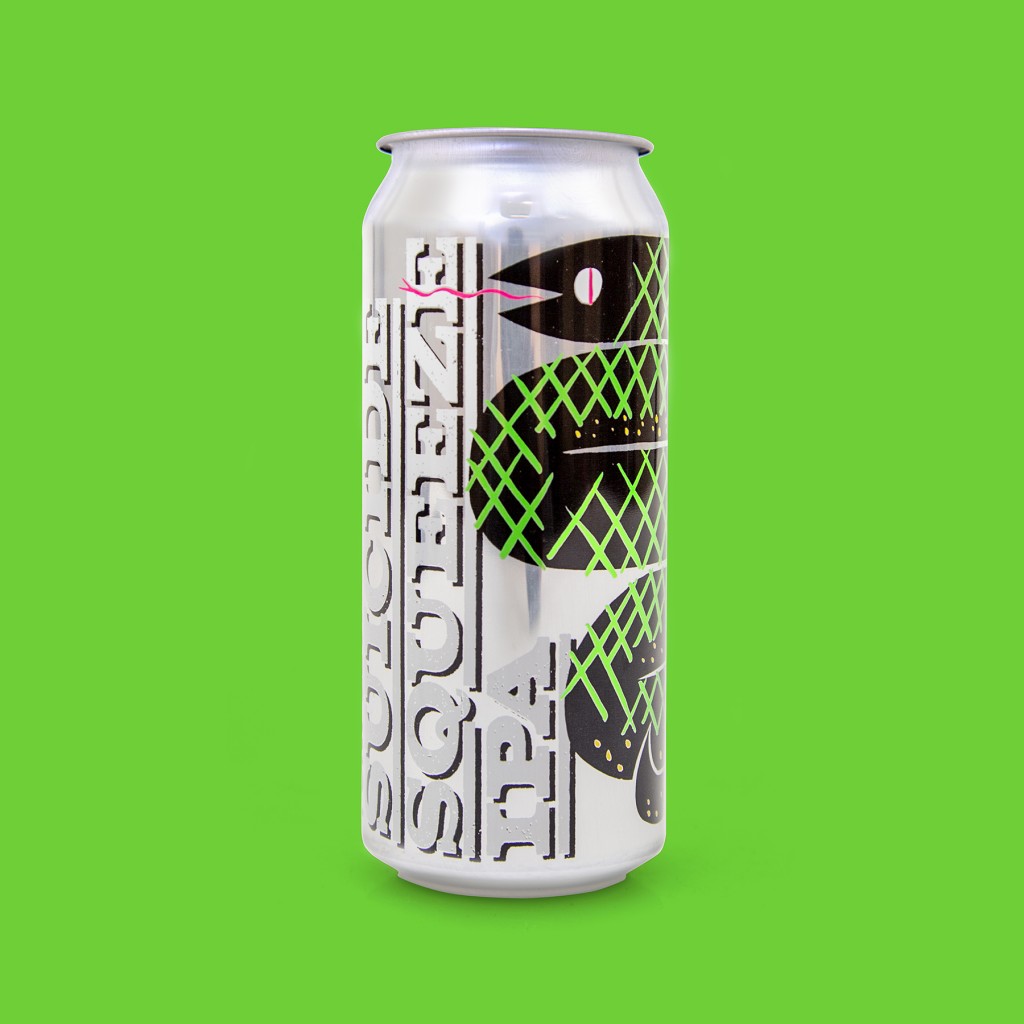 Suicide Squeeze Records is also releasing the Fort George 7”, a collection of four classic tracks plus a download code to a music sampler. This amber “beer” colored vinyl with the hypnotic snake logo will be limited to 1,000 copies and feature these Northwest artists:

Suicide Squeeze IPA is available in 16-oz cans and draft starting March 14th. Fort George beer is distributed throughout Washington, Oregon, and Northern Idaho. For more information about Suicide Squeeze IPA and a link to the music sampler go to www.fortgeorgebrewery.com/suicidesqueeze/.