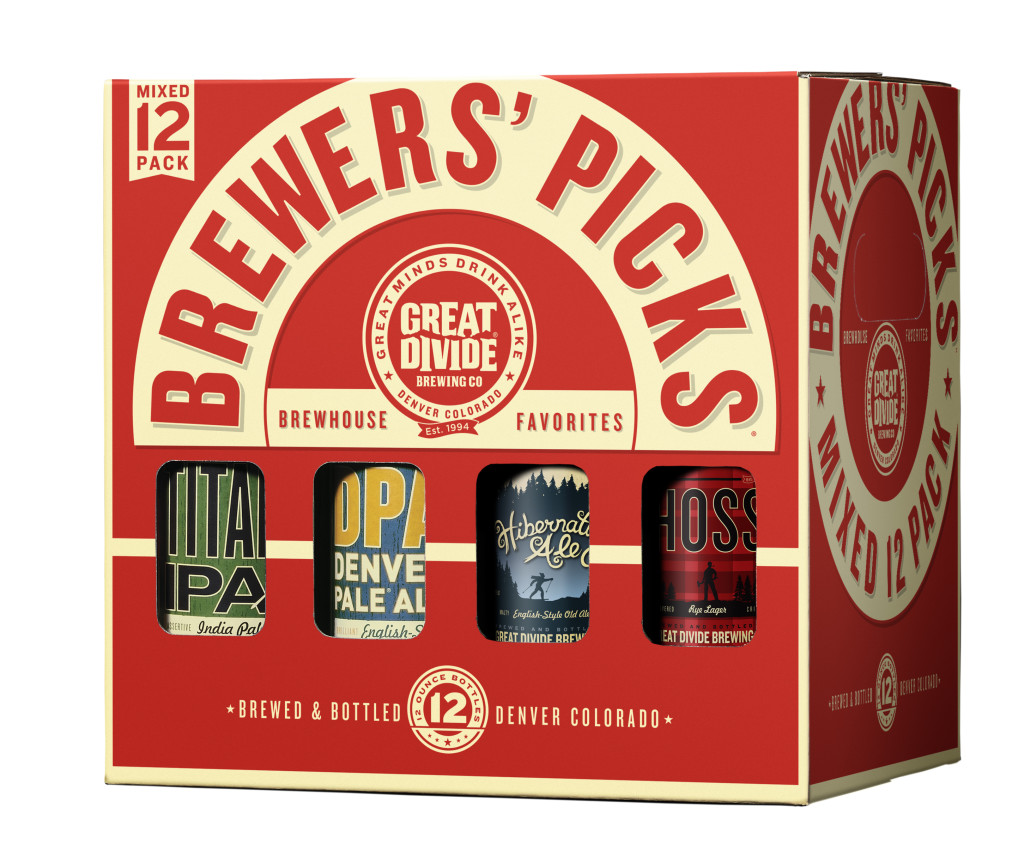 “We’re finding that the large format bottle (22oz or 750ml) is a great package for our more limited releases like Barrel Aged Hibernation or Peach Grand Cru. Those bottles are intended to be shared, and I dare say ‘fussed-over’ with friends, but we feel the 12oz 4-pack for a seasonal release is more accessible to be enjoyed anytime, regardless of occasion or company,” explains Anna Nadasdy, Great Divide Director of Sales and Marketing.

The Denver brewery is also updating designs on other packaging, and will release their Brewers’ Picks mixed 12-pack box with a new look next month. “We are gearing up for the launch of Great Divide cans this summer, and we want to make sure that our current art and our new can packaging all have a cohesive look, while remaining authentically Great Divide,” says Nadasdy. 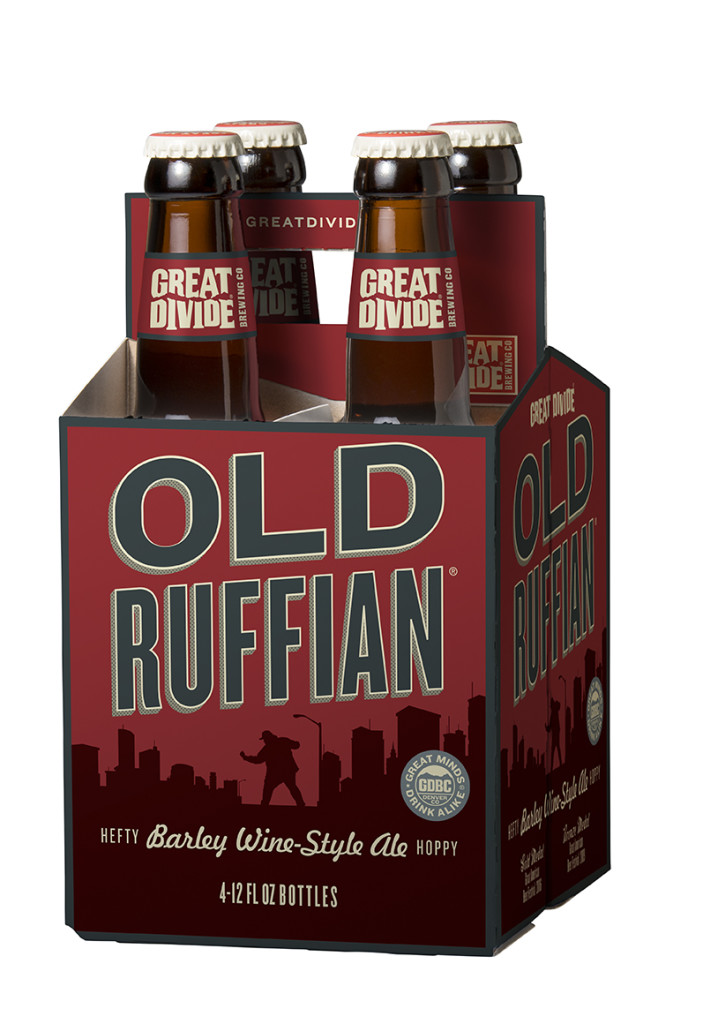 Barrel Aged Hibernation: Over 12 months in whiskey barrels has completely transformed our prized winter seasonal, producing a Hibernation that starts with big whiskey flavors before mellowing out into luscious chocolate, dark fruit and vanilla. If you can only take one beer into your cave this winter, we suggest this one. 10.5% ABV

Orabelle: Brewed with barley, wheat, oats, and rye. This Belgian-Style Tripel is a golden beauty. Its two yeast strains, orange peel and dash of coriander impart surprising complexity and richness to this delicate ale. Don’t let Orabelle’s demure nature fool you; this is one flavorful pour. Watch out, she’s a charmer—one sip and you’ll be in love. 8.3% ABV

Espresso Oak Aged Yeti: A generous infusion of Denver’s own Pablo’s espresso adds yet another layer of complexity to this beer, combining with the vanilla oak character, intense roasty maltiness and bold hop profile to create a whole new breed of mythical creature. It’s official: You can now have Yeti with breakfast. 9.5% ABV.

Great Divide brews some of the globe’s most balanced yet assertive and flavorful beers. These beers have landed an impressive amount of acclaim, earning 18 Great American Beer Festival medals and 5 World Beer Cup awards. Named “Top Brewer In Colorado” by Ratebeer.com (2013), 12th on their list of “Best Brewers In The World” (2013) and 7th on BeerAdvocate ’s “All-Time Top Breweries On Planet Earth” (2010), Great Divide is one of America’s most decorated breweries. But why take their word for it? Crack open a bottle and decide for yourself.