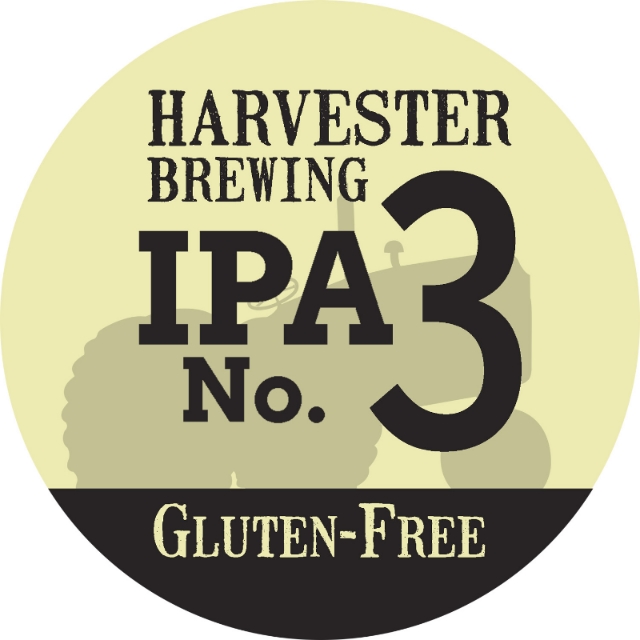 Harvester Brewing is pleased to announce their first draft beer release with their newest IPA, No. 3. The grain bill of IPA No. 3 features both roasted chestnuts and roasted buckwheat.  Crystal and Santiam hops are added throughout the boil and as dry-hops.

The combination of buckwheat, Crystal, and Santiam hops create interesting flavor and aroma combinations with notes of dried apricot and pineapple alongside the typical citrus characteristics found in Northwest IPAs. “Buckwheat, in addition to being a great source of fermentables, has wonderful flavor and aroma compounds that can also be found in many fruits including strawberries and fresh cut pineapple,” said Harvester’s head of R&D, James Neumeister. He continued, “In the development of this beer I viewed buckwheat as a third hop and considered how it would play off the oils found in the Crystal and Santiam hops.”

Maintaining the integrity of their gluten free beer from production to the consumer has always been Harvester’s top priority. Draft beer provides new challenges that don’t arise with bottled product. Harvester has worked with the Gluten Free Certification Organization to develop guidelines to help ensure the safe handling of the beer from the brewery to the consumer’s glass. Location’s that carry Harvester’s beer are committed to these safe-practices which include cleaning procedures, making sure that draft equipment is clear of any gluten contamination, and identifiable glassware, ensuring Harvester’s beer, once poured, is not confused with beer that contains gluten.

Kegs of IPA No. 3 will be hitting Portland area locations this week. There will be a release event at Belmont Station (4500 SE Stark St.), Thursday Dec. 19, 5-8pm.

Other locations carrying IPA No. 3 on draft include:

IPA No. 3 is also available on draft at the Harvester Brewing Gastropub (2030 SE 7th Ave.) alongside 7 other Harvester taps, a full gluten-free menu of seasonally inspired dishes, and bottles, growlers, and kegs to-go. After this initial launch Harvester plans to expand draft distribution outside of the Portland area in 2014.