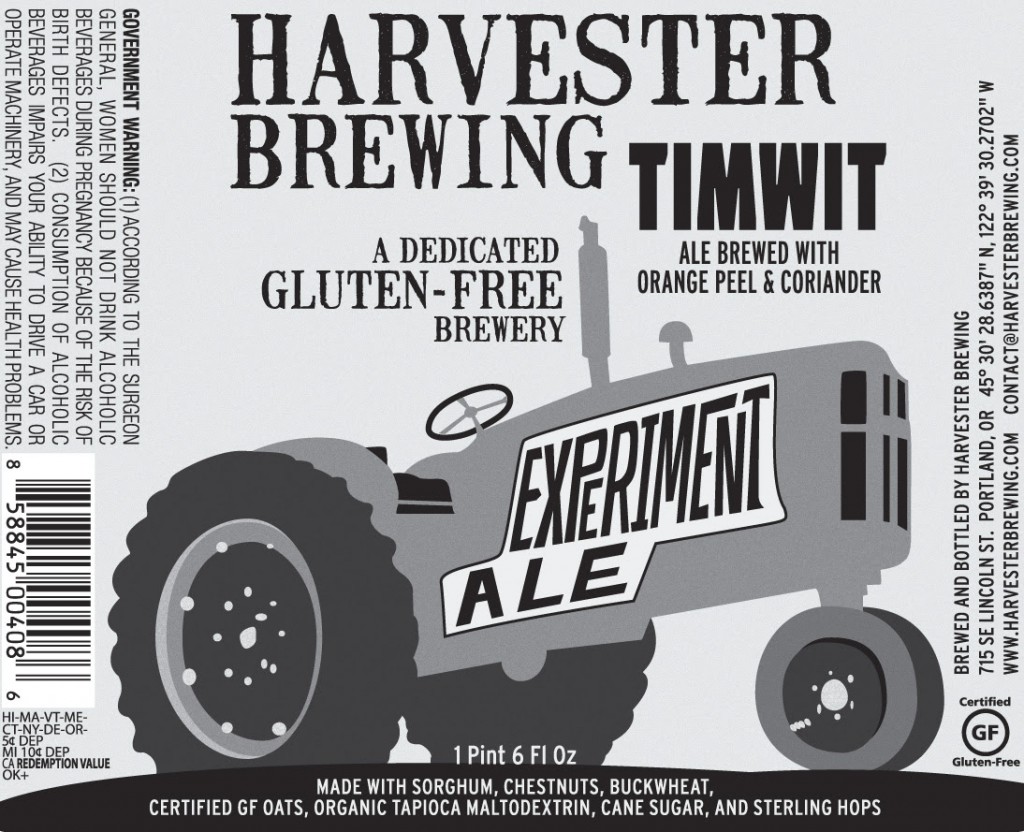 While our standard lineup proudly showcases a variety of big American styles, our goal with the Experiment Ale series is to provide something more unique. Instead of just making yet another iteration of a pale ale or IPA, we’re looking at ingredients like Belgian yeasts and noble hops to create something that’s not only delicious, but also very different from what you’ll find in our year round beers.

TIMWIT, named after our head brewer Tim Barr, is based on a traditional style Belgian witbier. It’s fermented with a Belgian yeast, giving it a light body, and the addition of toasted coriander and citrus lends an essence of fruity sweetness to a deceptively dry beer. The addition of Sterling hops, a descendant of the traditional Saaz, provides additional herb and spice notes without being overpowering.

Tim came up with the idea while working with our new buckwheat base. It had the hazy look and flavor profile of a wheat beer, minus the wheat. Perfect for a wit. After suggesting it to James Neumeister, head of R&D, we tested it out at our gastropub and the response was overwhelmingly positive. At 5.5% ABV and 16 IBU TIMWIT is bright and easy to drink. A perfect beer for warm weather.

TIMWIT will be released at the Harvester Gastropub on Thursday, May 15th, and will be rolling out to stores the following week. To celebrate the release the pub will be pouring a version of the beer brewed with strawberries and offering food pairings.