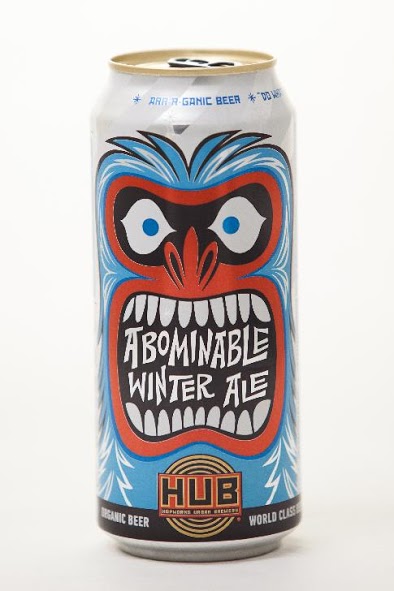 Abominable Winter Ale emerges from the depths of our brewery every winter. Made with organic Cascade, Centennial, Chinook, and Simcoe hops, Abominable has a complex floral, spicy and citrus backdrop and Munich and caramel malts provide some balanced sweetness. Abominable is 7.3% ABV and 70 IBU.

This Northwest Organic Winter Ale is available in 16 oz. cans, 22 oz. bottles and on draught in Oregon, Washington, Idaho and British Columbia bars, pubs, and stores. It is also available at Hopworks Urban Brewery and Hopworks BikeBar. 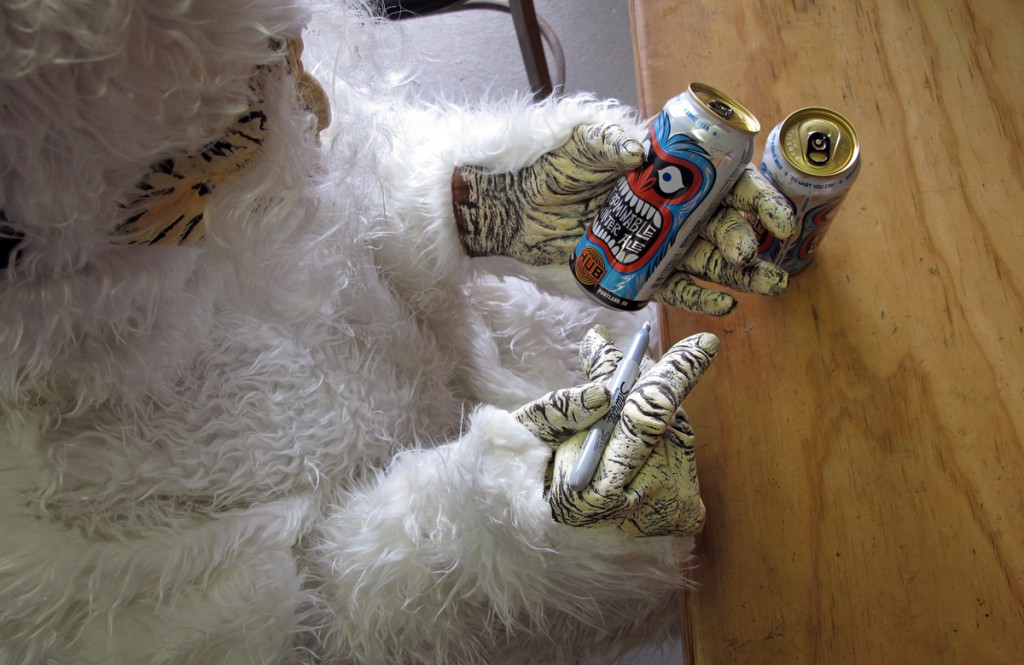 Abominable is HUB’s most popular seasonal beer and has inspired countless creative homages by Abominable fanatics around the country. This year Bella Organic Farm has created an Abominable haunted corn maze for autumnal thrill seekers.

In February, Hopworks will release the next of the company’s seasonal legends, Rise-Up Red, a gold medal-winning Northwest Red Ale that will feature a fun new design for 2015.

9/30 – Release Party at HUB – 5:30pm
On September 30, at HUB’s Powell location, viewers will get a rare glimpse of Mr. Yeti, our abominable snow friend. He will be on site to sign posters and bottles of his namesake beer, and visitors can take photos of the ever-elusive beast beginning at 6 p.m. 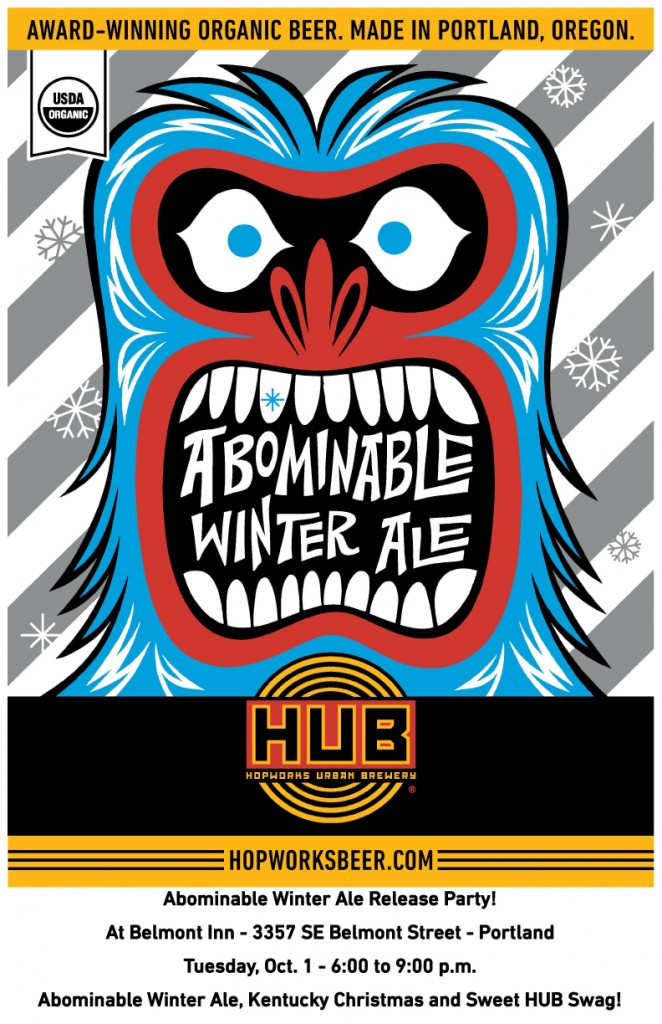 10/1 – Release Party at The Belmont Inn – 6:00-9:00pm
Hang out with HUB at The Belmont Inn for an Abominable Release Party on October 1 from 6-9 p.m. In addition to Abominable, we will pour the 2013 vintage of Kentucky Christmas, a bourbon barrel-aged version of Abominable. Throughout the month of October, Belmont Inn will continue serving Abominable along with a variety of seasonal HUB fresh hop beers. A portion of all pint sales will benefit Michelle’s Love, an organization that provides aid to single mothers during cancer treatment. The Belmont Inn is located at: 3357 SE Belmont St, Portland, OR.