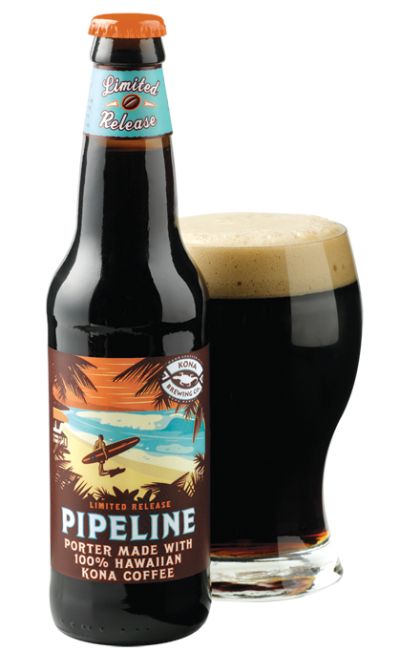 September for most of us means shorter days, fewer beach barbecues and the summer sizzle starting to wane. But there’s a bright spot on the horizon if you’re a craft beer lover; September also signals the return of Pipeline Porter, now in its fifth year, which is sure to bring back memories of Liquid Aloha. This rich, roasty blend is brewed with a hint of 100% Kona coffee from the Cornwell Estate Coffee plantation, Kona Coast neighbors of the Kona Brewery.

Inspired by Oahu’s steep and deep Banzai Pipeline, Pipeline Porter will be firing onto grocer’s shelves and tavern taps throughout the US mainland and Hawaii, mid-September through February 2011. Pipeline Porter is served at the Kailua-Kona pub year round, and pairs perfectly with winter favorites such as hearty soups and stews, roast beef sandwiches, pot roast and mashed potatoes. You could also sweeten your winter doldrums by dropping heaps of rich vanilla bean ice cream into frothy Pipeline Porter for a creamy dessert float.

“We are proud to bring this brew back for five years now,” said Kona Brewing Company president and CEO Mattson Davis. “While the mainland craft beer drinkers must bid aloha ‘oe to Wailua Wheat for a few short months, Pipeline Porter will keep them cozy and warm in between visits to the Big Island.” 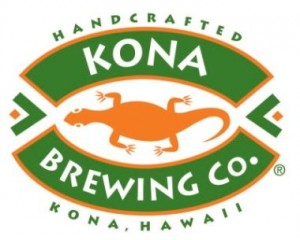 Kona Brewing Company was started in the spring of 1994 by a father and son team that had a dream to create fresh, local island brews made with spirit, passion and quality. It is a Hawaii-born and Hawaii-based craft brewery that prides itself on brewing the freshest beer of exceptional quality, closest to market. This helps to minimize its carbon footprint by reducing shipping of raw materials, finished beer and wasteful packaging materials. Recently Kona announced the installation of a 229 kW solar energy generating system at its Kailua-Kona brewery and pub on Hawaii’s Big Island. The company is headquartered where it began, in Kailua-Kona on Hawaii’s Big Island. It has grown into Hawaii’s largest brewery, has three restaurant sites in Hawaii and beer distribution reaching 28 states and Japan. The brewery was named the fastest growing top-50 craft brewing company in the country based on 2008 sales figures. It posted 19.8 percent year over year growth in 2009.