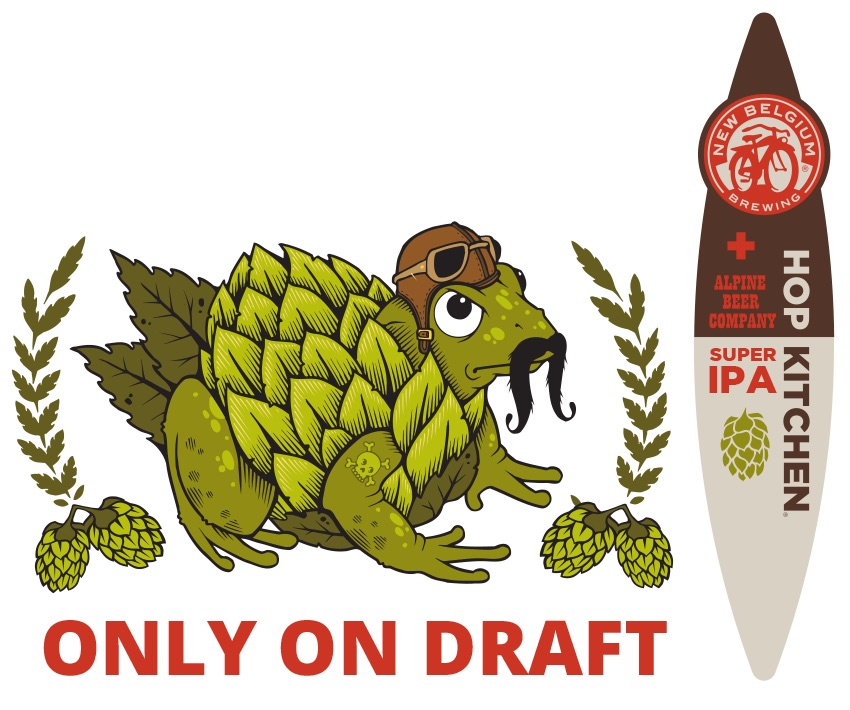 Ft. Collins, Colo., Dec. 5, 2014 – New Belgium Brewing and San Diego’s Alpine Beer Co. have come together once again for the love of IPAs. It’s a rare second visit for a New Belgium Hop Kitchen beer but this collaboration with Alpine Beer, first released in August of 2012, just begged for another round.

At nine percent ABV and 99 IBUs, Super IPA is bursting with Amarillo, Columbus, Simcoe and Centennial hops, bringing the bitter all the way to the front and back again. Specialty malts create a nice balance, but the tropical and citrus tones of the American hops undeniably dominate. Super IPA pours a sheened copper and a bright, white head floats atop.

“Super IPA is a beloved beer and we had a great time collaborating with Alpine Beer Co.,” said Matty “Smooth” Gilliland of New Belgium Brewing. “It’s a rare and special occasion for us to get to collaborate twice with the same brewery, but Super IPA was one of those beers we just couldn’t put to rest.”

Super IPA is available on draft. Pricing varies by location.

Sensory
Visual: Golden sunflower with a slight hop sheen, low foam and even lacing.
Aroma: Hop domination: dark dank pine, fresh cut grass, citrus, herbal, slight hints of fresh sweet bready malt character in the background.
Flavor: Bitter and boozy baby! The malt sweetness tries so hard just to brush against the hop bitterness without countering its cause in this Super IPA!
Mouthfeel: Almost coating from the crazy amount of essential hop oils, warm in the palate and belly from that 9% ABV, firm and enduring bitterness.
Body: Medium-Light

To find New Belgium beers near you, use the New Belgium Libation Location tool: http://www.newbelgium.com/beer/locator.aspx