Ninkasi Brewing has recently launched a new Single Hop Series of just that, single hop beers. This new series of beers is based in education and the fun experimentation with some great new hop varieties.

Currently available in Ninkasi’s new Single Hop Series is Mandarina and Azacca, available on draft this month through end of year. Then to kick off 2014, they will release Mosaic which will be available in 22oz. bottles and on draft beginning in January

Officially created in 2012, Ninkasi Brewing Company’s Single Hop Series is a project to help its brewers and consumers experience the unique characteristics of select and newly-developed hops. The series, which kicked-off with the release of Smells Like Purple brewed with Meridian hops in the summer of 2012, uses a standard malt base to showcase each individual hop. Now, each beer in the series is named for the hop in use and lends itself to a deeper understanding of the featured varietal.

“We brew with hops that are unfamiliar to us, and the single hop style lets us bring the most out of the hop, experiencing the full range of flavors possible in brewing and dry hopping the beer,” explains Jamie Floyd, founding brewer and co-owner of Ninkasi. “We promote the single-hop beers for education and to target the real beer geek.”

With a crisp, pilsner malt build, Floyd suggests that these beers be paired with seafood, poultry, spicy foods, most cheeses, and tart desserts like key lime pie.

Released in November, Mandarina is available on-draft in select markets, followed by the release of Azacca in on-draft this month. In 2014, hop-heads can expect to see three beers released to the Single Hop Series, starting with Mosaic on-draft and in 22-ounce bottles found in Ninkasi’s Spring Variety 4-Pack January through April. 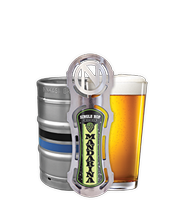 Tasting Notes: Cultivated in Huell, Germany, and available to brewers in 2012, Mandarina is an aroma hop known for its distinct tangerine and citrus flavors. This beer is balanced by a crisp pilsner malt aroma, making it the perfect way to sample the unique characteristics of this fruity hop. 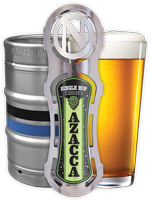 Tasting Notes: Named after the Haitian god of agriculture, Azacca hops give this beer a distinctive nose with notes of mango, apricot, apples, and pears. Paired with a clean, crisp Pilsner malt build up-front followed by the fruit characteristics of this hop, this beer is the perfect way to sample Azacca in all its glory. 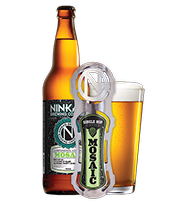