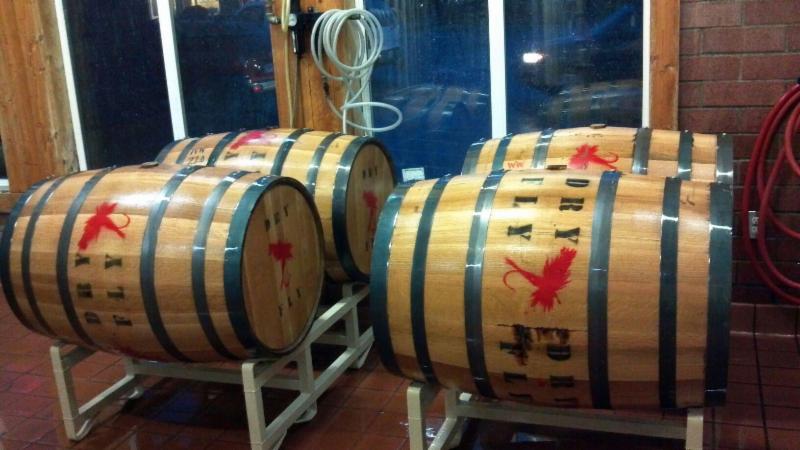 Since the opening of our new Tillamook Brewery and Tap Room (and the moving of some large tanks), we’ve rediscovered some brewery floor space in our Pacific City brewpub.  As we pondered what we could do with this space, the answer came fairly easy to us: BREW MORE BEER.   But not just any kind of beers, we will make delicious Barrel-Aged Beers!

Therefore, we are excited to announce our Pelican Barrel Project, where we will create World-Class Beers aged in various types of interesting barrels throughout 2014.

The initial release will launch in early January of 2014: “Tsunami on Wheat Whiskey”.  We have brewed a batch of Tsunami Stout to age in Dry Fly Distilling’s Washington Wheat Whiskey barrels. The beer will spend an estimated 2.5 months inside the barrels to impart the new oak flavors that we are looking for. Tsunami on Wheat Whiskey will be an extremely limited draft-only item available at our oceanfront Brewpub in Pacific City, our Tap Room in Tillamook, and a select few bars in Oregon and Washington.

On another barrel note, the 2013 Mother of all Storms release party is this coming Saturday beginning at 8am at our Brewpub in Pacific City.