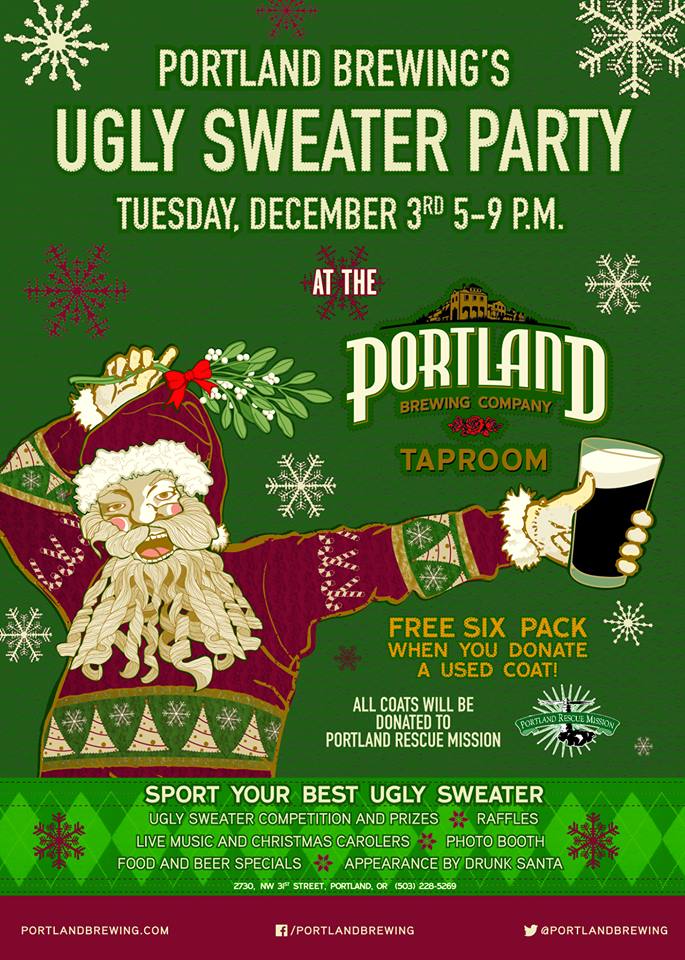 It’s that time of the year again – time to bring out your ugliest, most bedazzled holiday sweater and wear it without an ounce of shame! Join Portland Brewing Company for their annual Ugly Sweater Party.

What:  Bundle up and head down to the Portland Brewing Co. Taproom for their annual Ugly Holiday Sweater Party.

Get a FREE 6-pack with donation of a gently used winter coat. Coats will be donated to the Portland Rescue Mission.