“Since 2006, we’ve done experimental cask creations with Stone Smoked Porter and discovered how well it pairs with a broad range of ingredients, from chipotle peppers to vanilla beans,” explains Stone Brewmaster Mitch Steele. “When trying out different combinations for this specific limited release, I was really impressed with how well chocolate and orange peel worked together and knew it had to be shared with our fans on a large scale.”

Orange peel was added post-fermentation to bring about a citrusy aroma and lingering, tangy flavor. The cocoa flavors come from the dark malts and addition of chocolate from Los Angeles-based ChocoVivo, which naturally augment the beer’s sweet, robust flavor. Magnum and Mt. Hood hops provide complex flavors, aromatics and a balanced bitterness that doesn’t overpower the chocolate and citrus qualities of the beer. 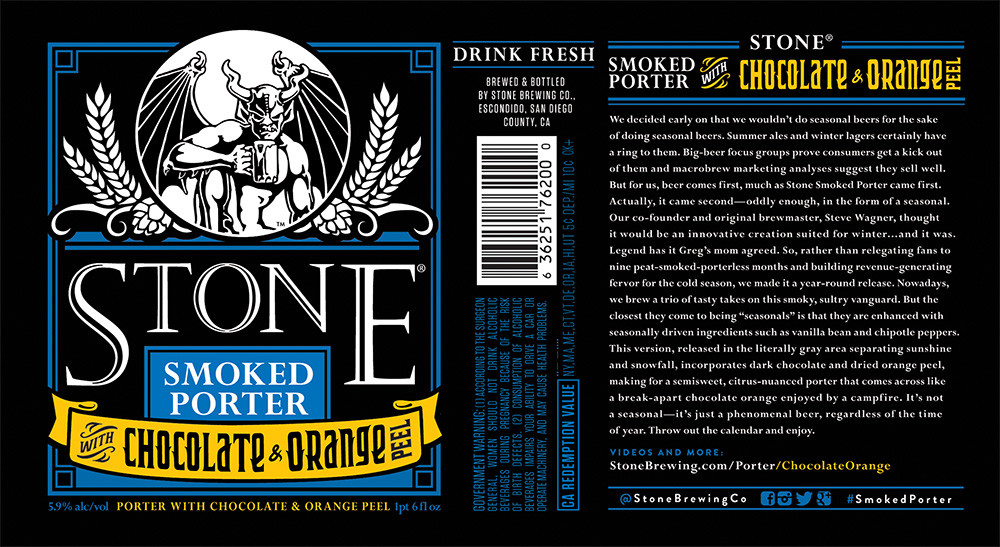