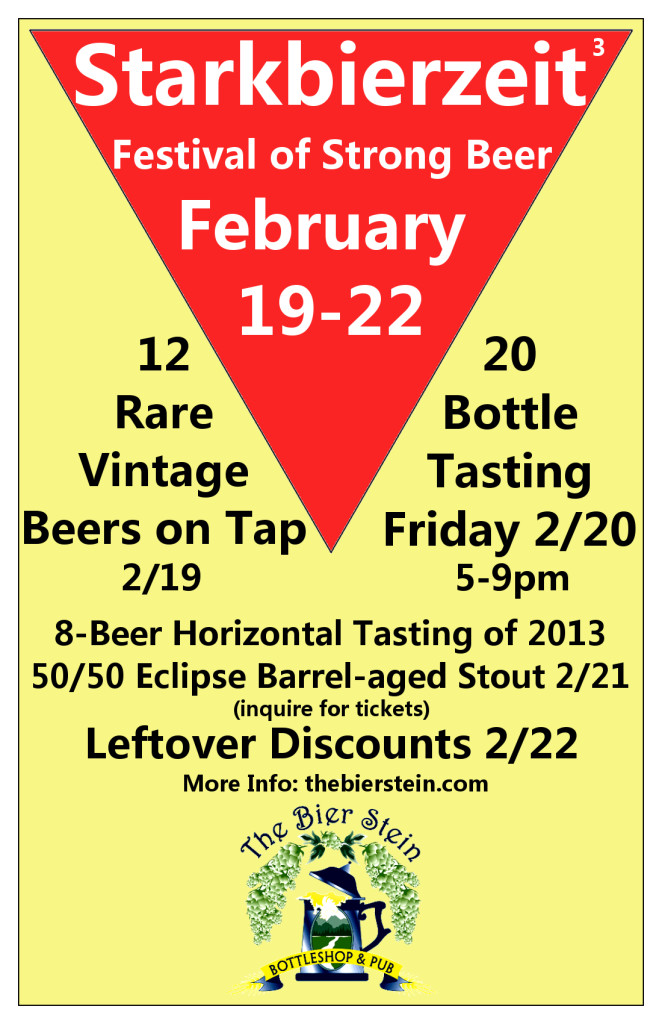 The Bier Stein Bottleshop & Pub hosts the 3rd Annual Starkbierzeit, a great way to taste rare, old, strong beer over the course of a weekend. This year, The Bier Stein decided to take Starkbierzeit on a four-day run, including a mostly foreign bottle tasting and an eight-beer horizontal of 2013 50/50 Eclipse Imperial Stout.

The origins of Starkbierzeit is a festival in Germany, much smaller than Oktoberfest, which began as an observance of the Lenten fast with higher gravity beer. Traditionally, the holiday falls toward the end of March, however The Bier Stein decided to lift people’s spirits in the last stretch of the dreary winter season.

Here is the schedule and beer lineup:

Friday, February 20th, 4-9pm:
Bottle Tasting at the Back Bar, including (subject to change):

Saturday, February 21st, 5pm:
Eight-beer horizontal tasting of 2013 50/50 Eclipse Imperial Stout. Seven of the beers were aged in different whiskey barrels, the other has coffee added. Tickets are available at The Bier Stein for $35 (limited to 18 people). The six versions of 2014 Eclipse bottles that we received will be made available for purchase after the tasting.