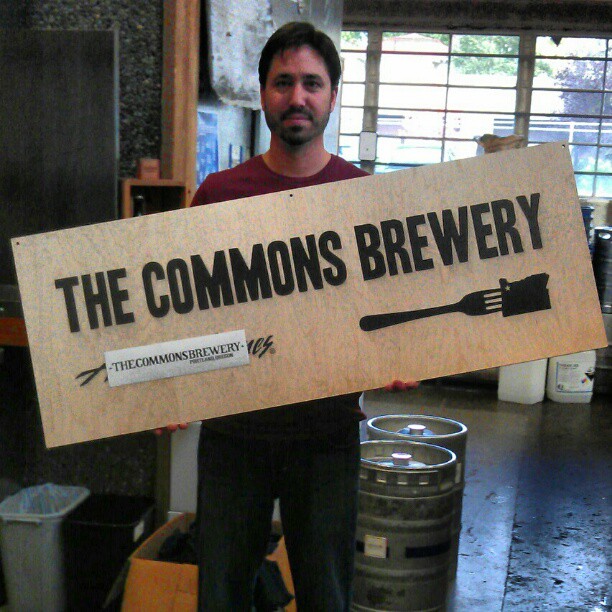 “The plan from the beginning was to self distribute until it was no longer reasonable to do. With two years of self distribution under our belt, we are now ready to partner with Morgan to help us with the daily logistics of delivering our beer throughout Oregon.”, noted Mike Wright, Founder of The Commons Brewery.

“We believe Morgan is a good fit with our company culture and future goals. Partnering with Morgan allows us to give the appropriate attention to making beer, and building and maintaining relationships with our retailers.”

“We are very excited about our partnership with The Commons Brewery. By combining The Commons Brewery’s outstanding beers with our established business in beer and beverage distribution, we are delivering an exceptional product to a demanding, sophisticated market.” said Rachel Aughenbaugh, Craft Brands Manager at Morgan Distributing.

The Commons Brewery recently doubled its production capacity by adding two 30 bbl fermentors bringing its annual capacity to 1,500 bbls. The partnership with Morgan will allow The Commons to extend their reach and better serve existing customers.

The brewery started in Mike Wright’s garage in 2010 on a 30 gallon system as Beetje Brewery, which roughly translates to “little bit”. A year later the brewery was renamed to The Commons Brewery and began operating in small commercial space in Southeast Portland in 2011. The Commons is soon to celebrate its 2nd anniversary in early December.

For more information, contact Mike Wright at contact@commonsbrewery.com or 503-819-0758.