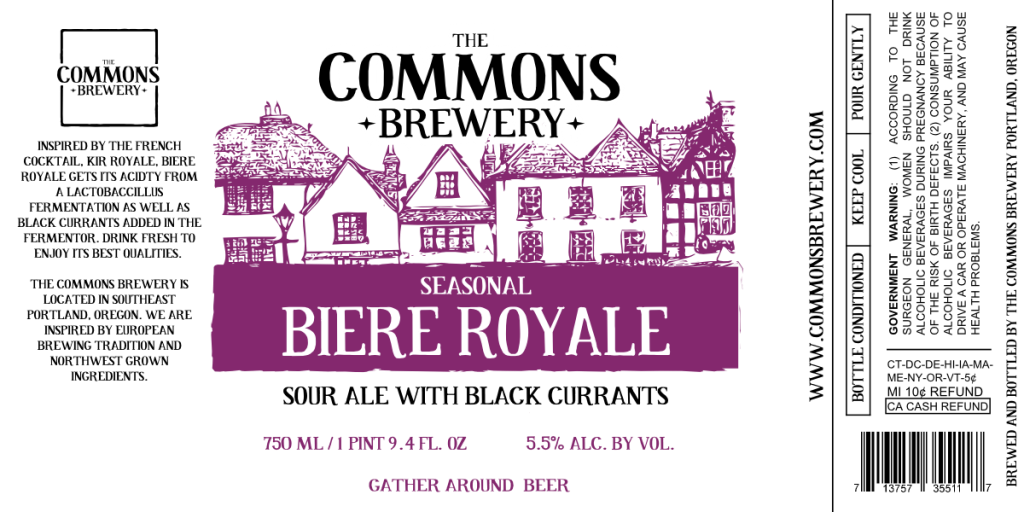 Portland, OR – The Commons Brewery will be releasing their next seasonal on Monday, July 14th at Belmont Station during their annual Puckerfest, a celebration of sour, wild and funky beers.

Biere Royale, modeled after the french cocktail Kir Royale, is a sour ale with black currants. First brewed as a popular draft-only beer for the Portland Fruit Beer Festival, the bottled version has a bright acidity from a house-grown Lactobacillus culture originally harvested from yogurt. Black Currants are added during primary fermentation to add additional acidity, fruitiness and a deep purple hue to the final product. The process was catalogued very well by our friend Sanjay at http://www.notsoprofessionalbeer.com/2013/09/brewing-with-yogurt.html.

Biere Royale will be available in 750ml capped bottles and in limited draft quantities at our Tasting Room and Portland’s finest grocery and specialty stores until mid-August. 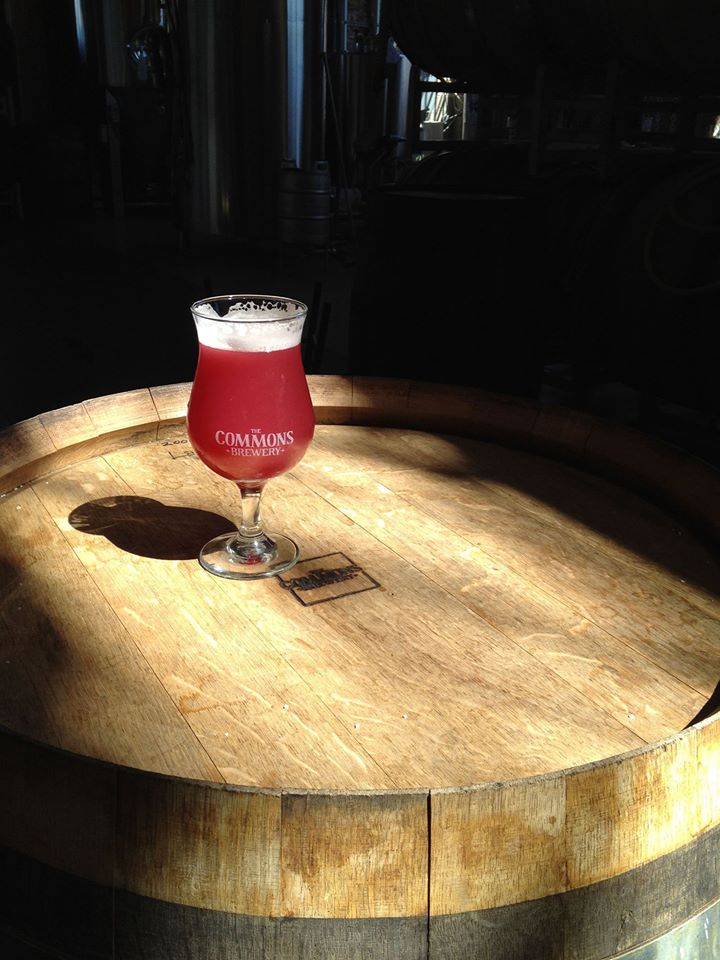