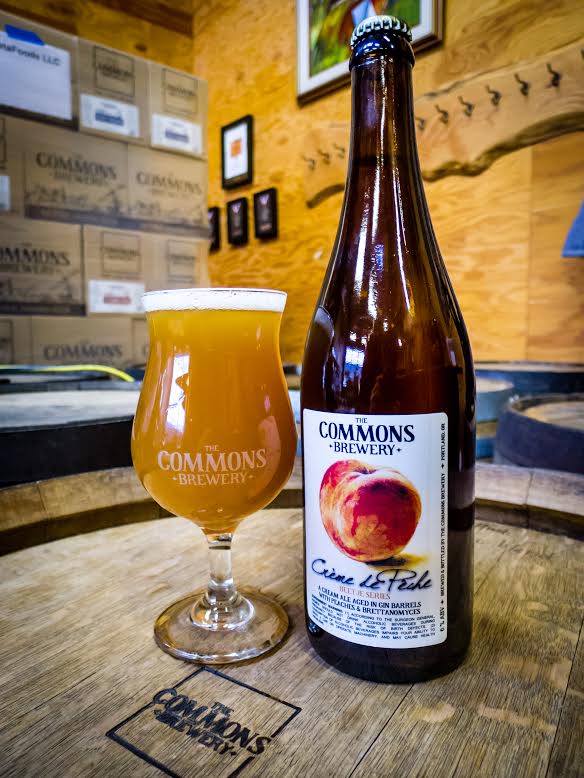 Portland, OR – The Commons Brewery will be releasing Crème de Pêche, a cream ale aged in gin barrels with fresh peaches and Brettanomyces, as part of the Beetje Series on Saturday, December, 27th, 2:00pm at the brewery Tasting Room. 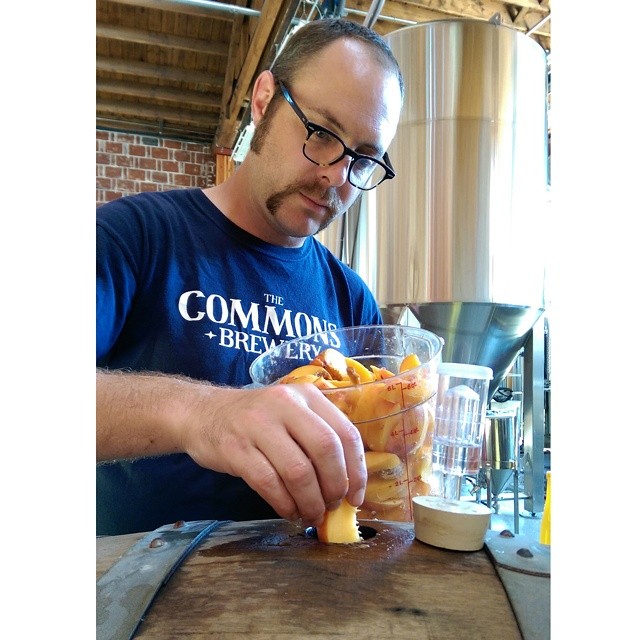 Brewed in December 2013 for the Pêche Fest hosted by Portland’s Saraveza, Crème de Pêche was added into barrels in January 2014 that previously held our popular Gin Enkel. Fresh July Elberta peaches from Oregon’s Baird Family Orchard were added directly into the barrels giving the finished beer a bright, juicy aroma and flavor. Flaked corn provides a creamy body that compliments the dryness and floral characteristics from Brettanomyces Bruxellensis. Crème de Pêche can be consumed now to enjoy the fresh peach qualities or cellared to further develop its Brettanomyces profile.

Crème de Pêche will be available in 750ml capped bottles for $15 per bottle and will be available on draft as well in limited quantities the day of the release. The beautiful label art was once again created by Adam Burke, brother of Head Brewer Sean Burke. More information about Adam Burke’s art can be found at http://www.nightjarillustration.com. 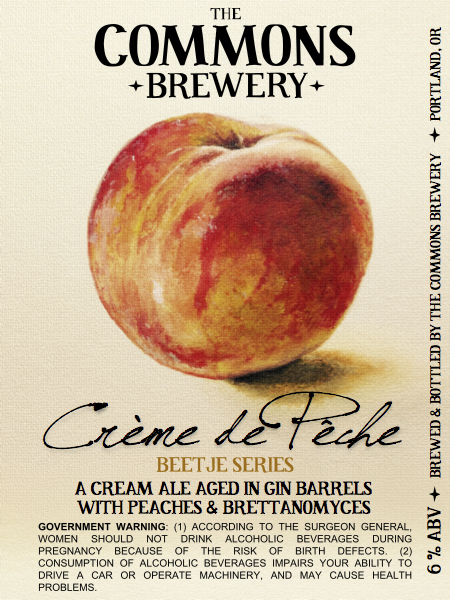