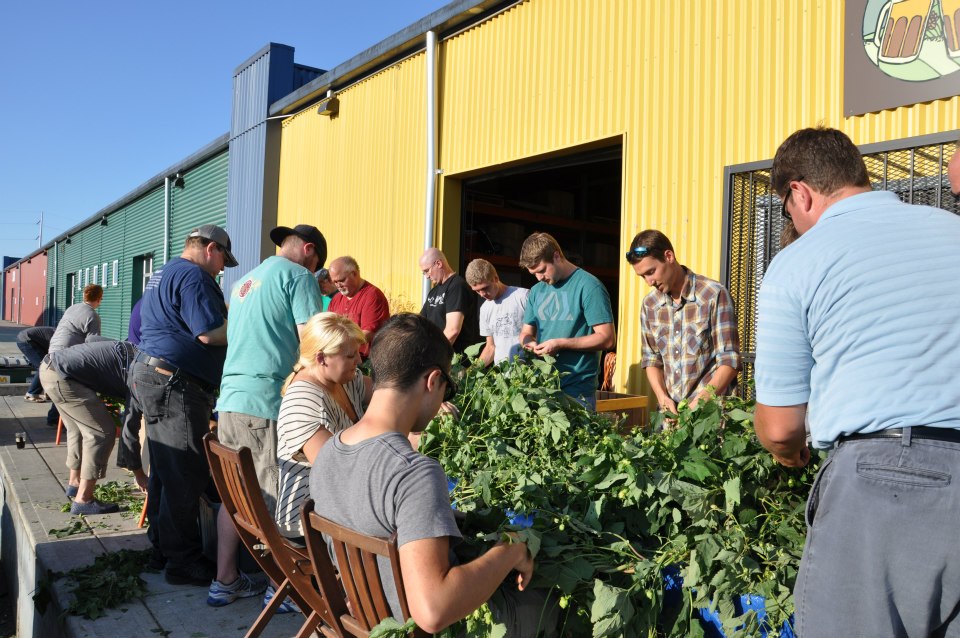 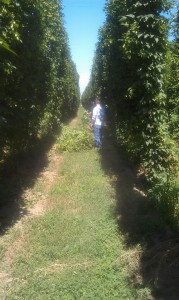 As the most highly anticipated beer on the growing brewery’s impressive tap list, Two Beers Brewing is excited to announce the early release of its 2012 Fresh Hop. Hop-enthusiasts can enjoy their first sip of this long-awaited beer beginning August 31 at the Two Beers Brewing tasting room – the earliest release for this beer yet – followed by its release in bars, restaurants and retail establishments throughout the Pacific Northwest beginning September 3. Adding to the excitement, Fresh Hop will soon after be accompanied by Two Beers Brewing’s Heart of Darkness Imperial CDA and Pumpkin Spice Ale – now both available in 22-ounce bottles.

“We look forward to this time of the year at the brewery and the flavorful beers that come with it,” said Joel VandenBrink, Two Beers Brewing founder and head brewer. “Plus, we’re excited to add Pumpkin Spice to our lineup of 22-ounce bottles, meaning more opportunity for our fans to enjoy the delicious flavors of fall.” 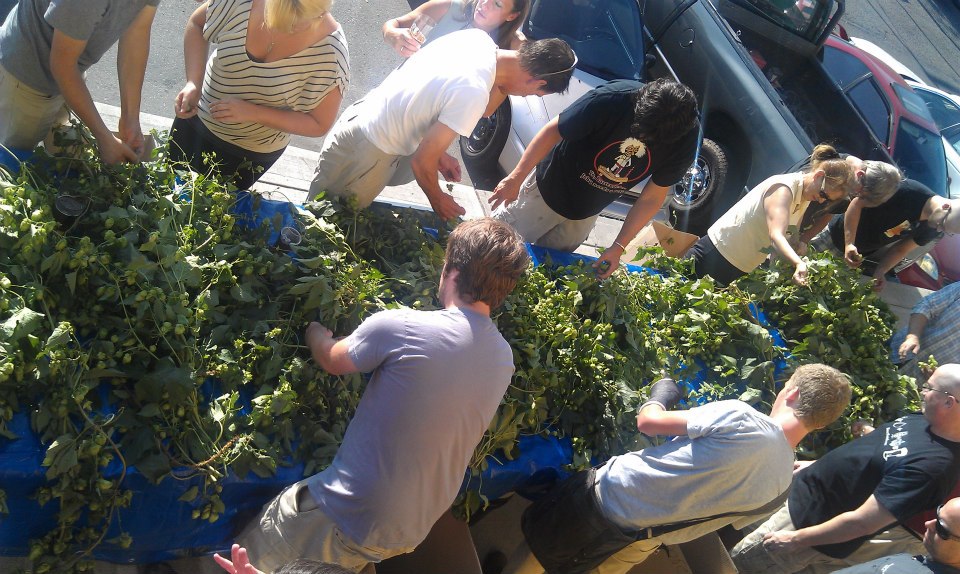 “This beer is a true demonstration of team work and our love for craft beer,” added VandenBrink. “Each year, we wait with anticipation for the call that the hops are ready. The moment we receive it, we drive to Yakima to pick them ourselves and that same day, we’re back at the brewery with staff and loyal fans handpicking the hops off the vines. There’s nothing else like it.”

“Two Beers Brewing does an amazing job capturing the flavor of the season with its Fresh Hop, which was voted top Washington fresh hop at our annual Fresh Hop Throwdown last year,” said Ellen Kelly and Rick Weersing, owners of The Noble Fir in Seattle’s Ballard neighborhood, known for its outstanding craft beer selection. “It’s a true tribute to local beer and Washington-grown hops, and we couldn’t be more excited for its return.” 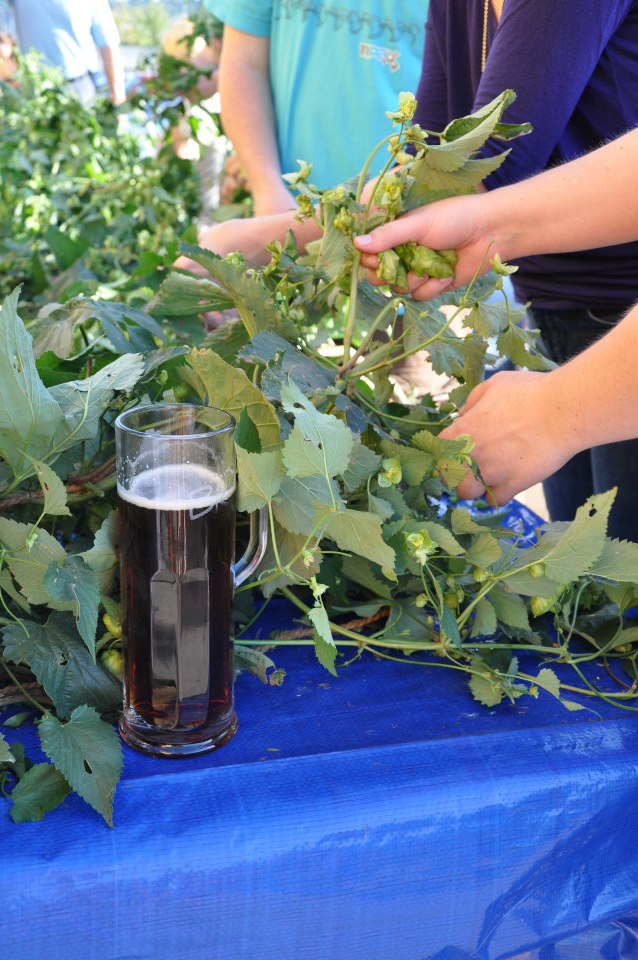 Adding to the excitement, another of the brewery’s popular fall seasonals – Pumpkin Spice Ale – will be available in 22-ounce bottles for the first time in the beer’s four-year history. Malt forward with a nutmeg and clove aroma, drinkers of this fall-focused brew will enjoy cinnamon lingering on the tongue, with allspice rounding out the back end of the palate. First released in the fall of 2009, this perfectly spiced, deep copper colored ale – brewed with cinnamon, ginger, nutmeg, cloves and allspice – makes its return to taps and now retailers on September 7.

Also joining the Two Beer Brewing tap list in September is the brewery’s Heart of Darkness Imperial Cascadian Dark Ale (CDA). Coming in 67 IBUs and a 8.4 percent ABV, this beer was first brewed as a limited release in 2011 and quickly became a popular pick, both on tap and in a bottle. An imperial version of the emerging “Black IPA” style, the Heart of Darkness Imperial CDA mixes dark roasted specialty malts with highly citrus and floral hops, and is then dry-hopped with Columbus hops for a smooth finish.  Featuring flavors of molasses, dark cherry, oak and chocolate, this noteworthy beer will be available in 22-ounce bottles and on tap around Seattle beginning October 1.

Offering twelve beers – including five year-round, seven seasonal, and a host of intricate infusions and limited releases – Two Beers Brewing also offers pints, growlers and kegs-to-go in its 4,800-square-foot SoDo brewery and tasting room, dubbed “The Woods.” Packaged products can be found throughout Washington, Oregon and Alaska, in addition to being available on tap in more than 500 restaurants and bars in Washington and Idaho. For more information, be sure to follow Two Beers Brewing on Facebook and Twitter, or visit www.twobeersbrewery.com.

Two Beers Brewing Co. – makers of Evolutionary IPA and a host of Northwest-inspired beers – began operations in a small Seattle basement in 2007. Today, Two Beers Brewing produces twelve unique beers including five year-round, seven seasonals and a host of intricate infusions in its 4,800-square-foot SoDo brewery. Two Beers Brewing can be found in Seattle-area bars and restaurants, with tastings kegs and growler fill-ups available at their tasting room located at 4700 Ohio Ave. S. (Unit A) in SoDo, open weekly Tuesday – Friday from 3 p.m. to 8 p.m. and Saturdays from 1 – 6 p.m. Select brews can also be found in 22-ounce bottles and 12-ounce cans through the tasting room, as well as local retailers in Washington, Oregon, Alaska and Idaho. With a strong belief in supporting the local economy, Two Beers Brewing takes pride in using Washington ingredients to create all of its handcrafted beers. For more information, visit www.twobeersbrewery.com.