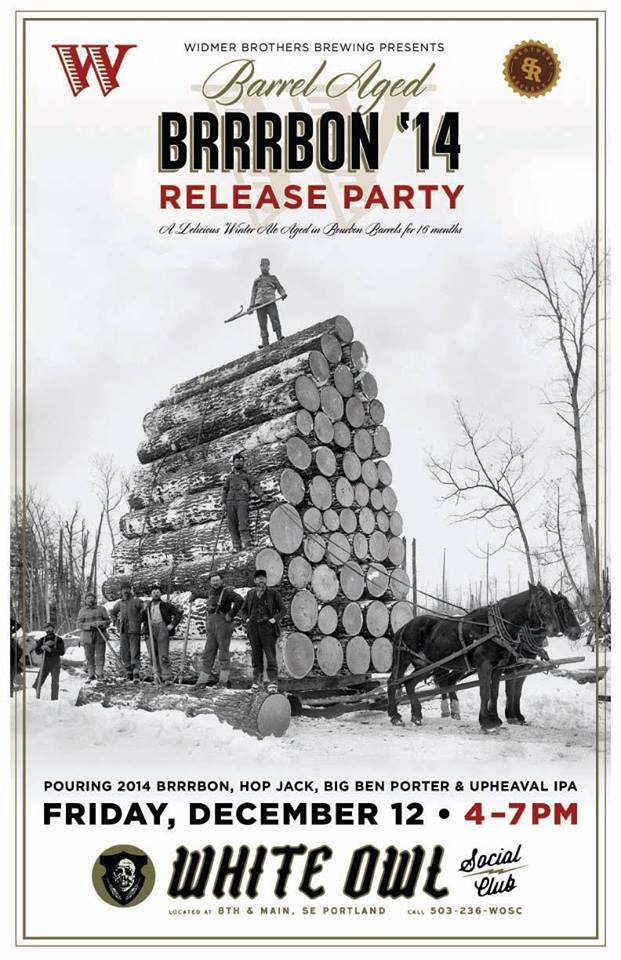 White Owl Social Club is proud and excited to once again host the release party for the yearly BRRRBON ‘14! The celebrated winter release is back, and in very very small quantities this year, due to Widmer’s high velocity “30 for 30” campaign. No bottles have been produced, so if you want it, come get it at one of Portland’s most cozy environments, and settle in next to the patio fire raging at full blast!

For those who don’t know, BRRR is Widmer’s annual Winter ale, and every year they take a small batch and age it in bourbon barrels for extra tasting pleasure. Most years, however, Widmer blends the raw aged batch with a little of the regular BRRR to cool it down a notch. But not this year! According to Widmer, for the 2014 BRRRBON, “100% of this beer was aged in barrels, it was not blended with non-barrel aged beer like our previous vintages.” That’s right folks, what you get is the raw product, 100% pure flavor country clocking in at a red hot 13% ABV after sitting in bourbon barrels for a cool 16 months!

So come on down this Friday and get it done in 2014, possibly your only chance to taste the raw BRRRBON alongside some tasty White Owl menu treats and a hot patio fire.