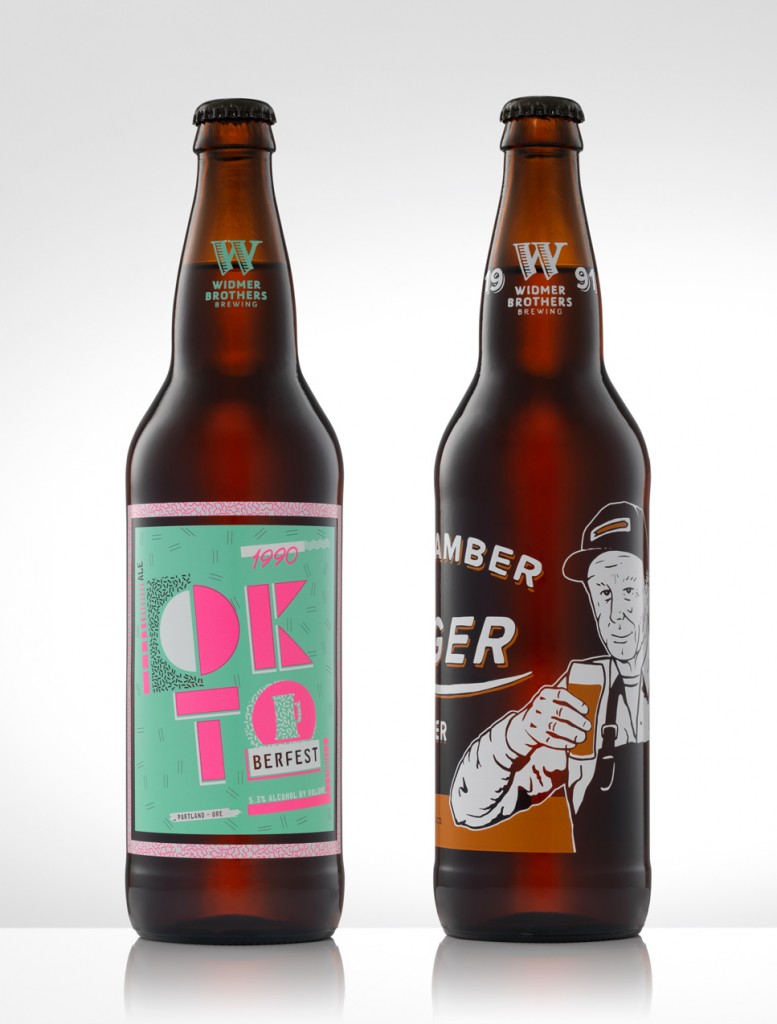 Widmer Brothers Brewing releases the next two new beers in their 30 Beers for 30 Years Series beginning today. Both releases turn back the clocks to the beginning of the 1990’s, 1990 for Oktoberfest and 1991 for Ray’s Amber Lager. Both beers will be available in 22-ounce bottles and on draught in the Portland area market. Quantities are limited, there will be only 30 cases of each beer made available to the public.

PORTLAND, Ore. – June 9, 2014 – Widmer Brothers Brewing today announced the next two beers in its 30 Beers for 30 Years Series: Oktoberfest, which represents 1990 in the craft brewery’s 30-year history, and Ray’s Amber Lager, which represents 1991. Both beers will be available in 22-ounce bottles and on draught in the Portland area in extremely limited quantities starting today.

Oktoberfest and Ray’s Amber Lager are very special to Kurt and Rob Widmer as they celebrate the 30th Anniversary of Widmer Brothers. A version of Oktoberfest is still part of the brewery’s seasonal lineup today, and Ray’s Amber Lager pays tribute to Kurt and Rob’s father, Ray, who was instrumental in helping to build the brewery in the early days when Widmer Brothers opened on NW Lovejoy in Portland’s Pearl District.

These releases were brewed at Widmer Brothers’ 10-barrel pilot brewery to the original specifications from their year of origination and release in the early 90s. Only 30 cases of each will be available to the public.

Oktoberfest is still part of the brewery’s regular line-up as the fall seasonal, Okto Festival Ale. The 30 Beers for 30 Years Series version of the beer was brewed to its original recipe found from 1990. The beer was originally released to augment the brewery’s seasonal line-up, though Kurt and Rob put their spin on the classic German Oktoberfest style by brewing it with their house Alt yeast and fermenting it as an ale, as opposed to the traditional lagered version of the style.

Ray’s Amber Lager was brewed in tribute to and named after the brothers’ father, who helped Kurt and Rob get started in many facets of the brewery. Without Ray Widmer, the brewery would not exist. Amber beers were on the rise in the early 90s, and while many of those beers were amber ales, Kurt and Rob took a different approach and introduced an amber lager rather than just another amber ale.

“Both beers, particularly Ray’s Amber Lager, are very near and dear to us,” said Rob Widmer, co-founder of Widmer Brothers Brewing. “Our dad came out of retirement to help us start the brewery 30 years ago, and we really couldn’t have done it without him. He was a very handy guy – an old farm boy who could fix your car with a hammer and some wire – and he was instrumental in the early days. We are extremely proud to re-release his namesake beer for the brewery’s 30th Anniversary.”

Each release in the 30 Beers for 30 Years Series features label artwork by Portland-based artists. Freelancer Ben Willett created the Oktoberfest label, and Tyler Segal of Factory North created the Ray’s Amber Lager label. To see both labels and to learn more about the artists, please visit www.30beersfor30years.com.