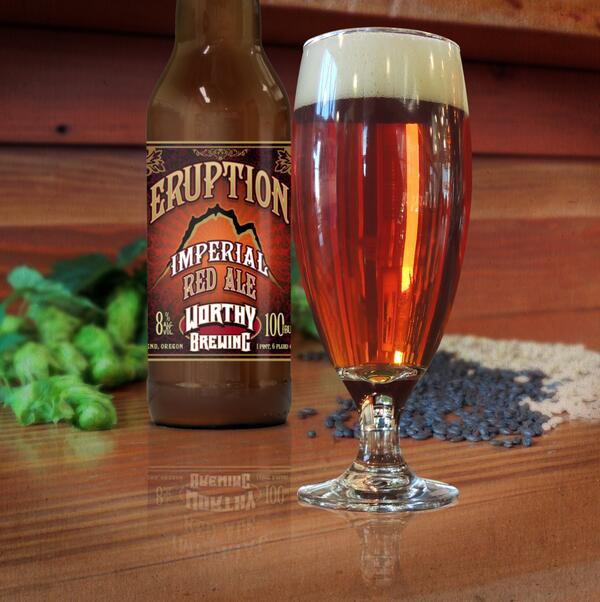 (Bend, OR) – As Spring approaches, Worthy Brewing Company is set to debut the latest in their line of packaged beers. Eruption Imperial Red Ale will be released in kegs and 22 ounce bottles the week of March 11. This is big, bold Red Ale is tantalizingly smooth and releases onto the palate a glowing stream of balanced, bittersweet goodness that warms without dehydrating the tongue.

Eruption Imperial Red Ale comes in at 8% ABV with 100+ IBUs. Quintuple hopped with a whopping six pounds of hops per barrel, Eruption was loaded with Pacific Northwest hops in the boil and hopback, then dry-hopped twice with Mandarina Brava hop from Germany. The release of 22 ounce bottles and kegs will be distributed by Columbia Distribution in Oregon and Washington and by Hayden Beverage in Idaho.

Founded in 2012, Worthy Brewing Company opened its doors in Bend, Oregon in early 2013. Within its first year, a canning line, bottling line, expanded fermentation space, and a kitchen expansion were completed. Worthy also boasts a greenhouse and hop yard onsite for growing estate and experimental hops in conjunction with Oregon State University and Indie Hops.