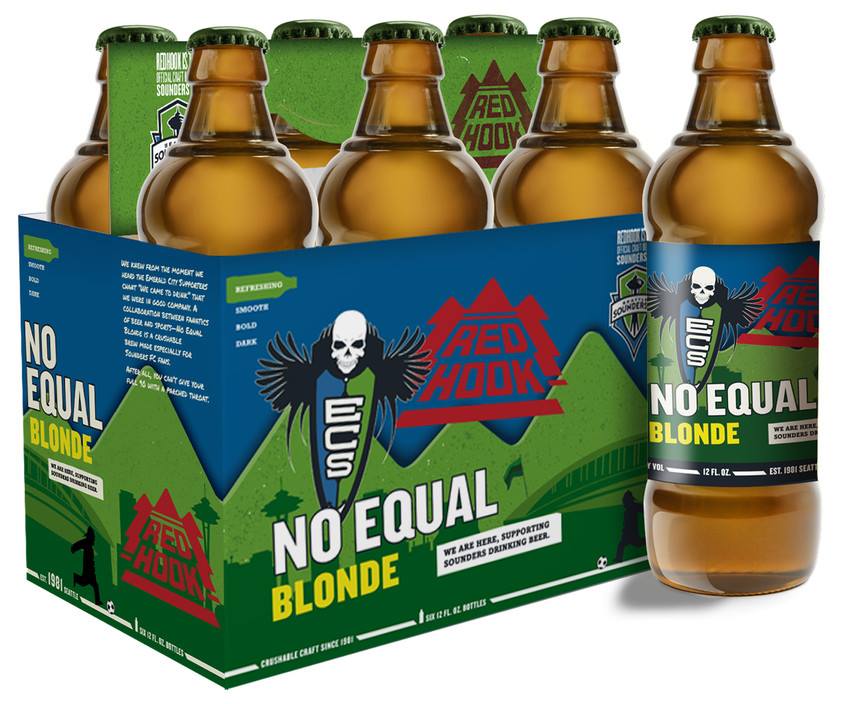 As another season of Major League Soccer is about to kickoff, Redhook Brewery has once again teamed up with the Emerald City Supporters to celebrate the Seattle Sounders FC with ECS No Equal Blonde. This will mark Redhook’s second beer that is associated with Seattle’s Emerald City Supporters. Last season Redhook released ECS No Equal Amber Lager.

And not to be outdone, fellow Craft Brew Alliance brewery, Widmer Brothers Brewing, will be releasing a new version of their Timbers Army Green & Gold Forever beer supporting the Portland Timbers. Last season Widmer featured Green & Gold Forever Kölsch but we’re told that they have something new for this upcoming season with details coming very soon.

Regarding the Redhook ECS No Equal Blonde, this American blonde ale is the second beer brewed by Redhook Brewery in collaboration with the Emerald City Supporters, the largest supporters’ group for Seattle Sounders FC.

ECS No Equal Blonde is available on draught and in six- and 12-packs of 12-ounce bottles in Washington State, with limited distribution in bordering Oregon and Idaho.

Redhook’s original collaboration with the Emerald City Supporters, ECS No Equal Amber Lager, was launched in March 2012 and proved a huge hit with supporters of the club. Both crushable beers with lower ABV, ECS No Equal Blonde is distinguished by Cascade and Willamette hops and malted wheat for a clean, crisp and refreshing finish. 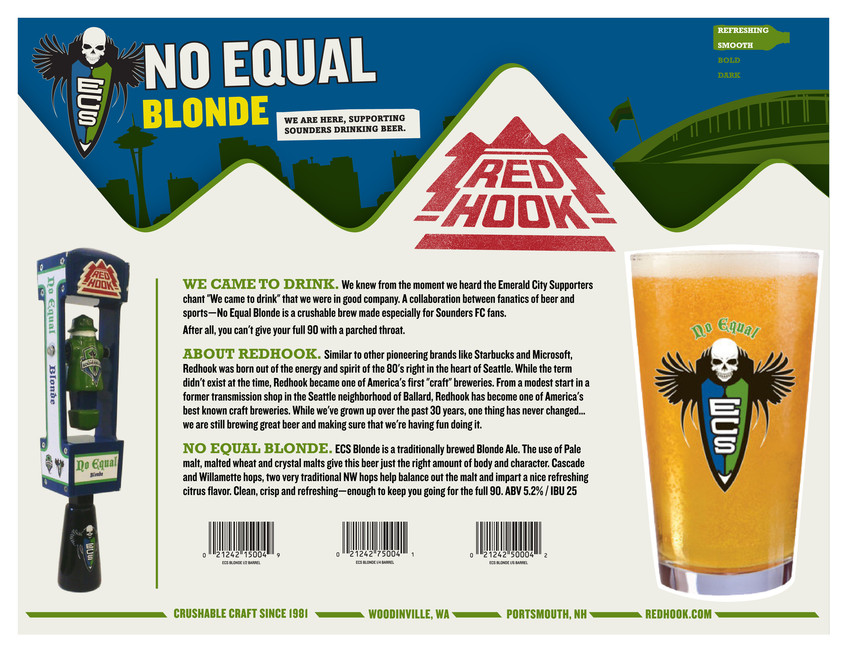 “To brew another great beer with the Emerald City Supporters, we knew it needed to quench the thirst of Sounders fans for the full 90,” said Redhook brewer Nick Crandall. “This time, we aimed for an American blonde ale and used traditional Northwest hop varieties, pale and crystal malts, and malted wheat for a balanced beer with rich malt character and a bright, clean finish.”