Every four years the entire world comes together to celebrate soccer, the most popular sport in the world. Beginning June 12th there will be 32 countries vying to advance to the next rounds to have a chance for the ultimate goal of winning the World Cup. Being that we live in Portland, what better way to celebrate this massive sporting event than at a pop-up beer garden in the city’s Northwest neighborhood?

The World Cup Beer Garden will take up a temporary residence behind the now defunct Gypsy Lounge at 625 NW 21st Ave. Organizers will be showing all 64 games over the 32 day duration in this family friendly German inspired beer garden. Though the official beer of the World Beer Cup is the “King of Beers”, the WCBG will be featuring a huge selection of local beers. The beer garden will also offer up cocktails brought to you by Merit Badge Co. You can follow them on Twitter at @meritbadgeco. 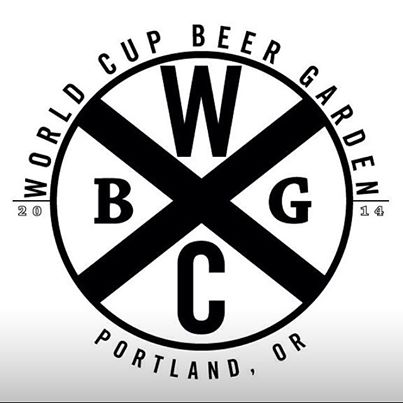 And since many of the matches will be taking place during the late morning hours, the WCBG will be serving up coffee by Sterling Coffee Roasters along with breakfast sandwiches by Fried Egg I’m In Love. And if you swing by for lunch or dinner The Bus Stop Cafe will be serving up their food for the beer garden patrons.

To keep up with the latest updates, visit the World Cup Beer Garden’s Facebook page. And use the Twitter hashtag of #skipworkwatchsoccer.